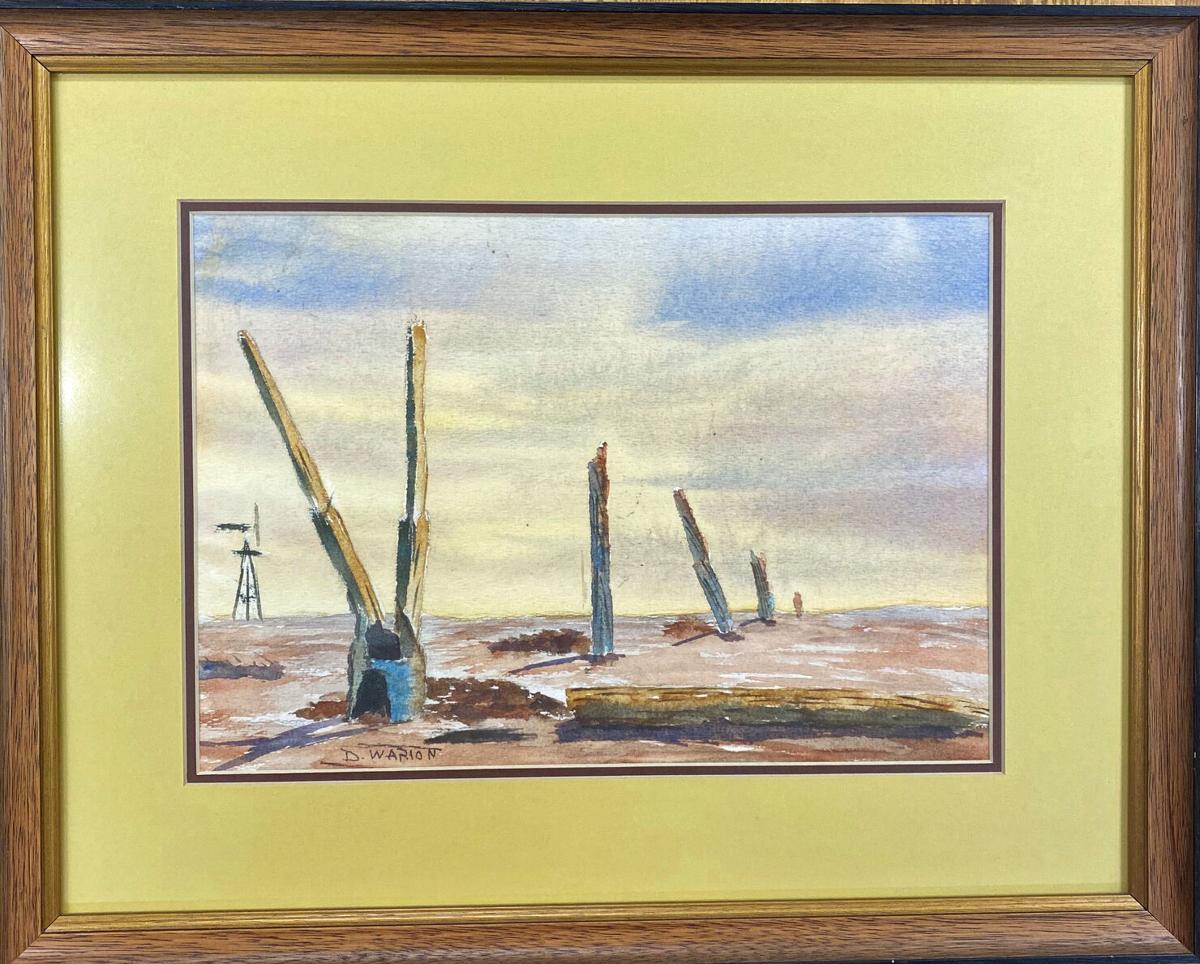 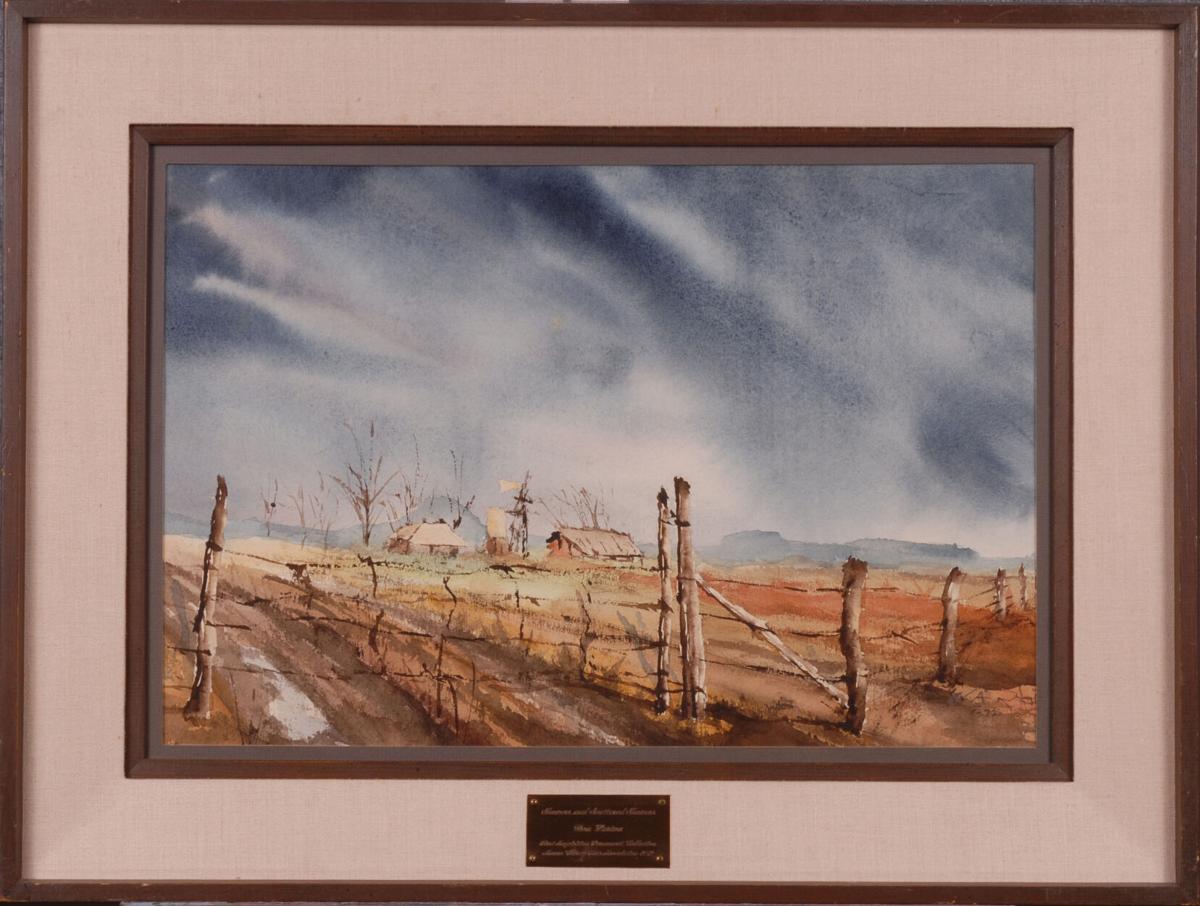 The Art Center received a recent donation of a painting done by Don Warton, a well known Dumas artist.

Don was an artist who turned to art as a means of rehabilitation following an accident at age 18.  He dove head first down a slide into a swimming pool and wound up paralyzed from the neck down.

He spent three months in a hospital and was told he would never leave his bed. Confined to a wheelchair, Warton was unable to sit, stand, turn, dress or feed himself without braces and the help of his wife, Edith.

When the accident happened, Warton was working as a ranch hand and supporting his wife and three children. When he realized his life had drastically changed, he kept thinking of the ranch scenes that were so familiar to him. Despite having only four usable muscles in his shoulder, he found he could paint.

One day a friend gave him a sketch pad and he accepted the challenge as a form of therapy.  Special braces were made for him with help from the Gonzales Foundation in Warm Springs, Texas, and the Texas Institute for Rehabilitation and Research in Houston.  He began taking art lessons locally.

In order to paint or sketch, he wore a carbon dioxide-regulated brace on his left hand and drew or painted using side strokes only.  For detail, he would apply pressure on the brush in one place and move the paper around.

The Premier was in Houston for a tour of the Texas Institute for Rehabilitation and Research.  Warton’s painting was a watercolor entitled “The Fence Rider”.  It showed a tired cowboy and his horse and was chosen because the Premier wanted a painting symbolic of Texas.

Warton felt the feelings he lost in his body in the swimming accident awakened other feelings and that is conveyed in his work.

“Before this happened, I just went about the day’s work without really thinking too much about it.  Now I see and feel and hear so much more.  It’s such a good feeling, and this is what I try to picture in my paintings.  I feel the accident has been worth what I have learned about art.”

The Art Center has one other Warton painting in its collection.  “Showers and Scattered Showers” was donated many year ago by the artist. The new Warton painting will be on display during the Permanent Collection exhibit in July and August.