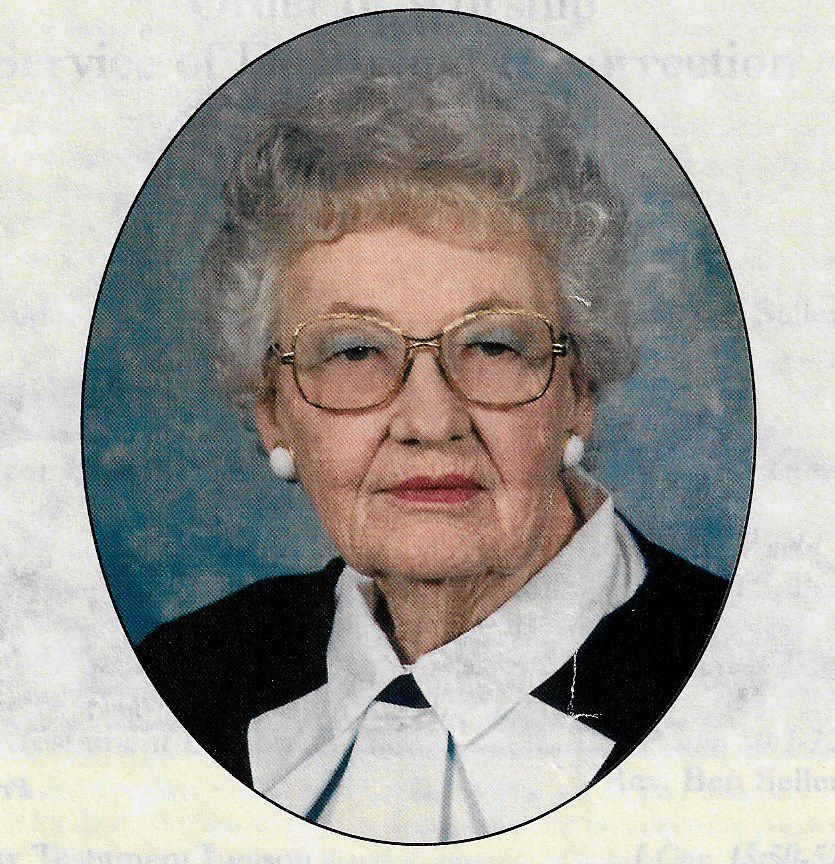 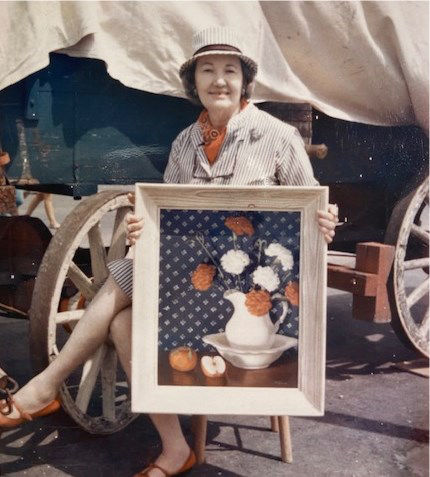 When young Mildred Irene (Mil) Burnett arrived in Dumas with her family her first thoughts were “On a late spring day in 1918 as my family and I approached the city of Dumas all I could see was a courthouse, windmill and water tower silhouetted against the rainy sky.  It looked as it was situated on the open prairie.  I wasn’t far wrong! The houses were few and far between.  I wasn’t sure then that I wanted to live in Dumas.”

Mil was 8 years old at the time and remembered getting her first drink from that big tank. She and her family had moved to Dumas from a little community south of Memphis called Indian Creek. Her father was a farmer and had had luck growing cotton on the South Plains.  He wanted to extend the crop to the Panhandle area.

She and her brother, Cy, attended school in Dumas. Mil graduated in 1928 as class valedictorian and went on to Texas Tech to study art.  She continued her studies at West Texas State College and California College of Arts and Crafts in Oakland, CA.

Mil’s studies of art were temporarily delayed in 1933 when she met and married Howard (Howdy) Boyd.  He was employed with an oil drilling company and they lived in Pampa until Howdy joined the SeaBees early in World War II.

While living in Pampa, Mil resumed her studies of art with private instruction from Frank Hutton Schill, who helped her develop skills in portrait painting. She also studied landscape skills with Grant Reynard a well-known artist from New Jersey.

Mil was especially known for her color techniques and was partial to working with oils. She often used other media such as watercolor, pastel, pencil, tempera and ink.

In an article from the Moore County NewsHPress “Heroes of the Century in 1999, “Mil brought the world of art to Moore County – a much tougher task than forking a bronc, wild-catin’ for oil and gas or putting down a few recalcitrant bad men.”

Mil promoted art whereever she went, whenever she could.  She was at a Dumas Lions Club meeting one day and was told she had 20 minutes to present her talk.  Her talk was so impressive that the school superintendent, Walter Travis, who was at the meeting, told her he’d “cross the street if he saw her coming toward him.” He said he knew she “would chide him about the lack of an art program in the schools if he didn’t run when he saw her coming.”

Later he approached Mil about teaching a history class for the remainder of the year with the chance of starting an art department.  According to Mil, “He said, either put up or shut up.” Mil organized the art classes and today Dumas High School has a very active art department.

Mil worked to organize local artists into the Moore County Art Association and later the organization opened Crabb Art Center on East First Street.  In 2004, the center was moved to 1810 S. Dumas Ave. and became The Art Center.

Archives at Window on the Plains Museum and The Art Center