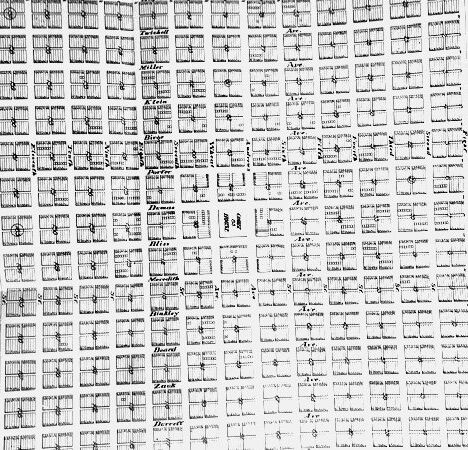 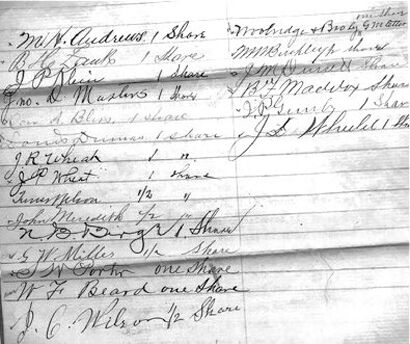 Louis Dumas came to Moore County from Grayson County with the idea of establishing a town.

A January 1891 edition of the Tascosa pioneer reported Louis Dumas had been in the Rivers (now Channing) area looking for a place to start a town.

He had several active real estate ventures going at the time and was considered a successful farmer and business man in Sherman where he lived. He and a group of men from Sherman formed the Panhandle Townsite Company in 1890.  The plan was to purchase land, survey and plot a town and then sell tracts of land.  Dumas and J. R. Wheat arrived in Channing by train and joined W. D. Twichell, a surveyor, to ride horseback into Moore County .

The two trustees of the Townsite Company, Dumas and  Wheat, purchased Section 237, blk 55, of the H&TC Ry. Co. Survey.  Twichell surveyed and plotted the town on April 22, 1891

Twichell Street is named for the surveyor.  He never lived in Dumas, but was a well known surveyor in the area.  He was the Potter county surveyor and surveyed many of the surrounding towns. He later became State Surveyor and was instrumental in starting a private school in Amarillo which later became Amarillo College.  He was also one of the founders of the Amarillo Daily News in 1907.

Planning for the layout of Dumas was for a school to be on the southwest corner of Section 142, Block 31. Streets were unusually wide in the original section, especially around the courthouse.  Wide streets were not common in the late 1890’s.

Streets in the original townsite were named after members of the company or for friends of Dumas.  Many never saw Dumas.

W. M. Binkley is thought to have been a Methodist preacher and may have lived here for a short time.  Binkley ran a hotel in Sherman.

Frank Maddox made the H&TC survey and he picked the site for the townsite.

When the lots were plotted, the company began plans to start building and promoting the town.  An 1891 advertisement by a real estate firm in Sherman was offering the land for $2 an acre.  To begin the town, the company built a two-story frame building at what is now 620-622 South Dumas Avenue.  The first floor contained an office, post office and general store.  The second floor served as a hotel where male guests slept on cots of bedrolls thrown on the floor.  Hotels built later would have a downstairs room or two for ladies.

In less than six months from the time Dumas started prospecting for land, the town was officially established.  In 1892 it became the county seat.