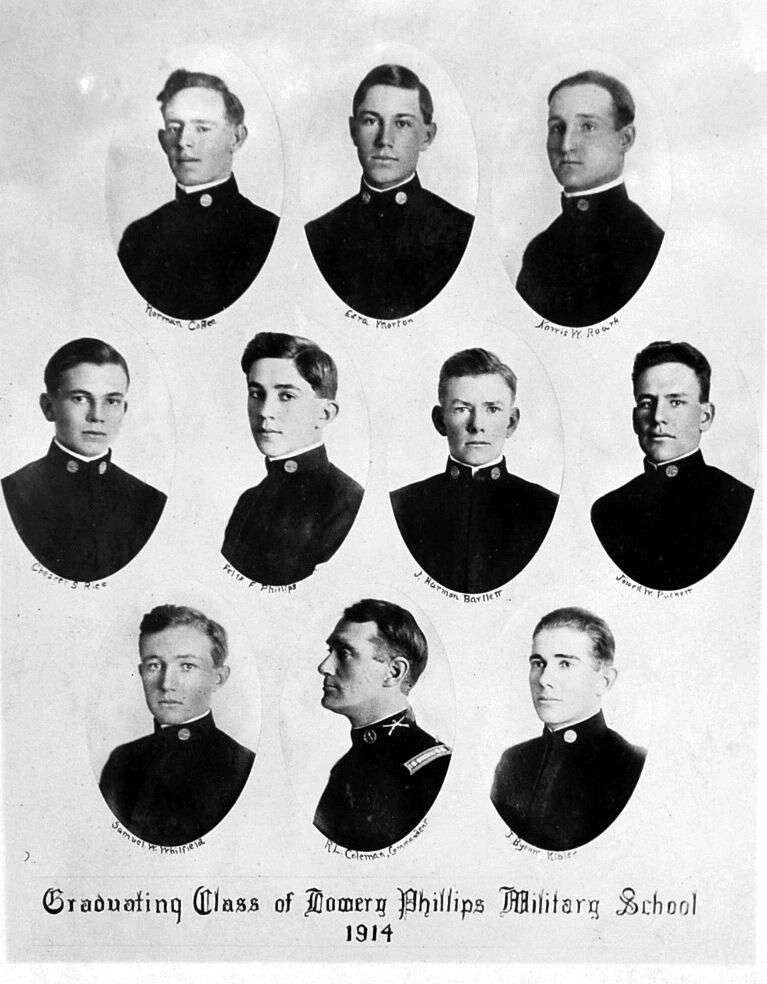 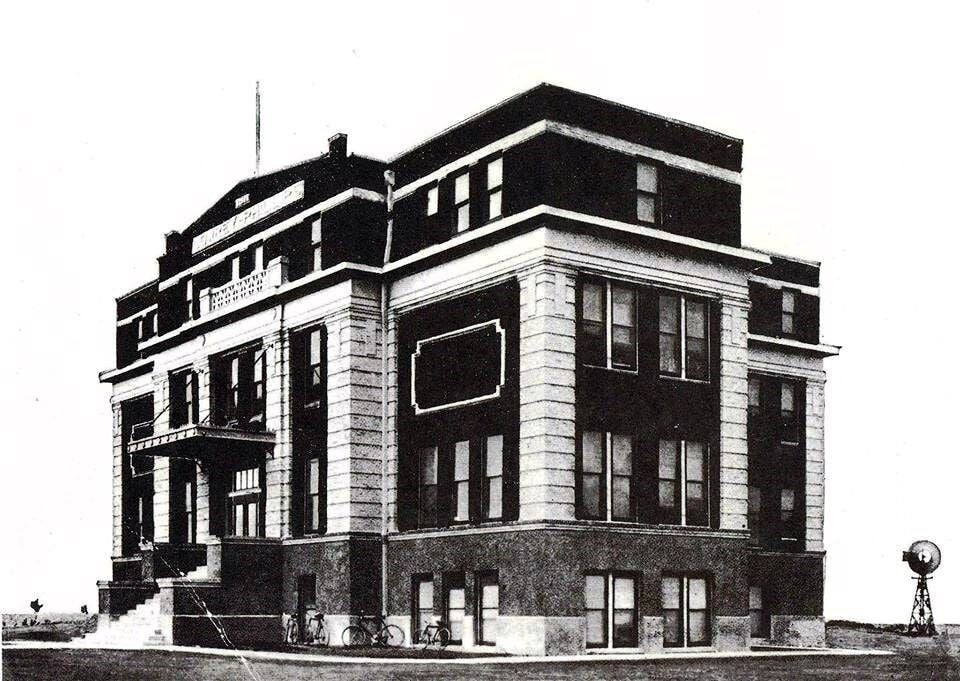 January of 1913 brought a major change in the lives of three young Moore county men.  W. J. Morton Jr, Ezra Morton and John Walker were enrolled in the Amarillo Military Academy to continue their education.  W. J. was 19 years old, Ezra was 18 and John was 22.

The Amarillo Military Academy opened in Amarillo on September 1, 1910 and known as The Lowery-Phillips School.  It was a private boarding school, named for its founders, B. G. Lowery and F. F. Phillips.

The school was originally located on Taylor Street with an additional music department on Pierce Street. It was coeducational and was accredited to teach courses from elementary level through junior college.

It became mainly a boys’ military school in 1912.

The enrollment during the school’s first year, encouraged support from the Amarillo Chamber of Commerce and it was decided to move to a permanent location.  In the summer of 1911 architect William Rice was given a contract to design and build a three-story brick structure with a basement.  The school offered courses in English, history, science, math, art, music and military training.  It became noted for its baseball and football programs.

In the May 5, 1912 edition of the Amarillo Daily News, the school advertised “Men sometime pay seventy-five dollars a month for a course of real training for a blooded dog or horse.  They expect a horse, for instance, to be well kept, well fed, carried well, exercised etc.  We want to take your boy and train him the same way.  We want to train him to be more prompt and accurate, more lithe and alert in his steps, to stand more erect, to exercise more self-control in every way, have better table manners, masticate his food better, think more correctly and be in every way a more perfect gentleman.”

4:00-6:00 – Outdoor exercises under direction of coaches and teachers, including baseball, golf, tennis etc.

The three young men attended the school until the spring of 1916 when the school closed because of lack of financial support.  The building was used as a children’s home by the Presbyterian church, then as a rescue home for blacks.  It was abandoned and finally razed in 1966.