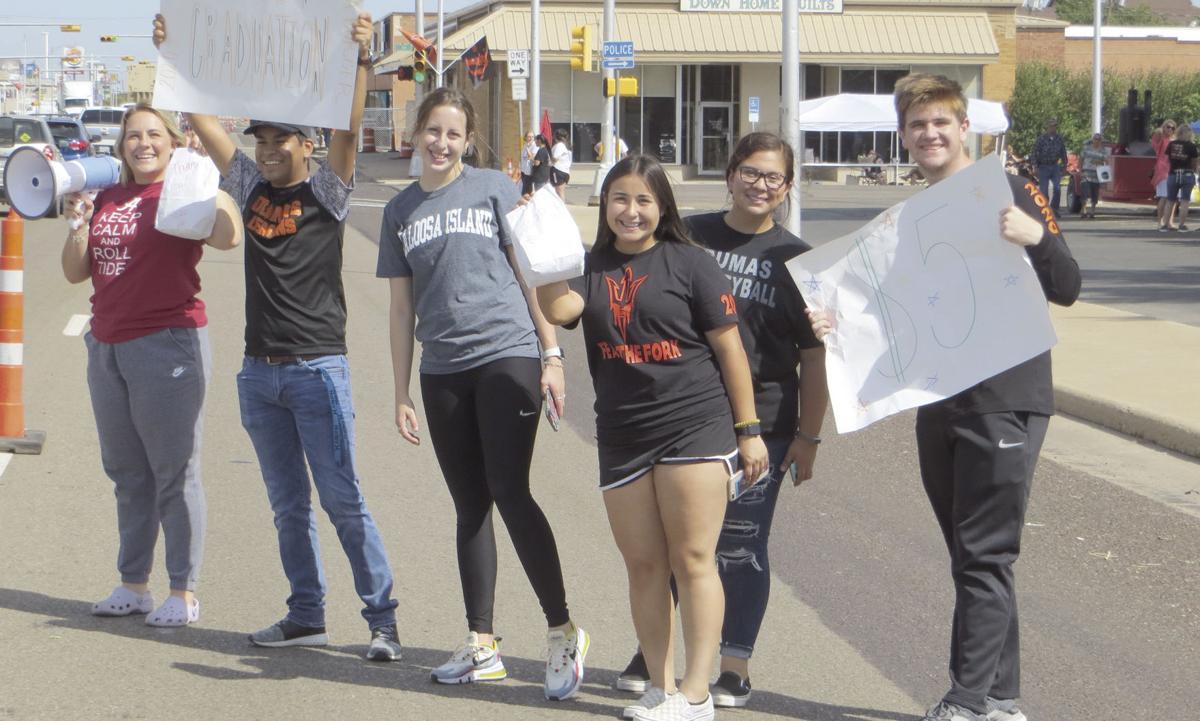 Dumas High School students flag down vehicles on Dumas Avenue Saturday at the Dumas Downtown Association's sidewalk sale.  The students were selling grilled hamburgers to motorists for Project Graduation, an effort to provide a safe celebration for graduating seniors. 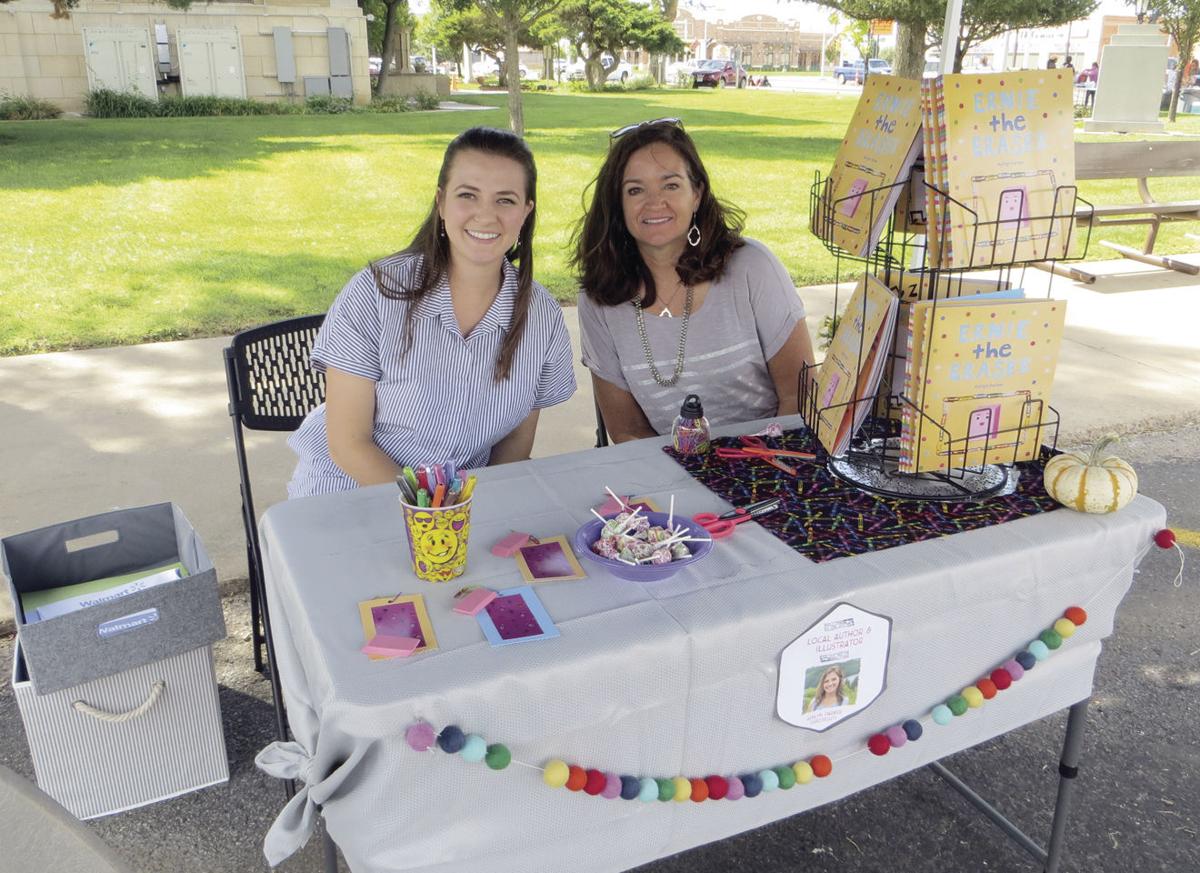 Ashlyn Parker and Angela Grotegut selling children's books, written and illustrated by Parker, at the sidewalk sale on Saturday.

Dumas High School students flag down vehicles on Dumas Avenue Saturday at the Dumas Downtown Association's sidewalk sale.  The students were selling grilled hamburgers to motorists for Project Graduation, an effort to provide a safe celebration for graduating seniors.

Ashlyn Parker and Angela Grotegut selling children's books, written and illustrated by Parker, at the sidewalk sale on Saturday.

"We have done a lot of business," said author and illustrator Ashlyn Parker.  She was manning a table with her mother-in-law, Angela Grotegut, Saturday on the courthouse square in Dumas.  The two women had come all the way from Gruver to the 2019 Dumas Downtown Association's annual sidewalk sale to sell copies of "Ernie the Eraser," the children's book that Parker had written and illustrated.  "We are meeting a lot of people and selling a lot," she said.

Parker was not the only one doing a brisk business Saturday.  Libby Bain of Flowers Etc. said, "Quite a few people have stopped by.  It has been better than a regular Saturday."  The store was offering shoppers a 20 percent discount on all home decor items and 30 percent off lamps as an inducement.

In front of the courthouse, students from Dumas High School were flagging down motorists on Dumas Avenue, trying to sell them hamburgers grilled by the men of Project Graduation, a group of parents and students raising money to give graduating seniors a graduation celebration that would be a safer alternative to keg parties and other less healthy events.  While the students were drumming up business on the street, Jan Stovall, Jessica Brokamontes, Patricia Saenz, Soledad and Nubia Rivero, and others were serving the hamburgers from tables at the front of the courthouse.  They reported that business was good.  It helped that traffic in front of the courthouse, reduced to one northbound lane, was moving slowly.

Among the other vendors on the square, Cultivate was offering bird houses, wind chimes, and other garden items;  photographer Madison Stallwitz was shooting portraits of children against a fall background.

While people shopped and ate hamburgers, Adam Inmon and his students were playing live music in the middle of 7th Street, closed for the event.  Children were playing on a big bouncy house nearby.  The weather was warm and sunny, and, typically, a little bit breezy at times.

Katie Johnson, formerly of Dumas, won the drawing, a "goodie bag" of items donated by all the businesses participating in this year's sale.

The sidewalk sales are a part of the Dumas Downtown Association's efforts to revitalize what was once the thriving center of retail shopping in Dumas.  Long-time residents of Dumas can remember when the sidewalks of Dumas Avenue would be full of shoppers looking through clothes, shoes, jewelry, sporting goods, hardware, furniture, and other items during sidewalk sales.  Dumas, like other towns has seen retail businesses leave the downtown area.  The Dumas Downtown Association hopes to reverse that trend.

Ashleigh Wiswell of the Dumas Downtown Association said most of the retail businesses downtown were taking part, and though she would like to have had more vendors on the square, she said she was pleased with the number of shoppers who turned out, and she was optimistic about the future.  "We hope this grows and grows," she said.

Beth Anne Clark, Events Chair of the Dumas Downtown Association said she was thankful to all who participated.  She, too, said she is optimistic about efforts to revive the sidewalk sales and bring new life to downtown.  "Hopefully, it will get bigger and bigger each year," she said.