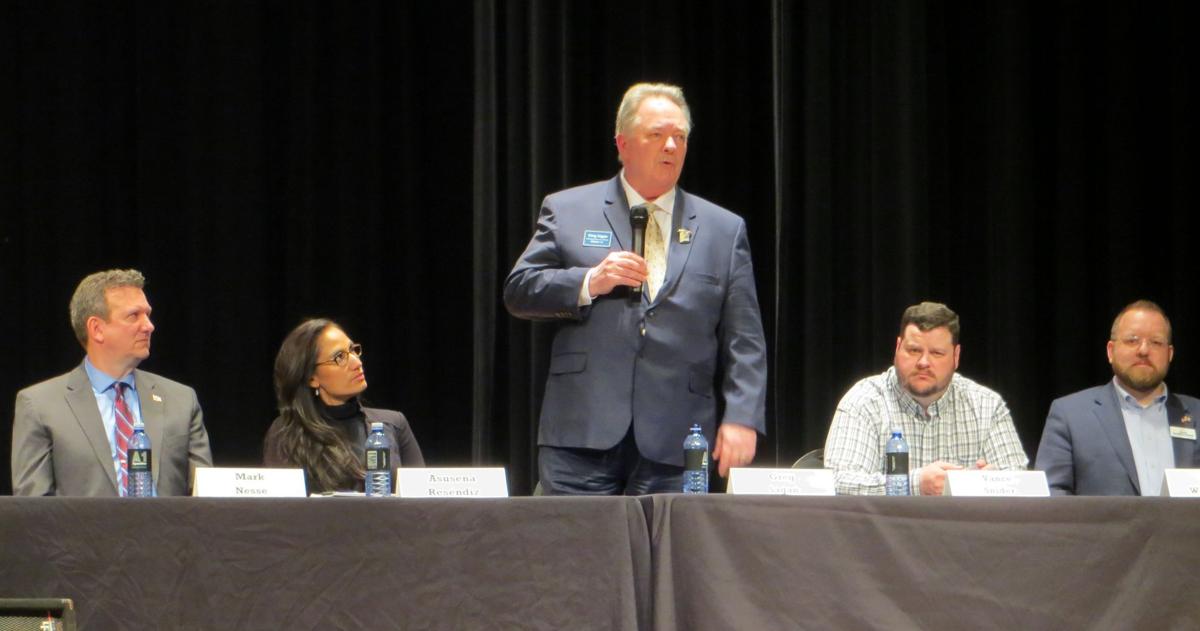 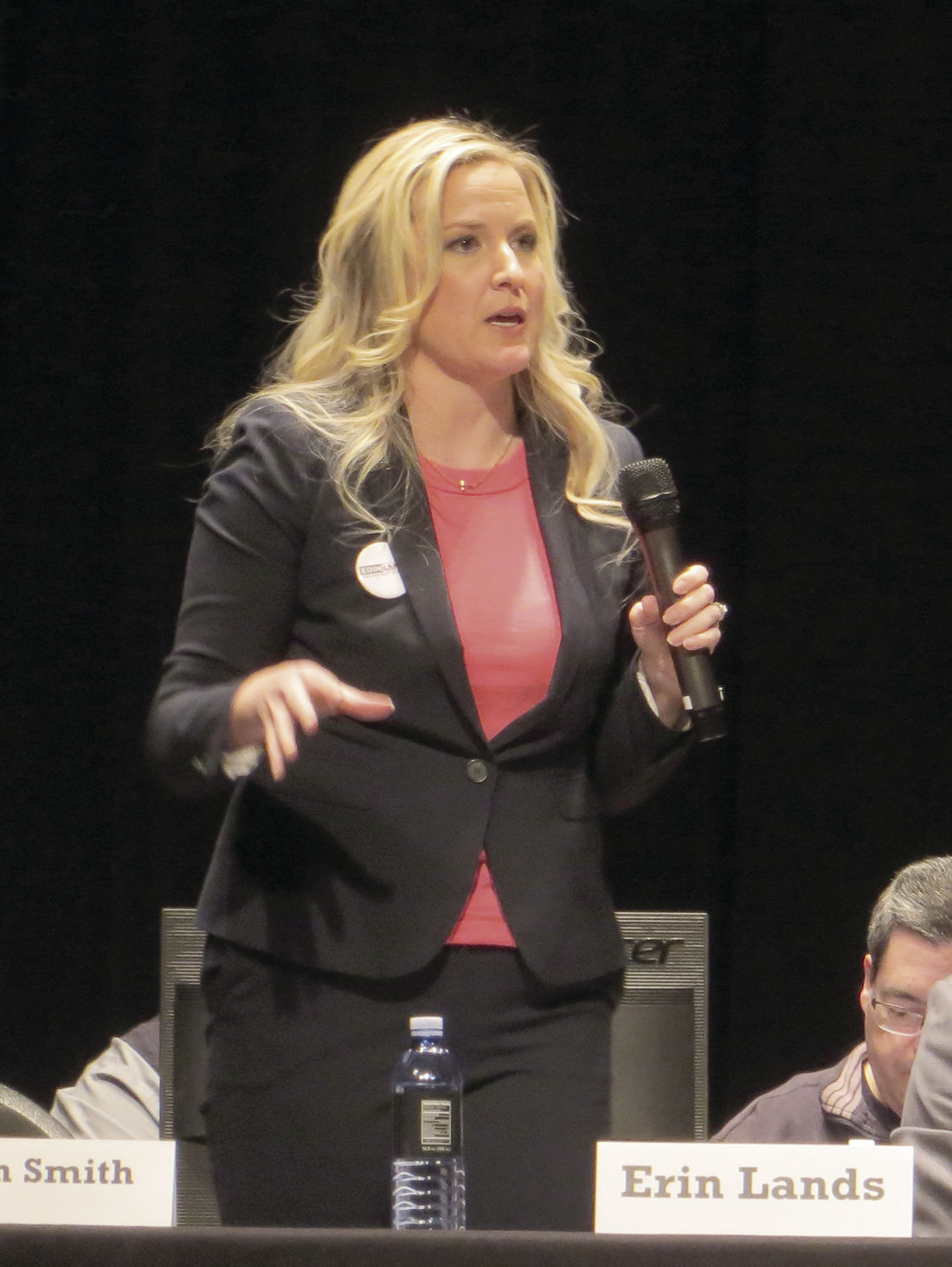 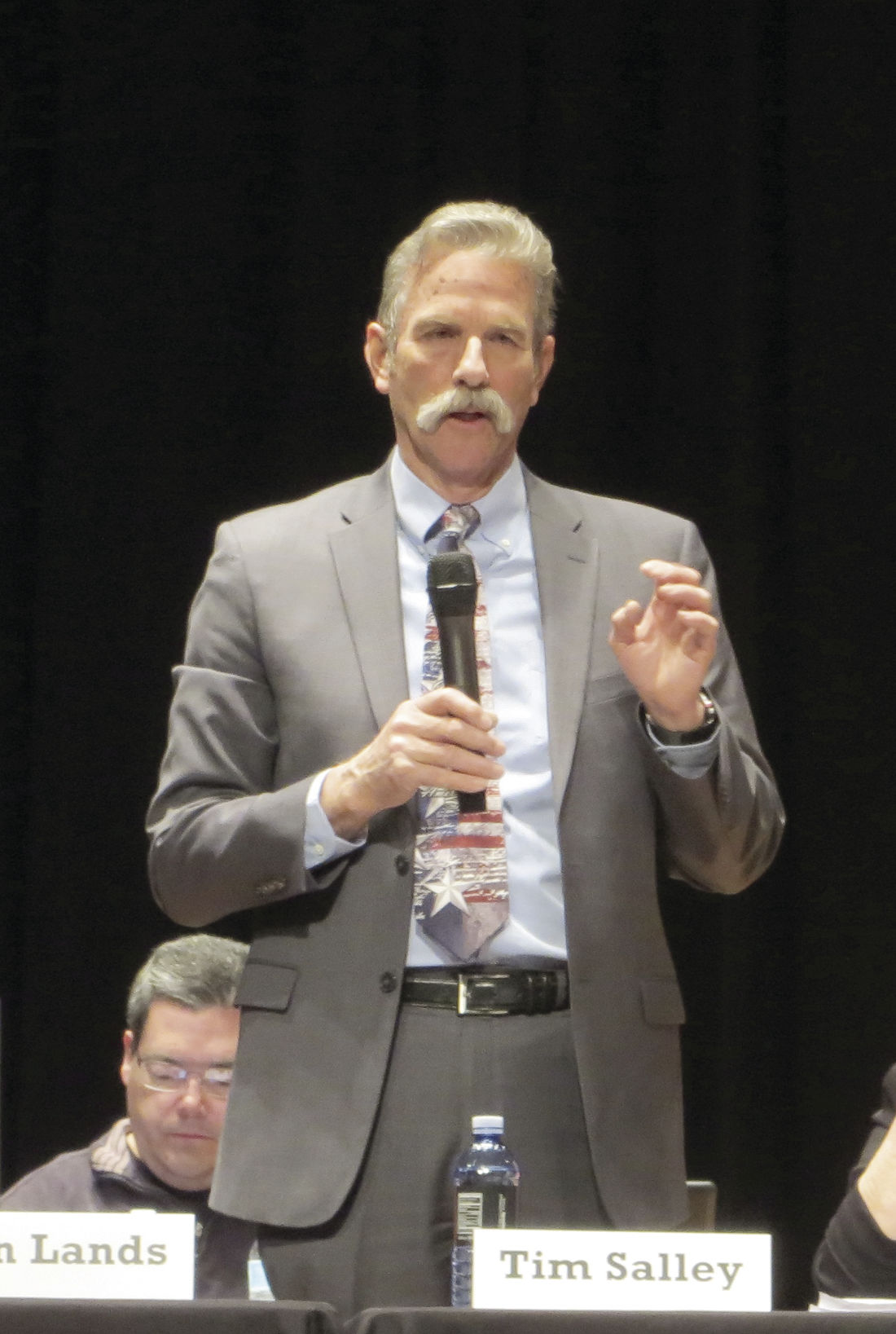 Tim Salley, candidate for 69th Judicial District Attorney, at the Dumas candidate forum Thursday.  Salley and Erin Lands are facing off in the March 3 Republican primary.

Tim Salley, candidate for 69th Judicial District Attorney, at the Dumas candidate forum Thursday.  Salley and Erin Lands are facing off in the March 3 Republican primary.

Three candidates for Moore County Tax Assessor/Collector, two candidates for 69th Judicial District Attorney, and nine candidates, both Republican and Democrat, hoping to take the place of the retiring Mac Thornberry as 13th Congressional District Representative in Washington came together Thursday evening on stage in the auditorium of Dumas High School to introduce themselves to Dumas and area voters and make the case that they deserved to win election in the March 3 party primaries.

The candidates answered questions for about two hours on topics ranging from office hours to health care and immigration from KDDD morning host "Gentleman" Jim McCarty before a moderate-sized and largely respectful audience of local voters.  There were no demonstrations or partisan outbursts as the candidates spoke.

The evening seemed to run smoothly.  Despite differences of opinions and parties, there appeared to be genuinely friendly interaction among the candidates.  There was not the kind of partisan rancor that characterizes much political debate today in evidence.

With over a dozen candidates on the stage, responses were limited to two minutes, and there was not time for follow-up questions or debate.

She was lonely from social distancing. Then inspiration struck

Lindsey Nicholson, Chris Rivera, and Kevin Smith are all running as Republicans to take over the tax office from incumbent Nikki McDonald, who declined to run for another term.  Because there are no Democrats running, the winner of the Republican primary will be unopposed in the November general election and win by default.

The same situation exists in the race for 69th Judicial District Attorney.  Both Erin Lands and Tim Salley are running as Republicans.  The have no Democratic opponent.  Whoever wins in March will replace incumbent David Green next year.

In the race for Congress, things are a little different.  Two of the three candidates running in the Democratic primary, Greg Sagan and Timothy Gassaway, showed up Thursday evening to take part in the forum alongside seven Republicans, Catherine "I Swear" Carr, Lee Harvey, Elaine Hays, Mark Neese, Asusena Resendiz, Vance Snider, and Josh Winegarner, who are among the 15 total candidates in the Republican primary.  The winners of the two primaries in March will face off against each other in the November general election.

Those who missed the forum can view it in its entirety on the Moore County News-Press (MCNewsPress) Facebook page.