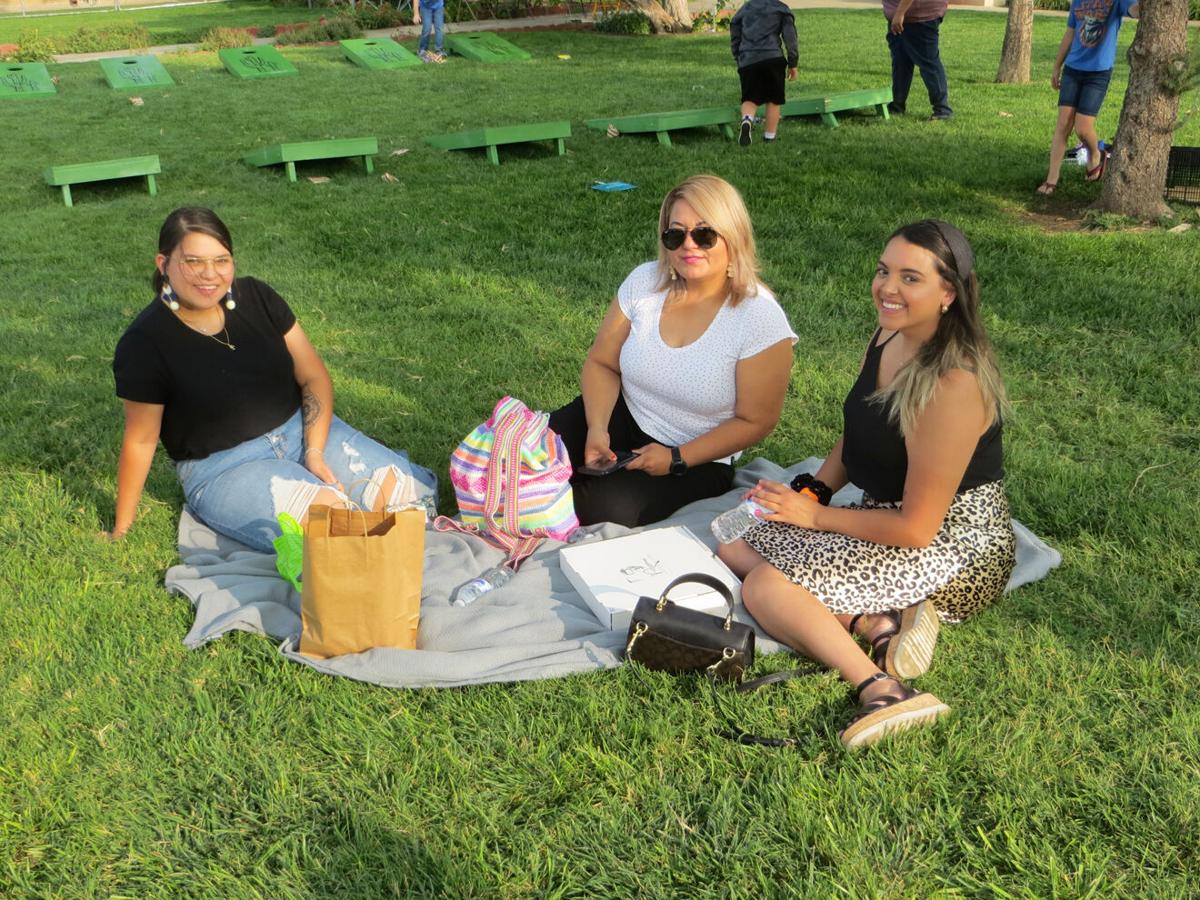 Visitors to the first annual Ears and Beers Festival enjoy the warm weather and festivities on the courthouse square Saturday. 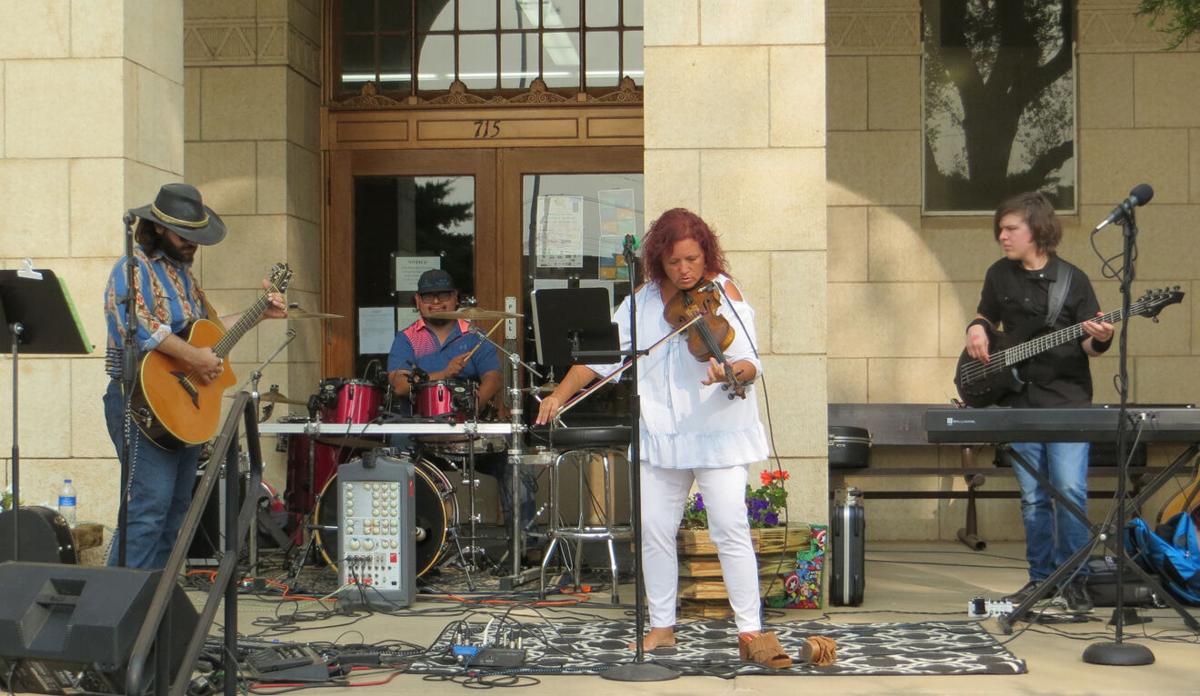 Caliche Dust entertains the crowd at the Ears and Beers Festival.  The band was one of five live musical groups to play Saturday. 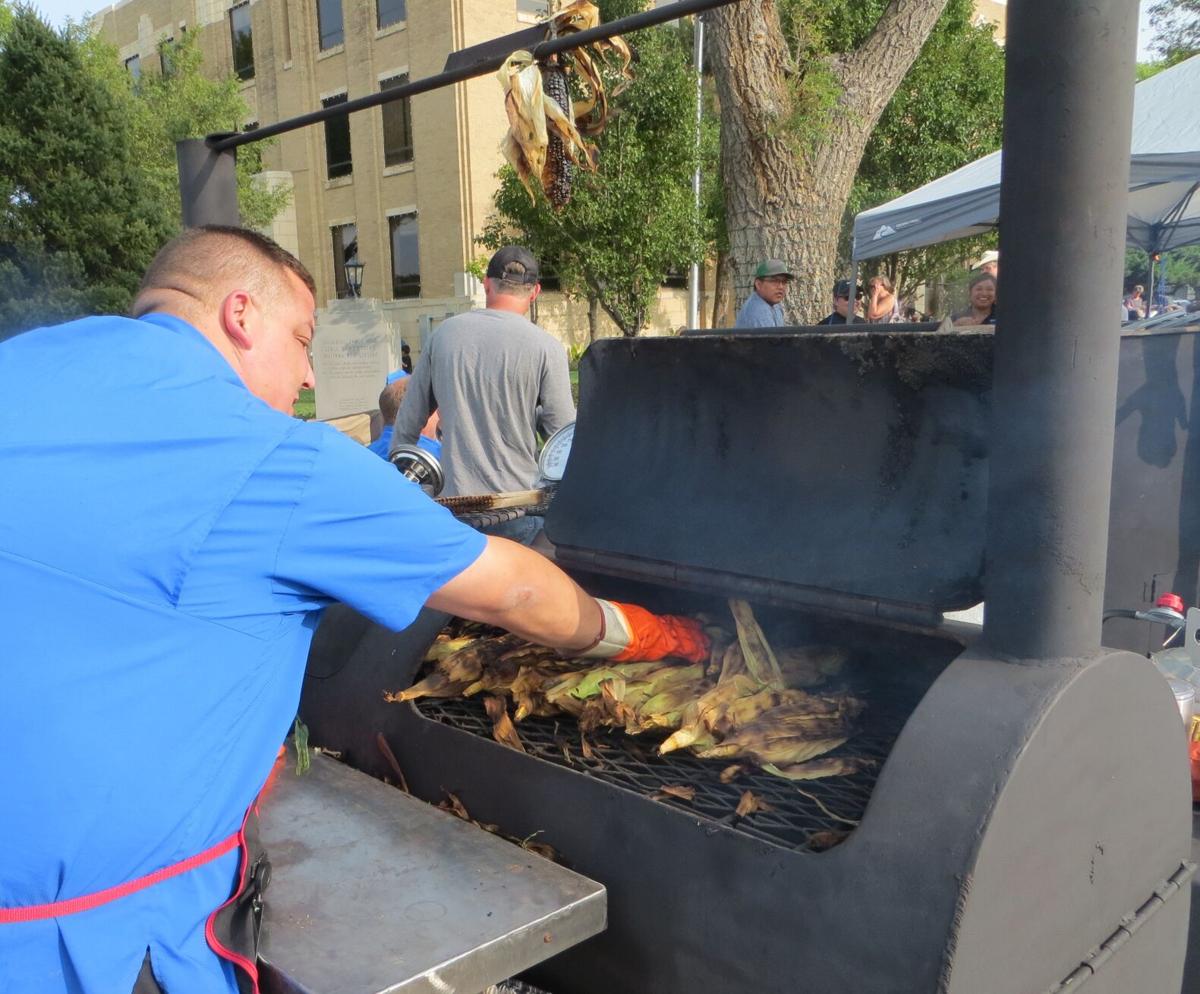 Jace Delgado cooks up some more corn Saturday at the Ears and Beers Festival.  All-you-can-eat corn was included in the $5 entry fee. 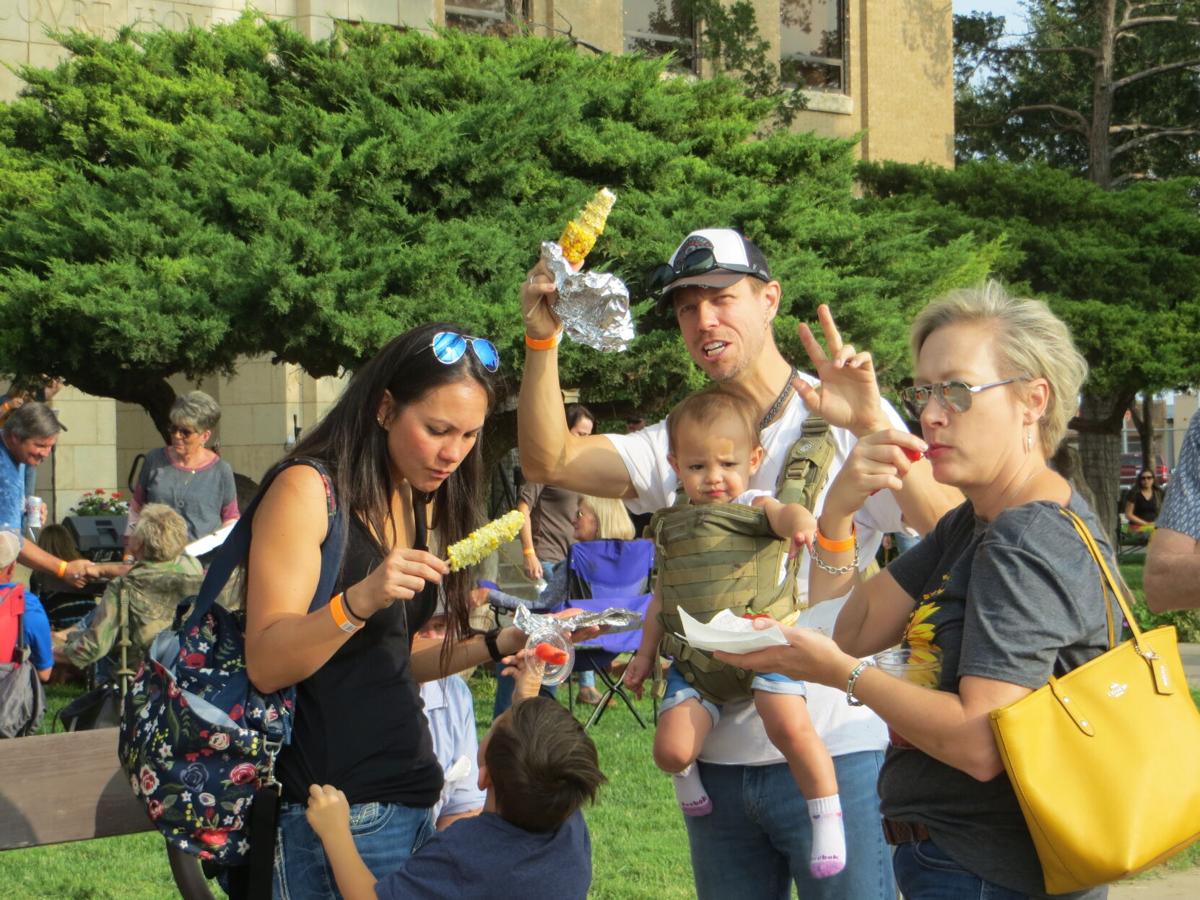 Visitors to the Ears and Beers Festival enjoying corn and live music on the courthouse square saturday.

Visitors to the first annual Ears and Beers Festival enjoy the warm weather and festivities on the courthouse square Saturday.

Caliche Dust entertains the crowd at the Ears and Beers Festival.  The band was one of five live musical groups to play Saturday.

Jace Delgado cooks up some more corn Saturday at the Ears and Beers Festival.  All-you-can-eat corn was included in the $5 entry fee.

Visitors to the Ears and Beers Festival enjoying corn and live music on the courthouse square saturday.

For those who say there is never anything to do here or those tired of all the COVID cancellations this summer, there was a lot going on in Dumas on Saturday.  At 8:00 am in McDade Park, bicyclists from around the Panhandle and as far away as Lubbock lined up and set out on rides of up to 100 miles around the the area in the Y's Texas Tumbleweed 100.  At 10:00 am, the first annual Ears and Beers Festival kicked off with beer, shopping, live music and food (a lot of corn) around the courthouse square.  A number of people participated in both.

The weather could not have been better for either event.  Dumas/Moore County Chamber of Commerce Executive Director Carl Watson was especially relieved, "It was warm but not too hot," he said Saturday evening.  He was grateful for the lack of wind and happy that this outdoor event had not attracted a deluge of rain like that which ruined the Sip and Shop event of two weeks before.

Irene Delgado, executive director of the Dumas Downtown Association, which, along with the Chamber, put on the event at the square was thrilled with the success of this event.  "It was wonderful," she said.  She added that an estimated 1,400 people showed up at some time during the event.  One man came all the way from Houston just to attend.  He had seen it advertised and thought it would be fun.  He was especially attracted by the prospect of the Toppled Turtle offering up so-called craft beers.  Initially, the event was supposed to be timed to coincide with the new micro-brewery's grand opening.  As it turned out, the Toppled Turtle was unable to open in time for the festival, though owners J. L. and Ashley Wiswell were on hand to give visitors tours.  The man from Houston still had a good time and did not leave disappointed, according to Delgado.  The Plaza restaurant sold beer, and the man was able to do a lot of shopping.  Delgado says that by 7:30 pm 550 people had gone through the identity check station to ensure that they were old enough to purchase beer.

Delgado said the businesses along Dumas Avenue that  were open as part of the sidewalk sale portion of the event reported "way more business than usual."  Several of the vendors set up on 7th Street said they were very happy with the number of customers moving along the booths and their willingness to make purchases.

With children playing and adults socializing, one person compared the event Saturday to Dogie Days from the time prior to 1979 when it took place on the eastern side of the courthouse square.

Delgado and Watson say the event will be back next year.  Delgado also says that if the Dumas City Commissioners approve, Sip and Shop will return October 10.  She is praying for good weather.