Skip to main content
You are the owner of this article.
Edit Article Add New Article
You have permission to edit this article.
Edit
Home
News
Sports
Business
A & E
Opinion
Obituaries
Multimedia
Announcements
e-Edition
Classifieds
1 of 2 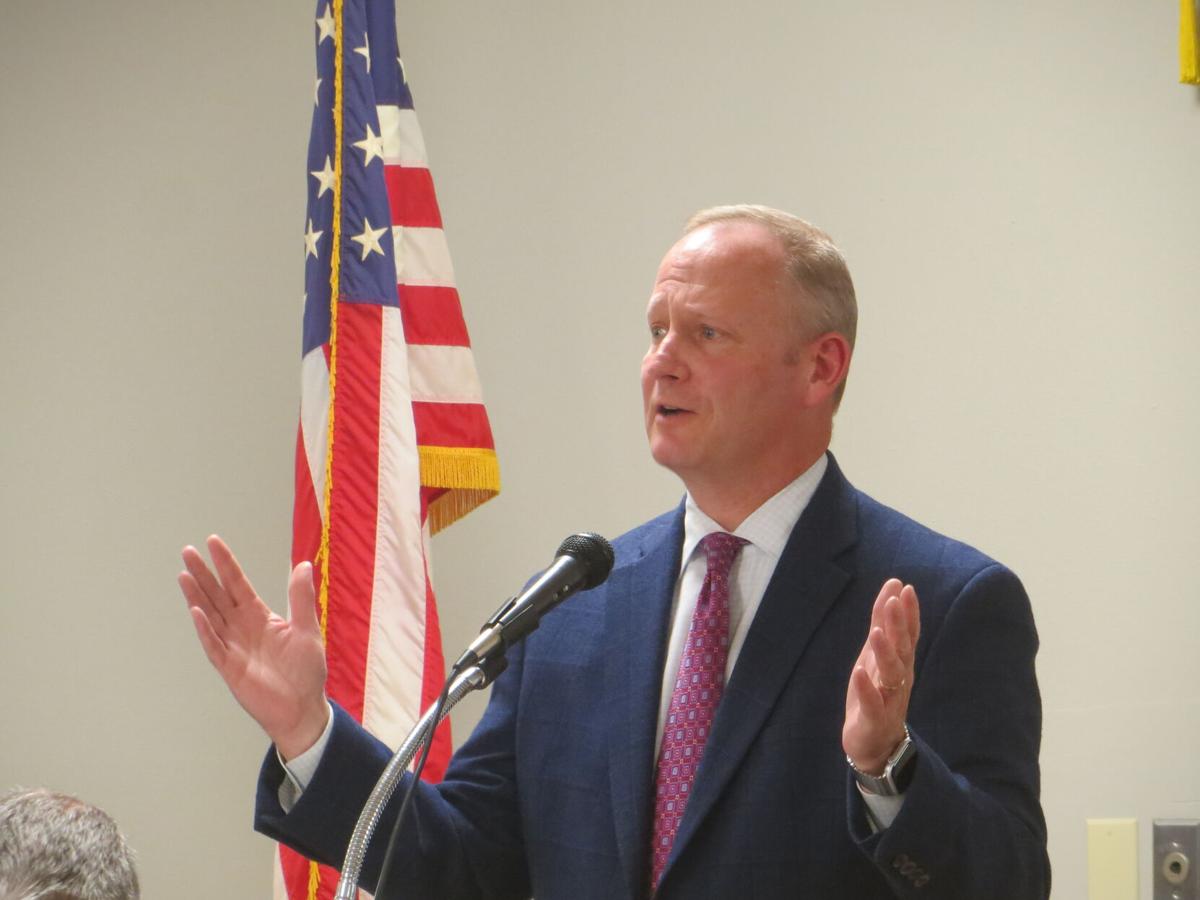 Texas State Representative Four Price makes a point during a talk at the Dumas Noon Lions Club.  Price discussed the actions of the recently-ended 87th Legislature and some of the challenges facing the Panhandle. 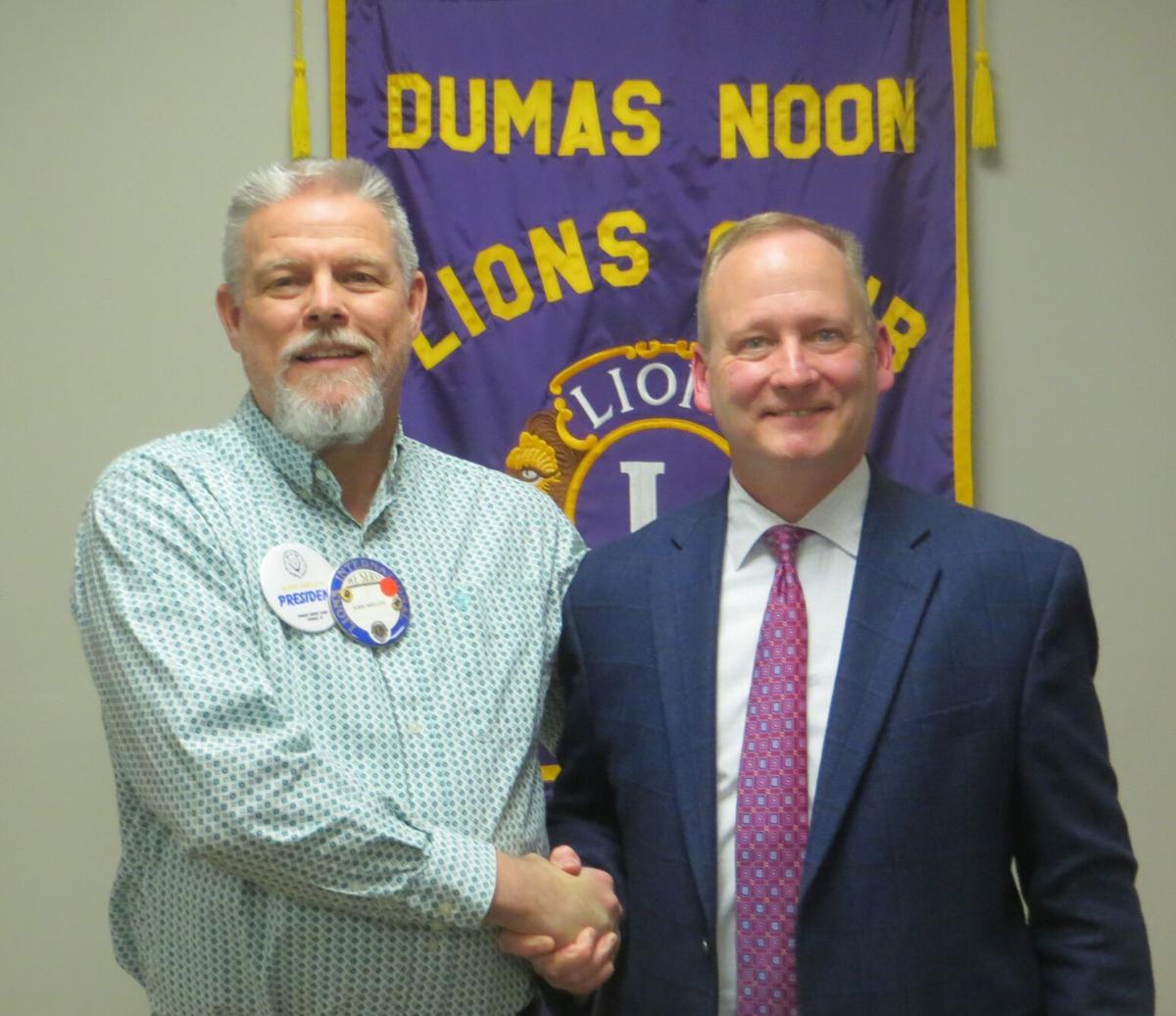 Texas State Representative Four Price makes a point during a talk at the Dumas Noon Lions Club.  Price discussed the actions of the recently-ended 87th Legislature and some of the challenges facing the Panhandle.

"At the end of the day, we see that Texas remains the envy of the other 49 states.  And that is not bragging.  It is absolutely true," said State Representative Four Price, speaking to the Dumas Noon Lions Club on December 9.  Price said he was in Dumas to talk to constituents about the results of the 87th Legislature, which, because of three special sessions, lasted until October.  Price said he was optimistic about Texas, which, if it were an independent nation, would have the 9th largest economy in the world.  And he said he was proud of the work done during the legislature.

From his perspective, a lot of positive things had been accomplished, though, he said, they tended to be overshadowed by reports of negative developments, such as the February freeze that caused widespread power outages and delayed proceedings and by the effort of Democrats in the summer to stop legislation aimed at changing election law by staying away from the special sessions and denying a quorum.

Price said that because of COVID, this legislature had been different from any he had known before.  More testimony was given remotely, and there were fewer bills filed, though those that were filed received more attention.  The 87th Legislature saw the fewest House bills passed in a legislature since 1991, he said.  "That probably doesn't tear anyone up."

Price, who is running unopposed for reelection for a seventh, two-year term next year, had some personal legislative accomplishments to point to.  He has been a champion of rural health care during his time in the legislature, and in the 87th Legislature he was able to get House Bill 4, which he wrote, passed into law.  The new law paves the way for the expansion of tele-health services, which Price has said is one answer to the chronic shortage of physicians in rural areas.  Related to that, Price was the co-author of House Bill 5 which also became law and expands access to broadband internet service in under-served, especially rural, parts of the state.  "I think we will see some good progress on that front," he said.

COVID relief money and a better-than-expected economy gave legislators "plenty of money" to work with.  Price said they were able to craft a balanced $248 billion budget that provided $1.8 billion for border security ("No other state can fund that out of their own treasury") and increased investment in the teacher retirement system, public education, and a variety of infrastructure projects around the state.   The Texas Tech Health Science Center and Tech's new vet school both received more money.  Price said the new vet school would have a significant positive effect on the Panhandle's agricultural economy.

Price said he was especially proud of the extra $124 million for rural hospitals that was in the budget, something that was especially timely with rural hospitals under extreme pressure from the COVID pandemic.  He added, "My hat is off to the folks at the Moore County Hospital District for what they do here and how everything has been handled over the course of the last 18 months."

Price said the legislature passed bills increasing eminent domain protections, increasing liability protections for businesses that remained open during COVID, and allowing most adults to carry handguns without a permit.  He said several "pro-life pieces of legislation" passed.  One of those, Senate Bill 8, outlaws abortions after about five or six weeks of pregnancy and has been the subject of enormous controversy and national attention.  Opponents are challenging it in court.

Warming trend for Friday through the weekend

The legislature passed a bill that allows counties to join together to create regional specialty courts, such as drug courts.  This will be especially helpful to rural counties that do not have the resources to provide such courts on their own.

Another bill that Price cited as an accomplishment for the legislature was one that created new regulations on voting.  It passed in a special session after enough Democrats returned to make a quorum.  Price called it "a good bill"  and added, "I think it will make folks have more confidence in the elections we have."  Democrats and other opponents, including the Biden administration, have said the new law amounts to voter suppression.  This law too faces court challenges.

The legislature voted to approve a constitutional amendment that raises the homestead exemption from $25,000 to $40,000.  Voters will have to approve the amendment in 2022, but Price does not anticipate opposition.  "It should save folks a lot of money.  I don't see any reason that that won't pass, but we will have to see how it goes."

Finally, Price touched on the redistricting that the legislature carried out in the final special session last summer.  Texas gained population in the decade between the 2010 and 2020 censuses, more than 3 million people, giving the state two more seats in Congress and requiring that the borders of legislative districts be redrawn.  The new boundaries, drawn and passed by Republicans, face court challenges.  Democrats complain that the boundaries were drawn to benefit Republicans, a practice both parties engage in.  On a more serious level for court challenges, though, critics say they were drawn to dilute the voting strength of black and Hispanic voters.  The vast majority of new Texans have been non-white.

As for the local area, Price noted that most of the population gain has been along the I-35 corridor.  West Texas and the Panhandle have lost population as Texas has become more urban.  House districts represented 168,000 people after the 2010 Census.  After the 2020 Census, they had to represent 194,000.  With the population stagnant or even declining in some Panhandle counties, the districts had to grow.  Price's 87th District gained three counties: Ochiltree, Hansford, and Lipscomb.  The new additions join Moore, Potter, Sherman, Carson, and Huthinson to make up the district.  The other two Panhandle-based districts increased in size as well.

As West Texas and rural areas lose population, Price said it will be a challenge in the future for the Panhandle to hold on to representation.  He said there were now three House members living in the Panhandle, while another district includes a bit of Panhandle territory.  He said it was his goal over the next 10 years to maintain at least three seats "anchored in the Panhandle."  "I don't want to see the urbanization of Texas dilute the voice of our rural members in the House," he said.