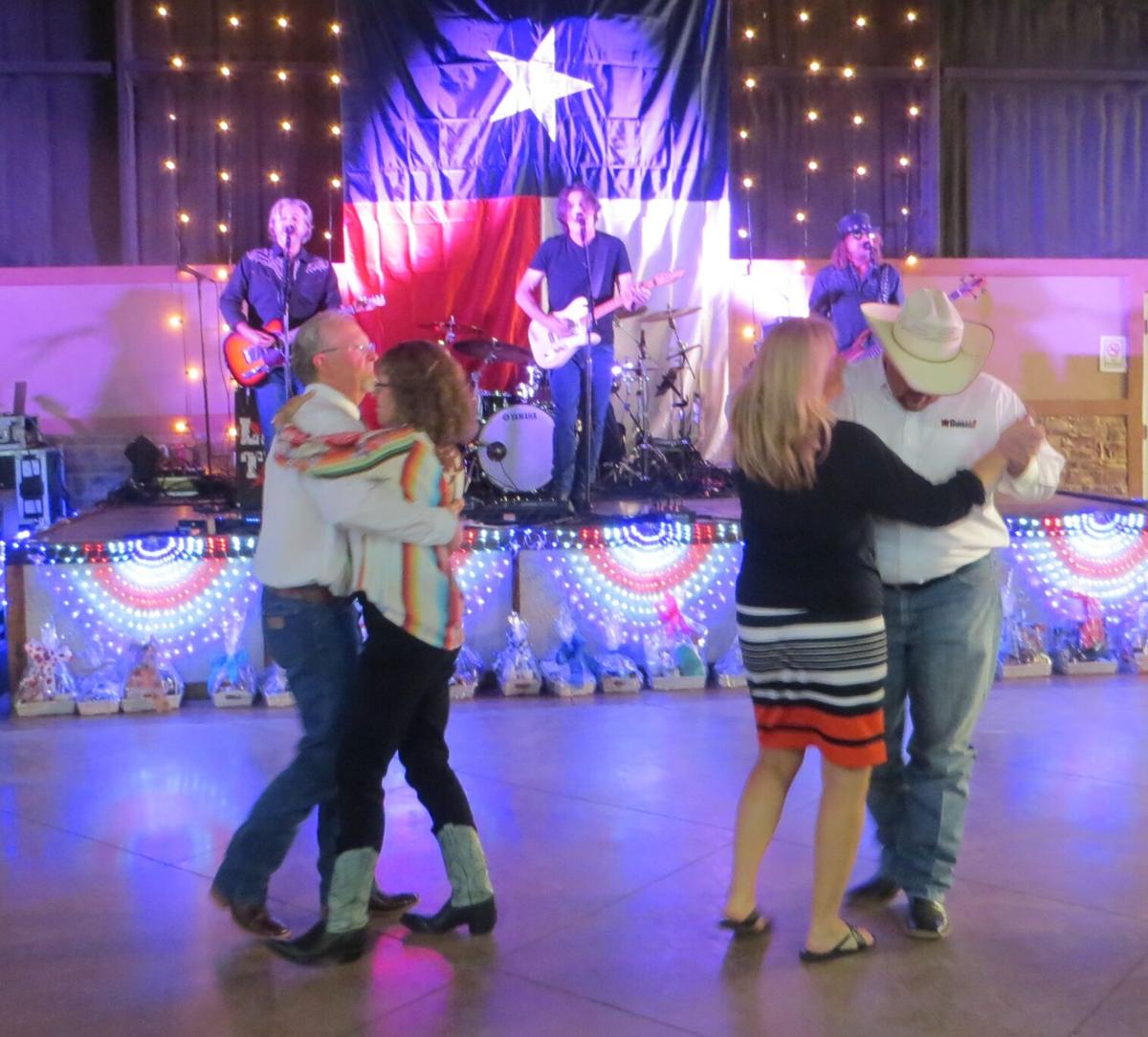 The band Little Texas got attendees at this year's Harvest Celebration out on the dance floor with a combination of classic rock and country songs. 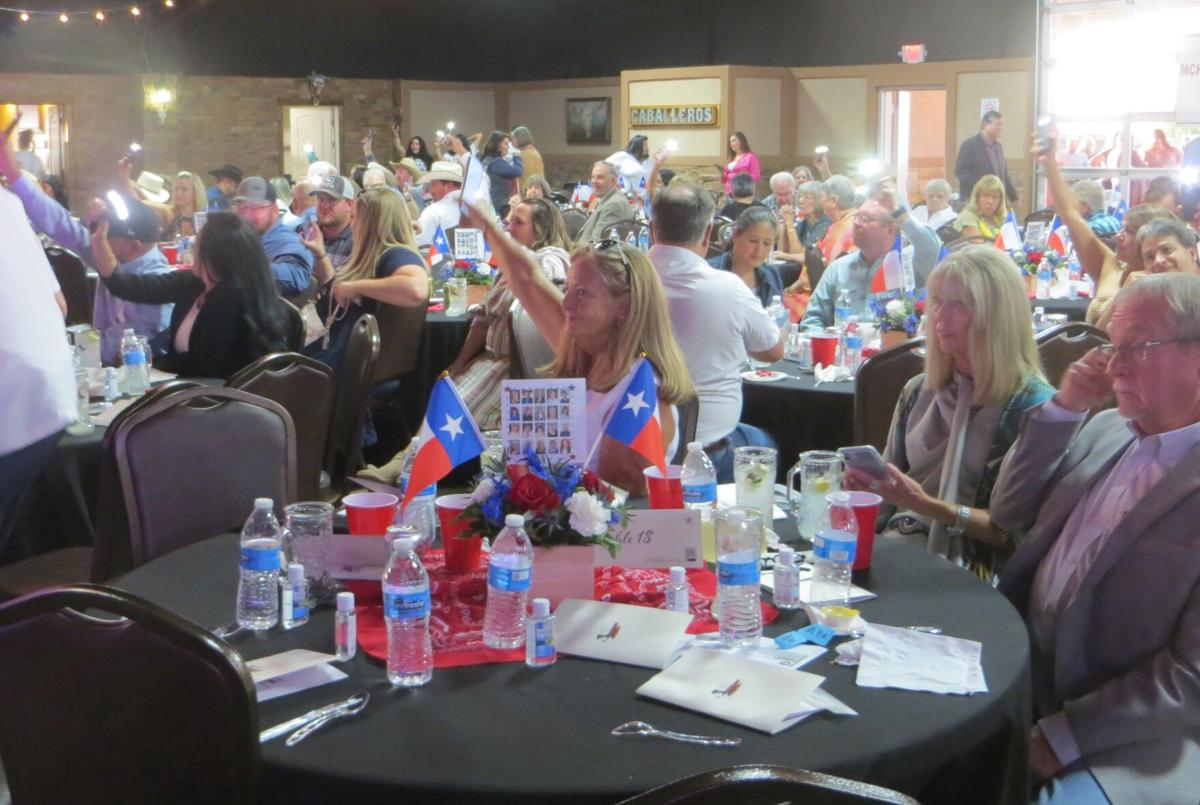 In keeping with the classic rock and country spirit of the music Saturday, attendees of the Harvest Celebration wave lit smart phones in an updated version of the old practice of holding flaming cigarette lighters aloft during concerts.

The band Little Texas got attendees at this year's Harvest Celebration out on the dance floor with a combination of classic rock and country songs.

In keeping with the classic rock and country spirit of the music Saturday, attendees of the Harvest Celebration wave lit smart phones in an updated version of the old practice of holding flaming cigarette lighters aloft during concerts.

The Moore County Health Foundation's (MCHF) annual Harvest Celebration returned Saturday evening in the Hacienda Garcia Event Center.  This year's event was a party to thank all the donors who have contributed to the foundation's capital campaign to raise funds to furnish and equip the new patient care wing of Memorial Hospital.  "This capital campaign has been extraordinary.  We now have a $31 million wonderful facility for our community. … It is such a thrill to be able to deliver care in that modern, wonderful, nice, new building, and it is all thanks to you,"  said Moore County Hospital District (MCHD) CEO Jeff Turner in remarks Saturday.

The new facility opened for patients early this year after a number of construction delays.  It was financed by loans from the U.S. Department of Agriculture.  Finishing touches  were wrapped up this summer, while work continues on renovations to the old facility.  Hospital officials say it will be used for administration, labs, and education, among other things.

On Saturday, donors and guests ate barbecue from XIT Woodfire Grill and danced to the music of Little Texas.  They raised additional money by bidding in a live and silent auction on a wide variety of items, such as jewelry and  original paintings by Manuel Franco and Kenneth Wyatt.  Lisa Lambert, daughter of the late Dr. Byron Wright, a long-time Dumas physician, donated a diamond cross pendant  valued at more than $12,000, and the Graham Brothers Jewelers of Amarillo donated a $7,000 diamond drop.  The total raised from the auctions was not available by press time.

Prior to 2019, the Harvest was the largest annual fundraising event for the foundation.  Money raised at the Harvest helped purchase ambulances, finance renovations to the nursing home, and equip the hospital with anesthesia machines, among other things.  In 2019, the event became transformed, at least temporarily, into a means of saying "thank you" to donors, according to MCHF  Executive Director Kathie Fuston.

The event was cancelled due to COVID in 2020.  People on Saturday seemed happy to be back live and in person, despite the lingering threat of COVID.  In her remarks Saturday,  Fuston said that 2020 had been "a really rough year for all of us … but by working together and caring for each other, we got through that."  She added, "It was amazing to see … the way the community embraced the hospital workers."

The capital campaign began in 2019 with a goal of raising $1.3 million over three years, according Fuston.  The original goal was met in three months, however, "thanks to the generosity of the community."  The campaign finally ended in July of this year after having raised $2,300,000, "a million over our original goal and in one and a half years," said Fuston.  Valero, JBS, the Don and Sybil Harrington Foundation, Dr. Casey and Danna Lagan, and the Children's Miracle Network made donations in excess of $100,000.  Their gifts were recently acknowledged with signs at the entrances to the facility and the entrances of various departments.

In his remarks Saturday, Turner introduced two new physicians who are in the process of setting up practice in Dumas:  Dr. Ralph Apolinario, MD, an internist who will be joining the MCHD Internal Medicine Clinic; and Dr. Jordan Mitchell, MD, an obstetrician/gynecologist, who joins the MCHD Obstetrics and Gynecology Clinic.  In addition, Turner introduced John Sharp, the new financial director for the district.  Sharp's wife, Michelle, is a registered nurse.  She recently joined the staff of the district.