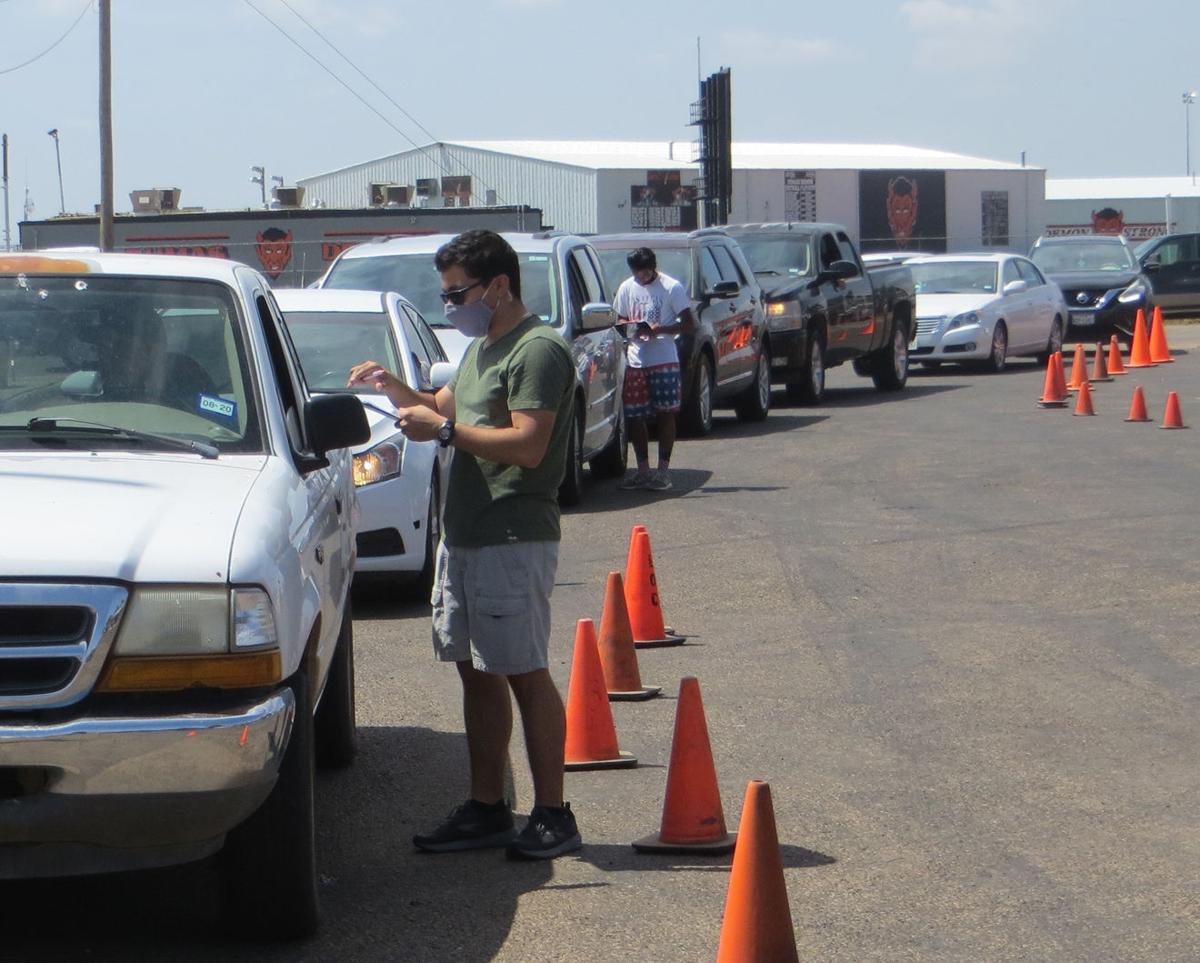 Fans of Dogie Days foods took advantage of drive-through service Saturday.  The Lions sold more than $25,000 worth of hamburgers, curly fries and other treats.  The money will all go to charity. 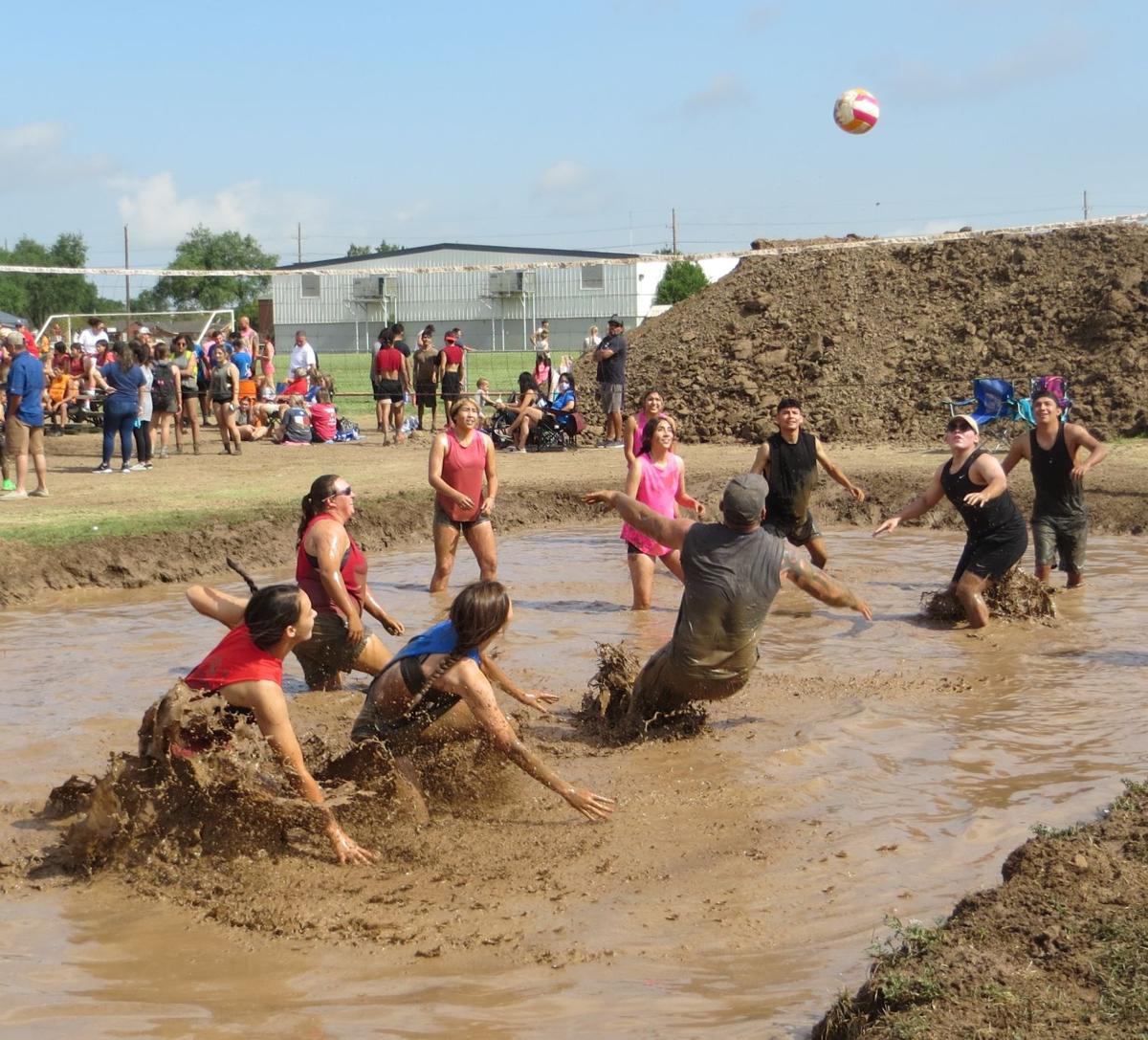 Fourth of July mud volleyball Saturday.  Despite the coronavirus (COVID-19) health crisis, 40 teams turned out to compete this year. 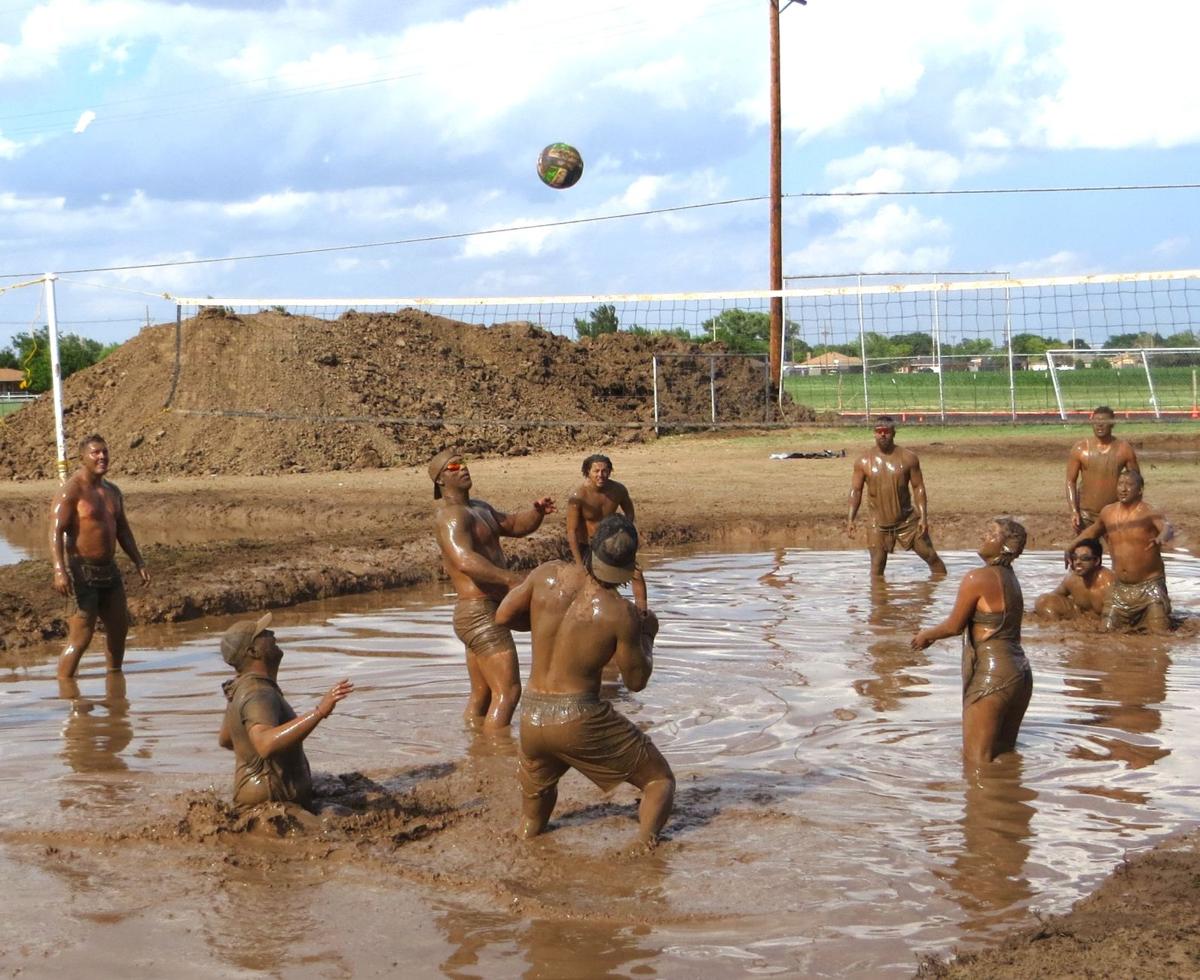 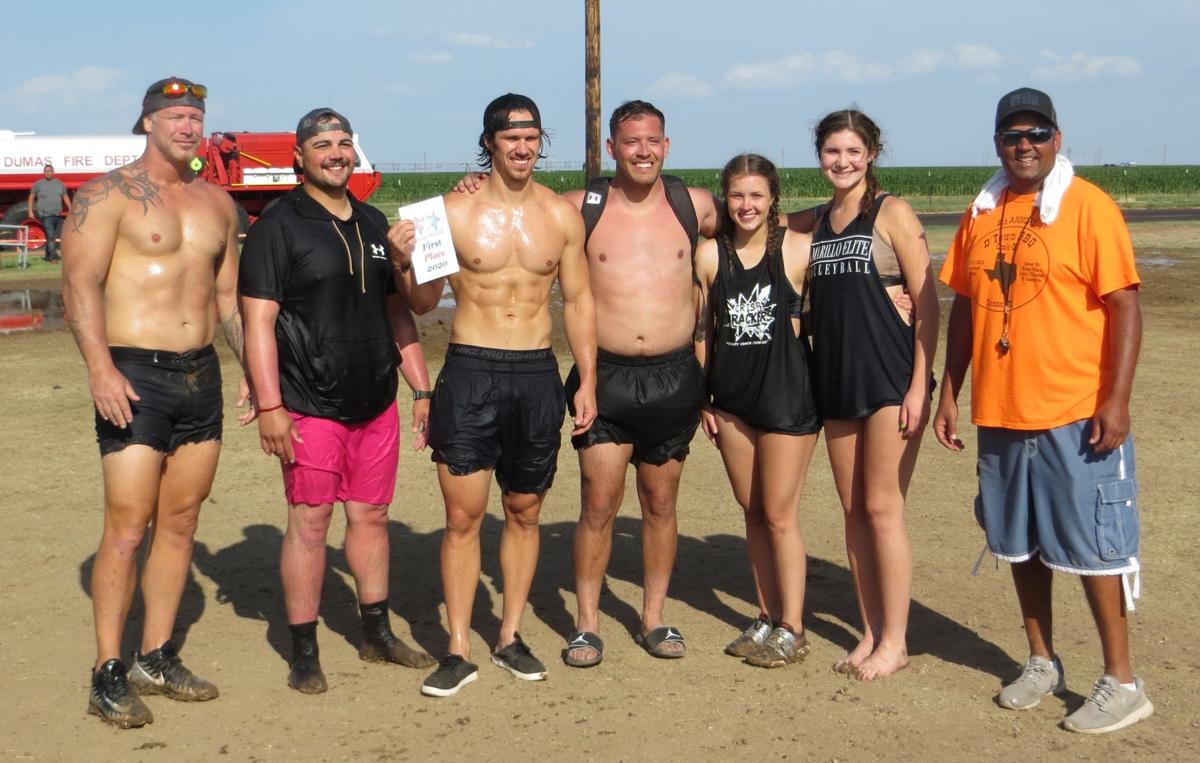 How I Met Your Mudder, the winning team of the Dumas/Moore County Chamber of Commerce Fourth of July Mud Volleyball Tournament.  First prize was $500.

Fans of Dogie Days foods took advantage of drive-through service Saturday.  The Lions sold more than $25,000 worth of hamburgers, curly fries and other treats.  The money will all go to charity.

Fourth of July mud volleyball Saturday.  Despite the coronavirus (COVID-19) health crisis, 40 teams turned out to compete this year.

How I Met Your Mudder, the winning team of the Dumas/Moore County Chamber of Commerce Fourth of July Mud Volleyball Tournament.  First prize was $500.

After weeks of COVID social distancing, closures, and cancellations, Moore County residents -- and one Dallas family passing through Dumas on the way to Colorado -- were apparently eager to get out of the house and do something Saturday to celebrate the Fourth of July.  "People are tired. … I think everybody is ready for something different," said Moore County Judge Rowdy Rhoades.

A larger than normal crowd turned out to the mud pits near the Senior Center on Maddox Avenue and watched a record 40 teams play mud volleyball from 8:00 am until after 6:00 pm in the annual Dumas/Moore County Chamber of Commerce Fourth of July Mud Volleyball Tournament.  "I think people needed this," said Danielle Arias, as she looked around at all the people enjoying the action in nearly perfect weather.

The teams were playing for $1,100 in prize money.  When it was over, How I Met Your Mudder was the winner and took home the $500 first prize, followed by Just the Tip, BDE, and The Rejects.

While people were watching volleyball, nearby, the Dumas Noon Lions Club was doing an unexpectedly heavy business selling hamburgers, curly fries, and other Dogie Days favorites that people had missed out on this year with the cancellation of Dogie Days in June.  "We had no idea this many people would show up," said Rhoades.  Because of the ongoing COVID health crisis, the Lions offered drive through service for the food.  During the noon hour, cars were backed up from the Lions' concession stands in McDade Park all the way to Maddox Avenue.  "We didn't expect the crowd we had … it was way ahead of what we thought it would be," said Rhoades.  By 7:00 pm, the Lions were starting to run out of some foods.  Though the final figure is not yet in, Rhoades said the Lions made at least $25,000 Saturday, all of which will go to the club's charitable giving which has been adversely affected this year by the canceling of Dogie Days, the club's largest annual fund raising activity.

Saturday night, the City of Dumas/Dumas Fire Department fireworks show beat the rain and took place as scheduled.  This year, because of the need for social distancing, there was no live audience or ceremony in Demon Stadium.  People watched from their cars, outside on lounge chairs, or from home.

"I think everybody had a good time," said Rhoades of the day's activities.  The governor had issued an executive order order on Thursday requiring masks in public and prohibiting gatherings of more than 10 people, except when approved by local officials.  Rhoades declined to cancel the events.  They took place outside, and the number of active COVID cases in Moore County, according to the Texas Department of State Health Services, is now 27, down from over 80 a couple of weeks ago.  The governor's order exempts counties with a confirmed case number below 20.  Rhoades says he believes the actual number of confirmed cases in Moore County is closer to 15.  Though people were supposed to wear masks and maintain six feet of social distancing when not participating in volleyball, there were few masks and little social distancing in evidence Saturday.  Rhoades said it was very hard to enforce those measures, and "very few people complained about the masks."