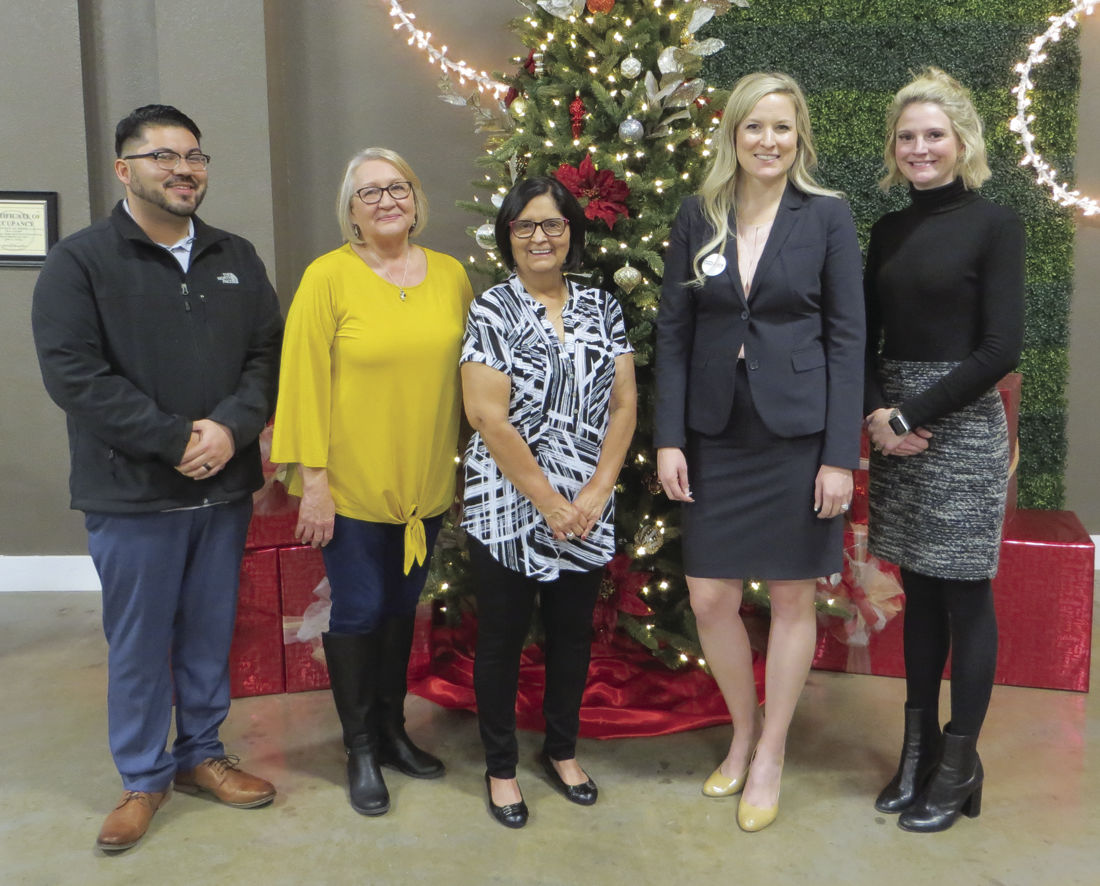 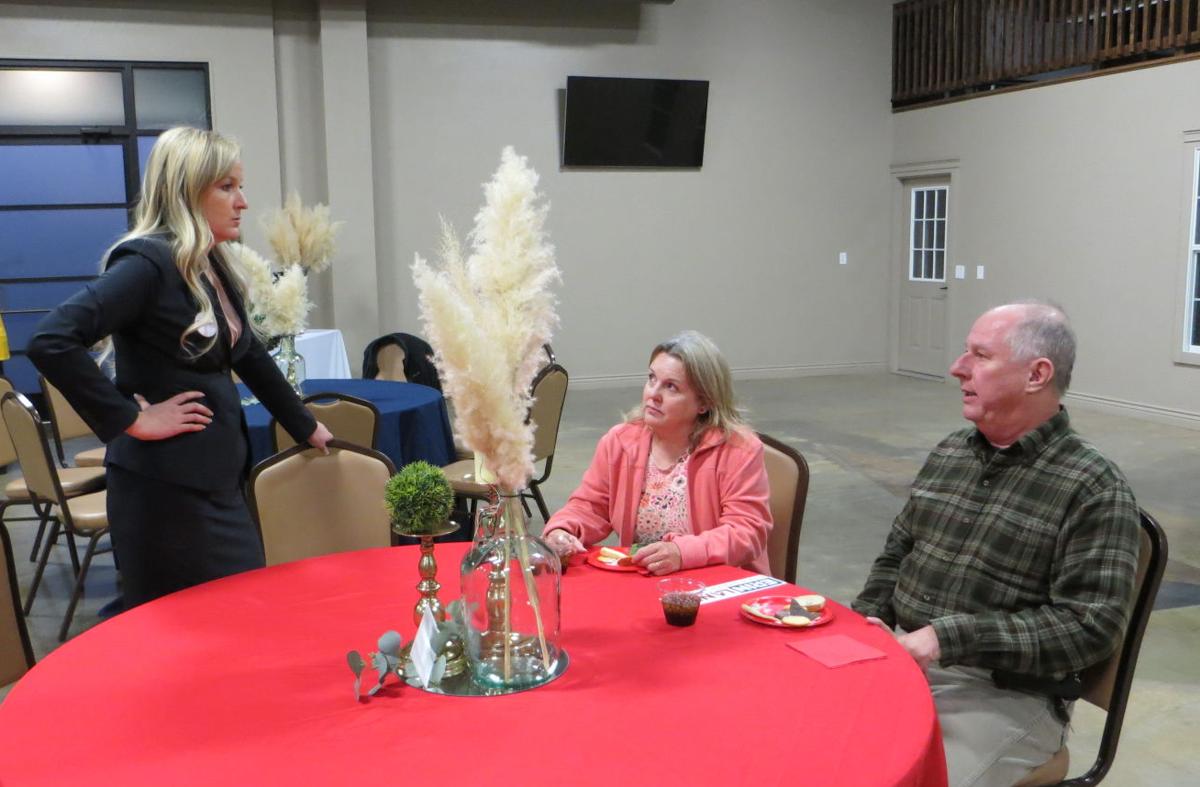 "I planned this a long time ago," said 69th Judicial District Attorney candidate Erin Lands of her campaign event Thursday evening, December 5, in the 8th Street Event Center in Dumas.  The tables were decorated, and Laura Maner of the Kokken food truck had prepared ham, sausage, dips, cheeses, bread, crackers, fruits, and vegetables for attendees to snack on.  There was food for a lot of people.  Lands, her campaign treasurer Morgan Howard, and volunteers Wanda Brooks and Delores Montoya were ready to meet Dumas voters and try to convince them that Lands would be the best person to take over from David Green, who is retiring as 69th Judicial District Attorney next year.

Unfortunately, Lands didn't know when she booked the event center several months ago, that the Dumas Noon Lions Club would later schedule their annual Christmas party for the same night at almost the same time.  When Lands' event began at 5:30 pm, there were about five people present, not counting her volunteers.  Lands, who is an assistant district attorney in Hutchison and Hansford Counties, chatted with her guests.  Among them was Rex Christie and his wife, Stephanie.  Rex Christie is a long-time employee of the Moore County Jail.  He first met Lands when she was practicing as a criminal defense attorney in Dumas, he said.

By 6:00 pm, it looked like Lands, who is herself a Lion, was in for a long evening.  "I promised I would be here until 8:30," she said.  She was scheduled to meet with voters at 7:00 am the next morning over coffee at Judy's Cafe in Sunray.  As the evening wore on, her luck changed, however, and more people began to arrive.  When the Lions finished their party, many migrated over to her event, as well.  On Saturday, as she was giving away blankets and pillows to children in need at the Shop With a Cop event, she said she was happy with Thursday's turnout in the end.

The 69th Judicial District encompasses Moore, Hartley, Dallam, and Sherman Counties.  Whoever wins will be responsible for prosecuting criminal cases in those counties.  In addition, the district attorney (DA) oversees two assistant DAs, an investigator, and other staff, and he or she administers programs, such as Pretrial Diversion, that have a great impact on justice in the district.  DAs in Texas have broad discretion over who does and does not get prosecuted, which cases go to trial, and which cases are plea bargained.

When Lands initially filed to run, her opponent was incumbent DA David Green, who has since said he will not seek reelection.  Lands touts her experience both as a defense attorney and prosecutor of cases, such as sexual assault, drugs, and crimes against children.  "Criminal law is the cornerstone of my career," she wrote in her announcement.

As reported in the September 11-12 issue of the News-Press, Lands teaches civics and history to immigrants preparing to take the citizenship test as a volunteer for the Dumas Education and Social Ministries and the Cactus Nazarene Ministry.  "I go to Saints Peter and Paul Catholic Church.  They were teaching English as a second language (ESL) classes, and they needed someone to teach civics, so I volunteered.  I loved it and have been doing it ever since," she said.

Lands is a graduate of the University of North Texas and the Saint Louis University School of Law.  She lives in Dumas.