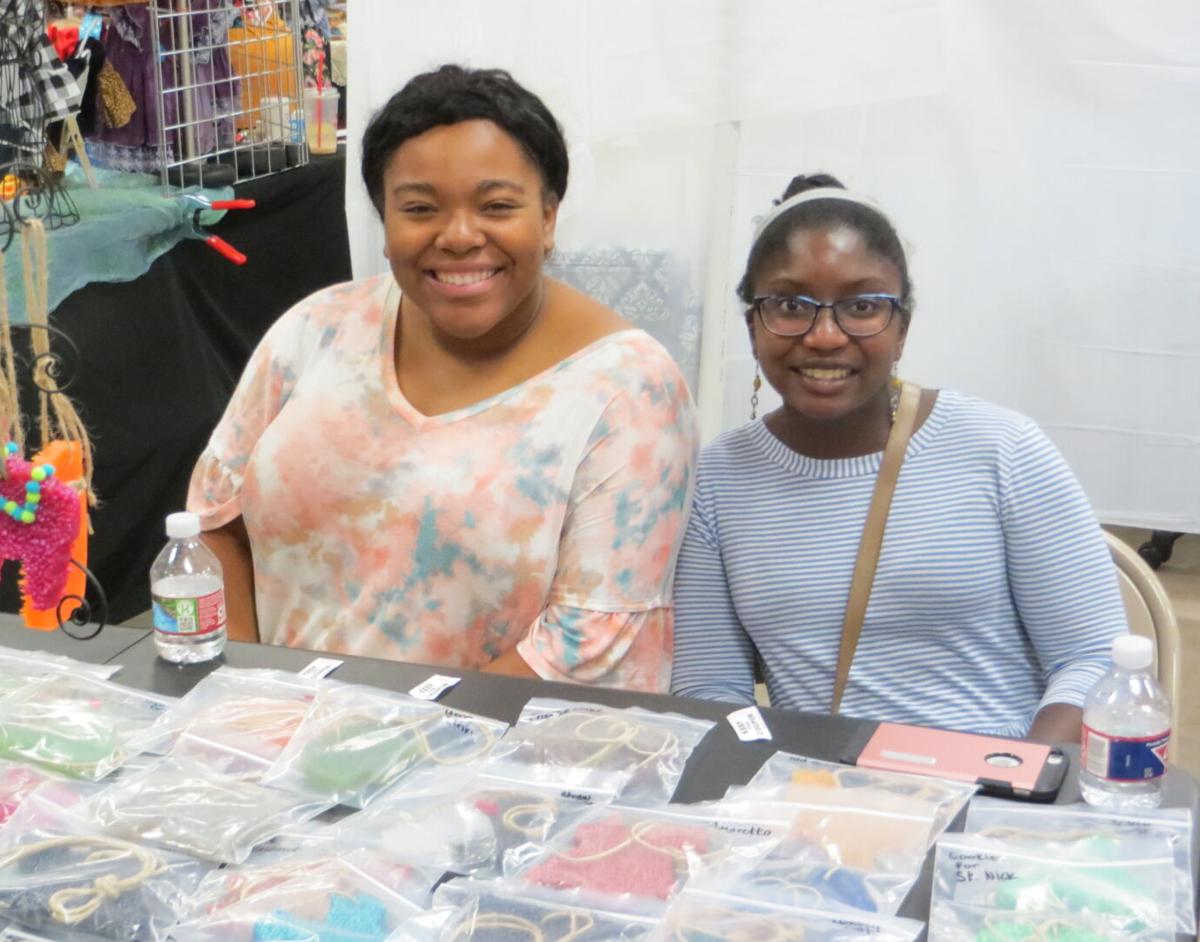 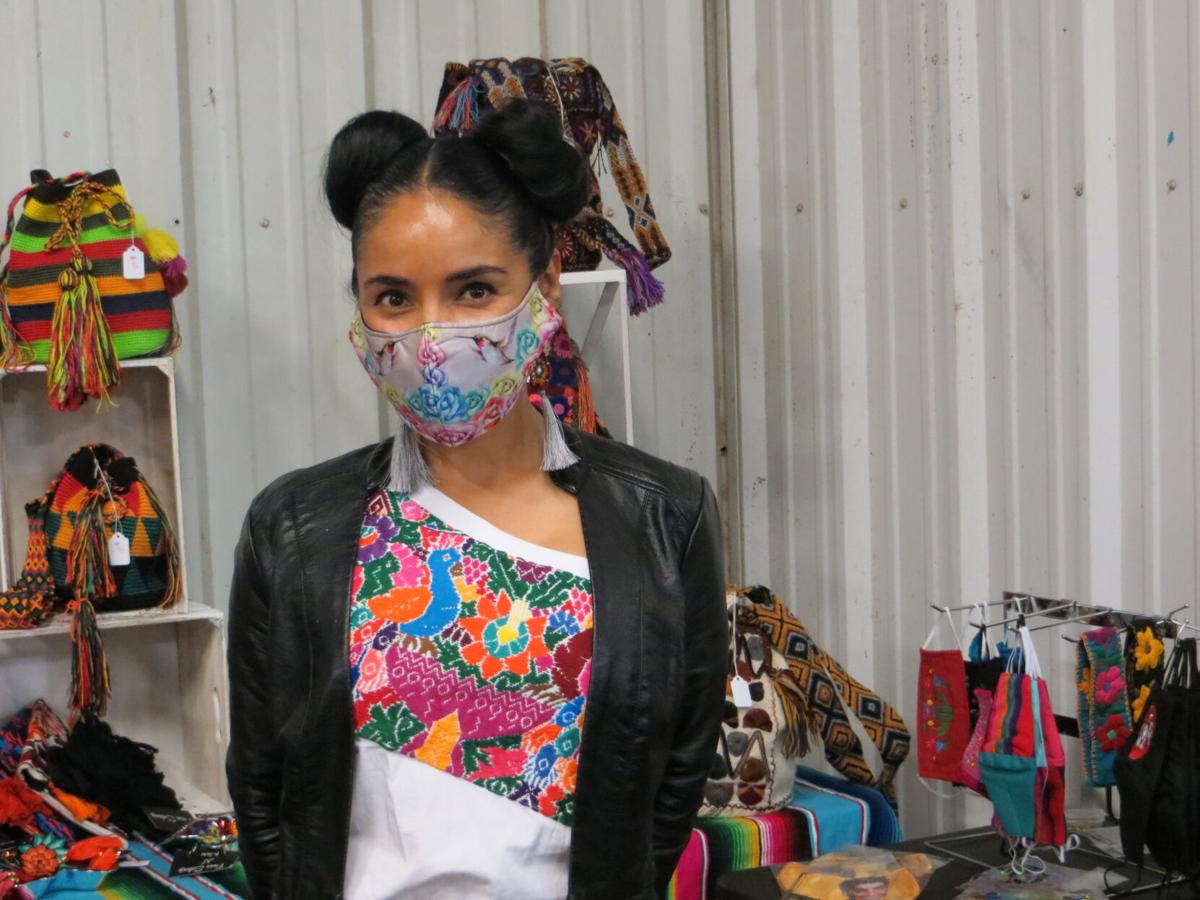 Erika Balderrama, first time vendor at the Dumas Noon Lions Club Arts and Crafts Show.  "It's exciting," she said of the experience. 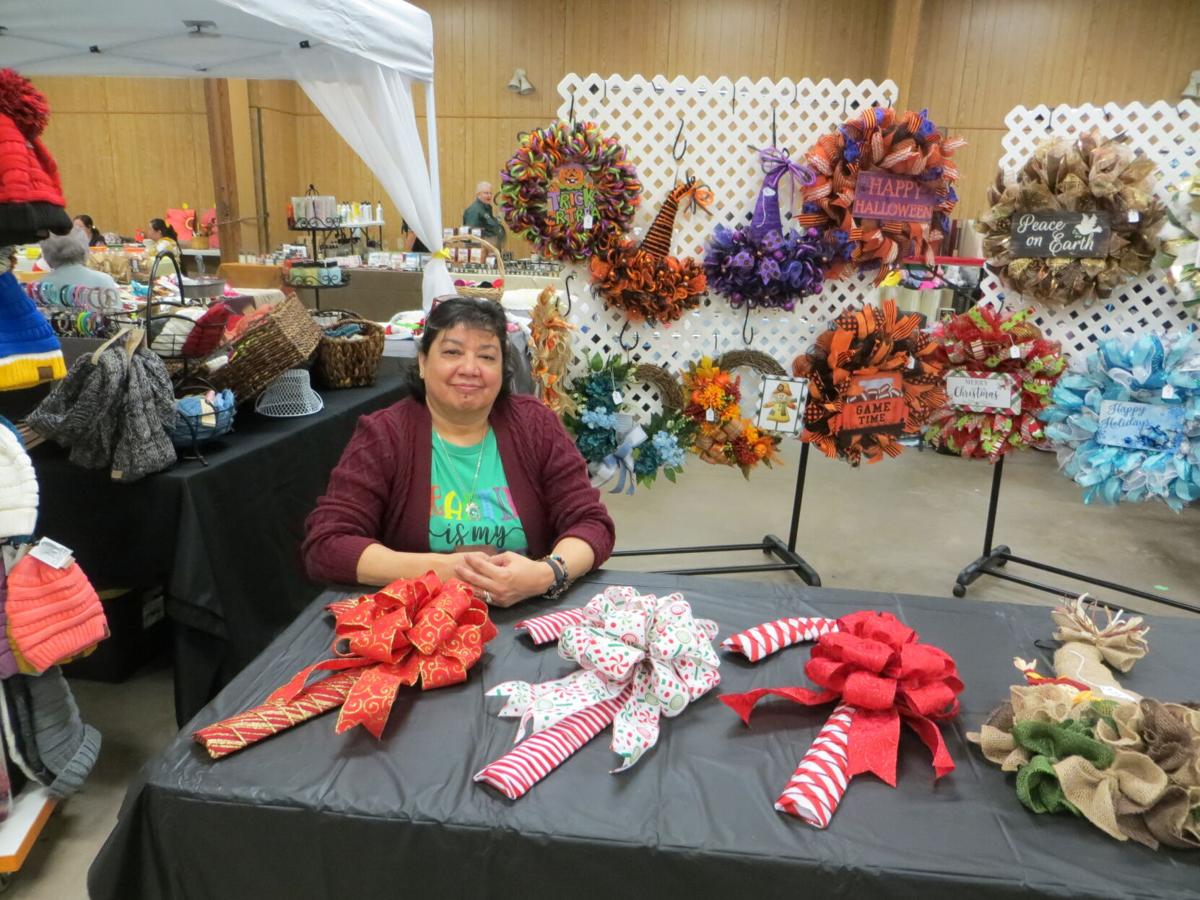 Gracie Martinez had handmade wreaths for sale Saturday.  "I love this," she said. 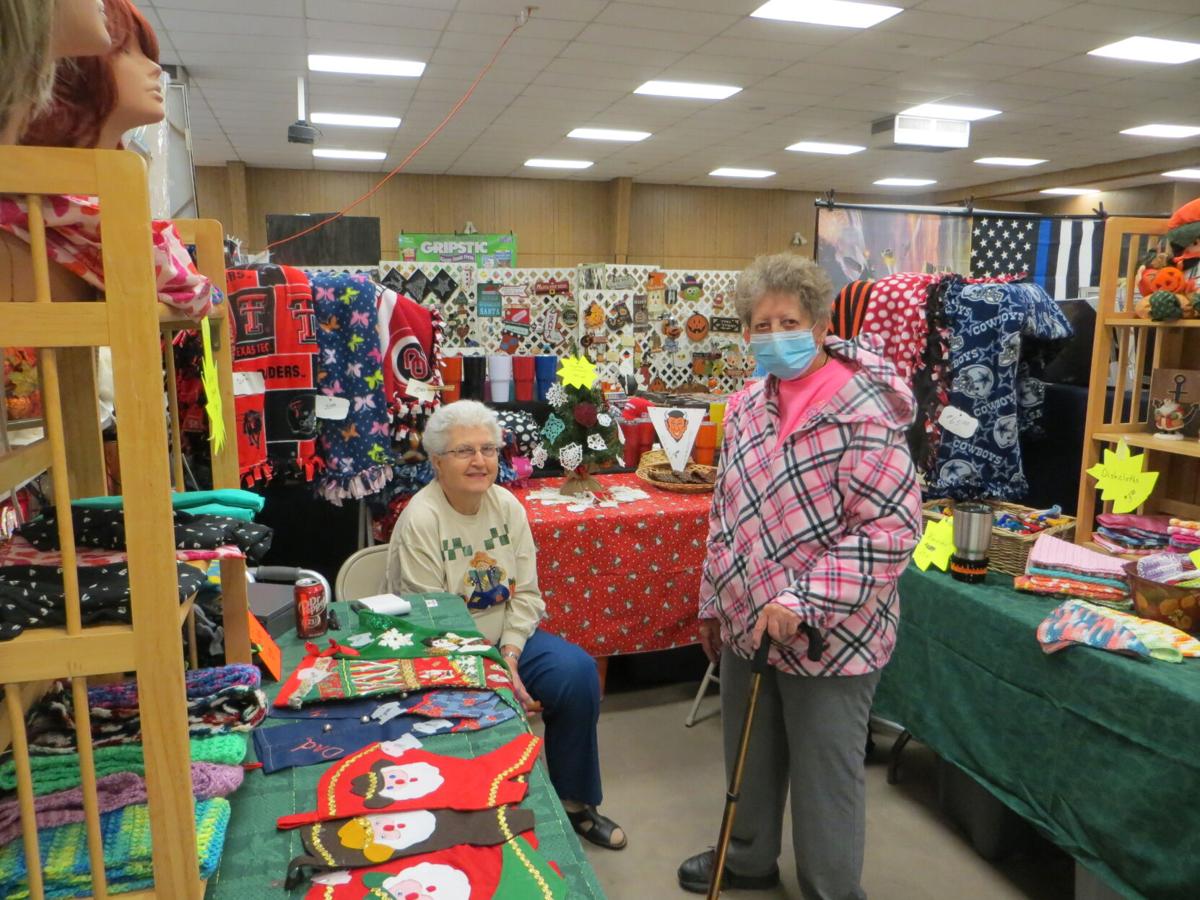 Erika Balderrama, first time vendor at the Dumas Noon Lions Club Arts and Crafts Show.  "It's exciting," she said of the experience.

Gracie Martinez had handmade wreaths for sale Saturday.  "I love this," she said.

James Mahaffey, the Lion in charge of this year's Dumas Noon Lions Club Arts and Crafts Show, was getting nervous back in September when a number of vendors who were planning to participate in the show cancelled out of fear of the COVID-19 pandemic.  "Everyone was afraid to show up due to that," he said.

He needn't have worried.  By this weekend, 49 exhibitors from across the Panhandle had rented all 71 available spaces, and the Moore County Community Building was packed with people selling art, crafts, clothing, jelly, salsa, spices, and a wide variety of other products.

Despite COVID, people turned out to shop, socialize, eat barbecue and other foods prepared by Rowdy Rhoades and Michelle Plunk and served up by members of the high school Leo Club, enjoy deserts provided by Lions Cub members, and try their luck in raffles.  Though there were signs up recommending that people wear masks, about half the vendors and shoppers wore one.  That did not stop the show from going on.  Mahaffey said only one vendor pulled out at the last minute because of people not wearing masks.

He said he thought the turnout was "pretty close" to last year.  "Most of the vendors did well."   The vendors he said. he talked to were pleased with the crowds and with the business they did, so much so that 31 exhibitors have already rented 50 spaces for next year.  "That is when you have a great show, when everyone wants to come back and pay in advance. … I have never seen it like this show ended up, people wanting their booths rented back."

Mahaffey said it was too soon to know how much money had been brought in, but he thought the Lions would have at least $3,000 to put back into the community, something that is especially important this year, after COVID forced the Lions to cancel Dogie Days for the first time in the event's more than 70-year history.  Dogie Days and the Arts and Crafts Show are the Lions' largest fundraising events annually.  Non-profit organizations such as Meals on Wheels, the YMCA, and others depend on the Lions Club for at least part of the funding they use to  provide services to Dumas and Moore County residents.  Meals on Wheels received $12,000 from the Lions last year, a significant chunk of the organization's budget for providing meals to elderly and disabled Moore County residents who are unable to fend for themselves.  Also last year, the Lions were able to give $1,000 each to the Ronald McDonald House, Dumas Satellite Workshop, and the Boy Scouts, all from money raised from the Arts and Crafts Show.

Voters break down which candidate they're voting for

Erika Balderrama of Dumas was making her first appearance as a vendor at a craft show this weekend.  She started her business, called Fresa Salvaje, three months ago after the COVID health crisis claimed her regular job.  "When one door shuts, another one opens."  This weekend, she was offering handmade clothing and other artisanal goods from southern Mexico and Peru.  She said the crowds had been good on Saturday.  "I am excited."

Kami and Shaunti Woodman of Dumas were also first time vendors.  They were selling handmade car air fresheners.  They too were happy with business.  "We are doing better than expected," said Kami.

Ivey Mae Porter is a veteran of six past shows.  "I do all the crafts, the crocheting, the sewing to keep my sanity," she said.  "I like to come here, because I know so many people in Dumas … I like to see the people I don't get to see otherwise."  Asked how business had been, she replied, "It's been really good."

Mary Gonzalez with Kismit Clay Creations drove from Amarillo to sell her wares in the Community Building this weekend.  This was the second second appearance for the Amarillo College teacher.  She said business had been "pretty steady."  "I am enjoying it," she added.

Gracie Martinez has come back three years in a row to sell her hand-crafted wreaths.  What makes her keep coming back?  "I love this," she said.