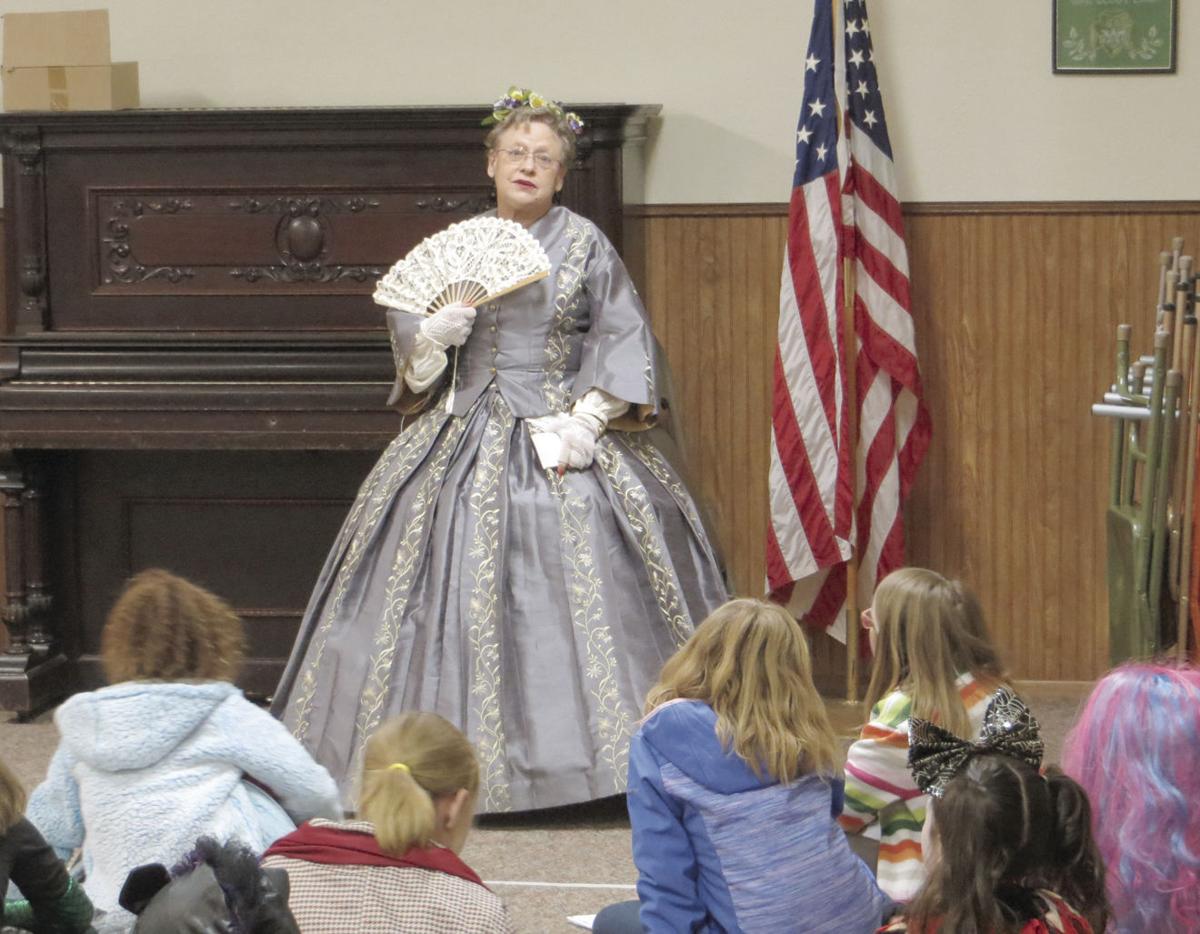 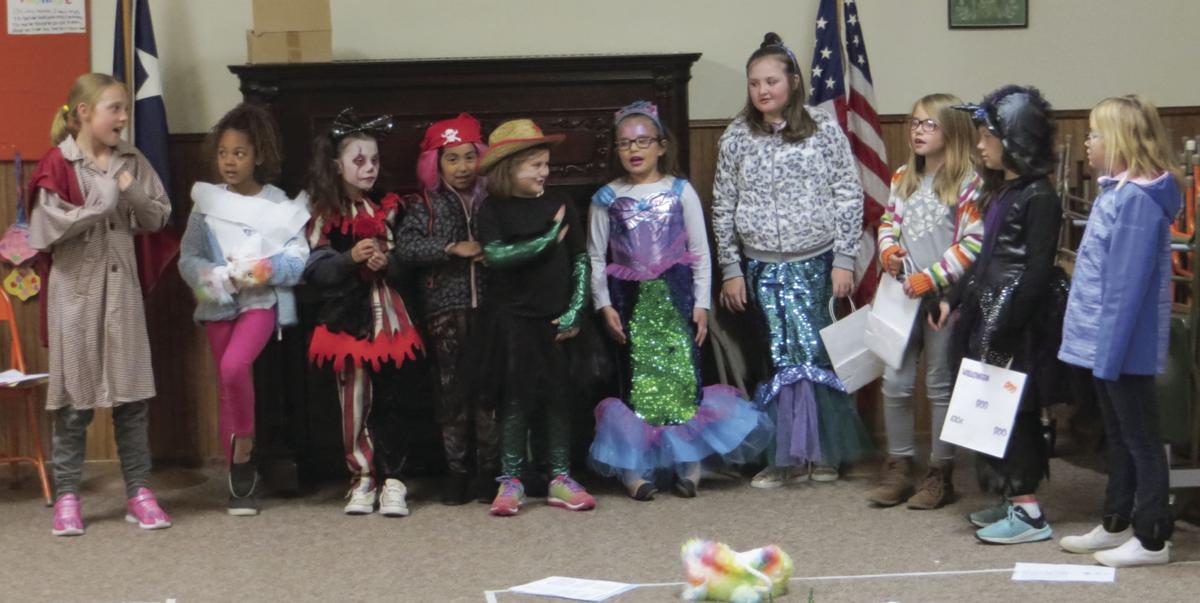 About 40 Girl Scouts, Brownies, and adult volunteers from troops across the county came together Tuesday evening in the Moore County Girl's Center in Dumas to celebrate the October 31, 1860, birthday of Juliette Gordon Low, founder of Girl Scouts of the USA.

The girls, many in Halloween costumes, sang songs, played games, and enjoyed a hot-dog supper.  The event was sponsored by the Moore County Girls' Trust, the organization that supports Girl Scouting in Moore County; Joan Criswell, chairman, led the music and games.

One of the high points of the evening was an appearance by Low herself, or, to be more accurate, long-time adult volunteer Sandra Barnes dressed in 1860's period costume.  Among other things, she told the girls about her costume and the details of Low's life and role in founding Girl Scouts of the USA.

"A lot of these little girls, this is their first year in scouting, so this is a good introduction into the activities and the fun of Girl Scouting," said Laura Aldrich, one of the adult volunteers.  The number of girls taking part in scouting has declined in recent years in Moore County and across the country as the number of other activities and distractions for girls has increased, but Aldrich is optimistic.  "We are up a little bit from last year, so we are happy," she said.  When she was a Girl Scout in the 1960's sports and other activities for girls were few and far between.  "Girl Scouting was a huge opportunity for girls back then, and it still is now.  We do some really unique learning activities, fun things to help them learn independence, cooperation, politeness.  We try to build character and give them opportunities to learn … it is a worthwhile activity."  Aldrich added that they are always looking for adults willing to work as scout leaders, something that has become more difficult with more women working outside the home.

Juliette Gordon Low was born in Savannah, Georgia in 1860.  While living in England in 1912, Low met Robert Baden-Powell, the founder of Boy Scouts.  That meeting proved to be an inspiration, and later in 1912, she founded Girl Scouts of the USA with 18 girls in Savannah.  She led the organization until her death in 1927.  Today, there are more than two and a half million girl scouts world-wide, according to the Girl Scouts website, and there are 50 million alumnae, including, among others, former United States Supreme Court Justice Sandra Day Oconnor, Mae Jemison, the first African-American woman to travel in space, singer Taylor Swift, and Tennis star Venus Williams.  In 2012, President Barack Obama awarded the Presidential Medal of Freedom posthumously to Juliette Gordon Low.

The celebration of Low's birthday is an annual event for the Girl Scouts of Moore County.  Sandra Barnes has been coming in costume for four years now, though she said, "I have not quite ventured into the corset yet.  They keep telling me they are comfortable, but I don't know if I believe them or not."  She enjoys dressing up and talking to the little girls.  "The girls just light up," she said.  "You see how excited they are.  I was a girl scout in Moore County.  I grew up here.  My dad helped build this building.  So we have always been very dedicated to the Girl Scouts, and I have found through my life that anything that challenged me, I could look back and say, 'I can do that, because I did it when I was a Girl Scout.' "