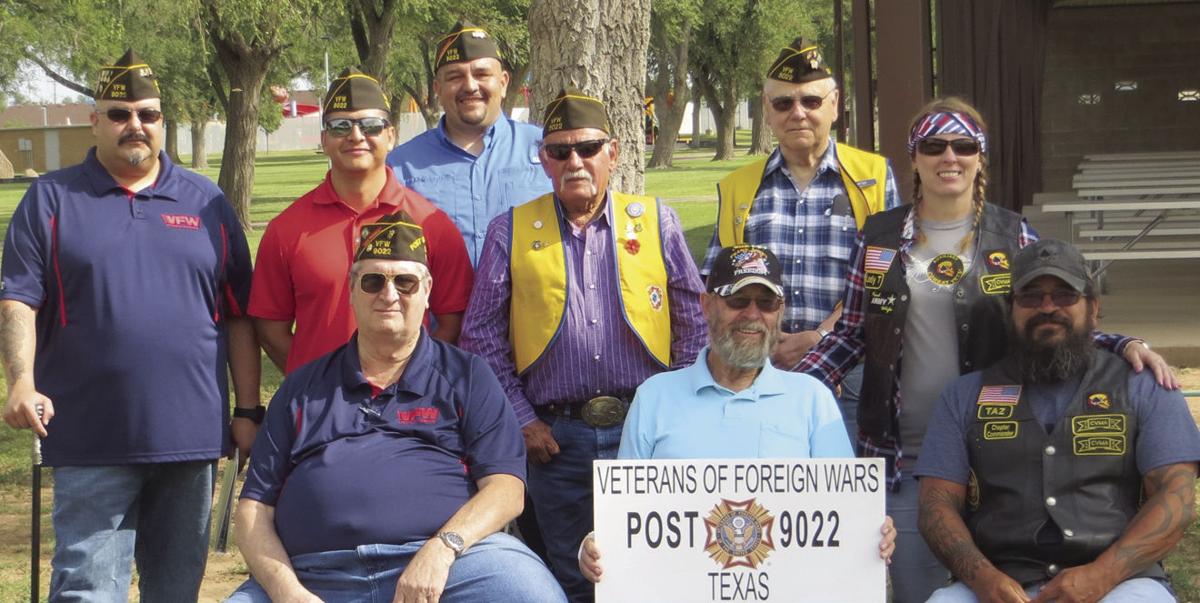 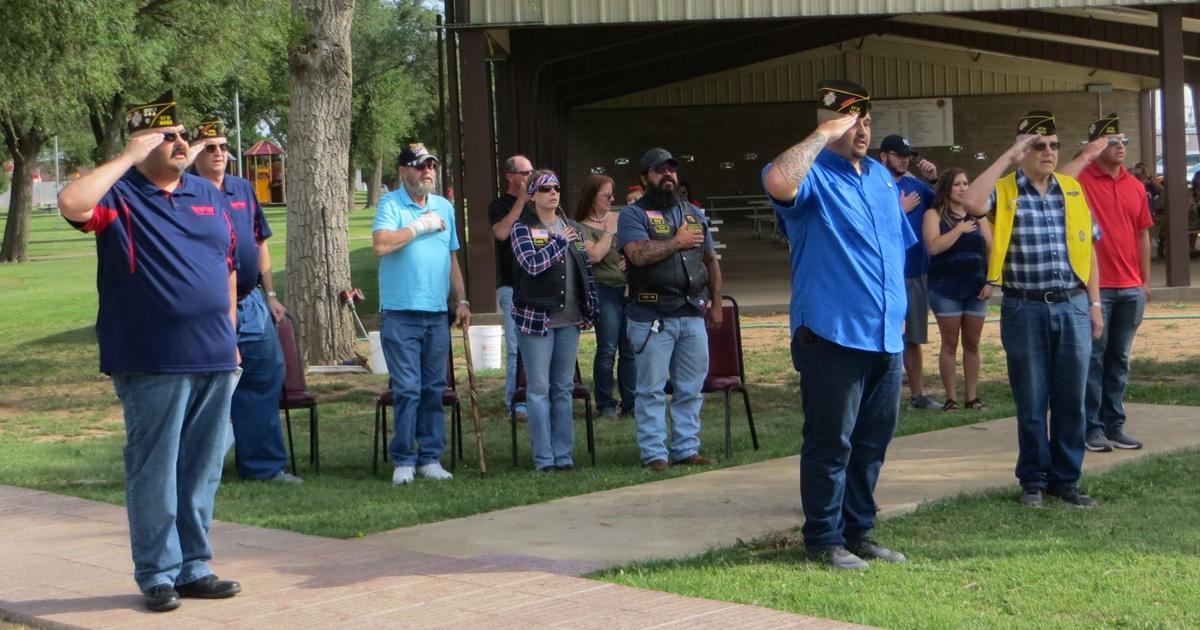 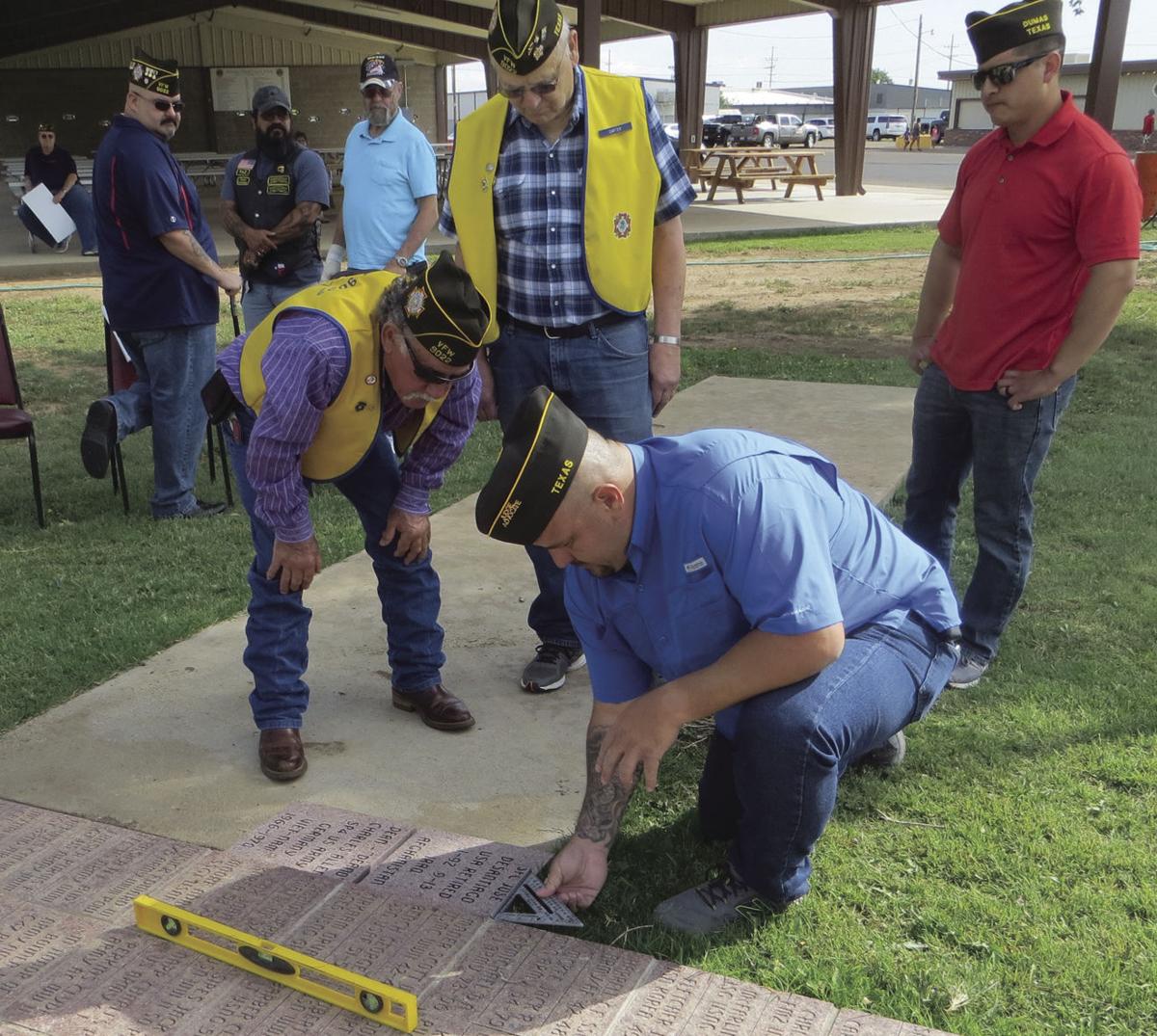 Members of Veterans of Foreign Wars (VFW) Post 9022 in Dumas gathered Saturday morning at the VFW War Memorial in McDade Park in Dumas to honor the military service of two local veterans and add bricks commemorating that service to the many other red bricks lined up in front of the memorial, each representing men and women from Moore County who have served in the armed services.

U. S. Army Specialist 4 Charles Allen Dean served as a heavy vehicle operator with the 9th Infantry Division in the Mekong Delta of Vietnam in 1968, the bloodiest year of American involvement in the Vietnam War.

U. S. Army Sergeant First Class Jose DeSantiago Munoz retired in 2013 after more than 20 years of service.  He served in both Iraq and Afghanistan during combat operations and received a Bronze Star, among many other awards.

VFW Post 9022 Commander Jason Denis spoke to the group assembled in front of the memorial:  "The memorial behind me is a monument to honor the sacrifice of those who served in combat and never made it home.  The pathway before you honors the service men and women of our communities.  These bricks have names you may recognize, and some you may not.  They are here so that we will not forget their service."

The commemorative bricks are a fund-raising vehicle for the VFW post.  Each brick contains the name, rank, and service details of up to three veterans.  Veterans are eligible to have a brick whether or not they served in war.  Prices range from $65 to $195, depending on how much information someone wants to have on a brick.  For more information, contact VFW Post 9022 in Dumas.