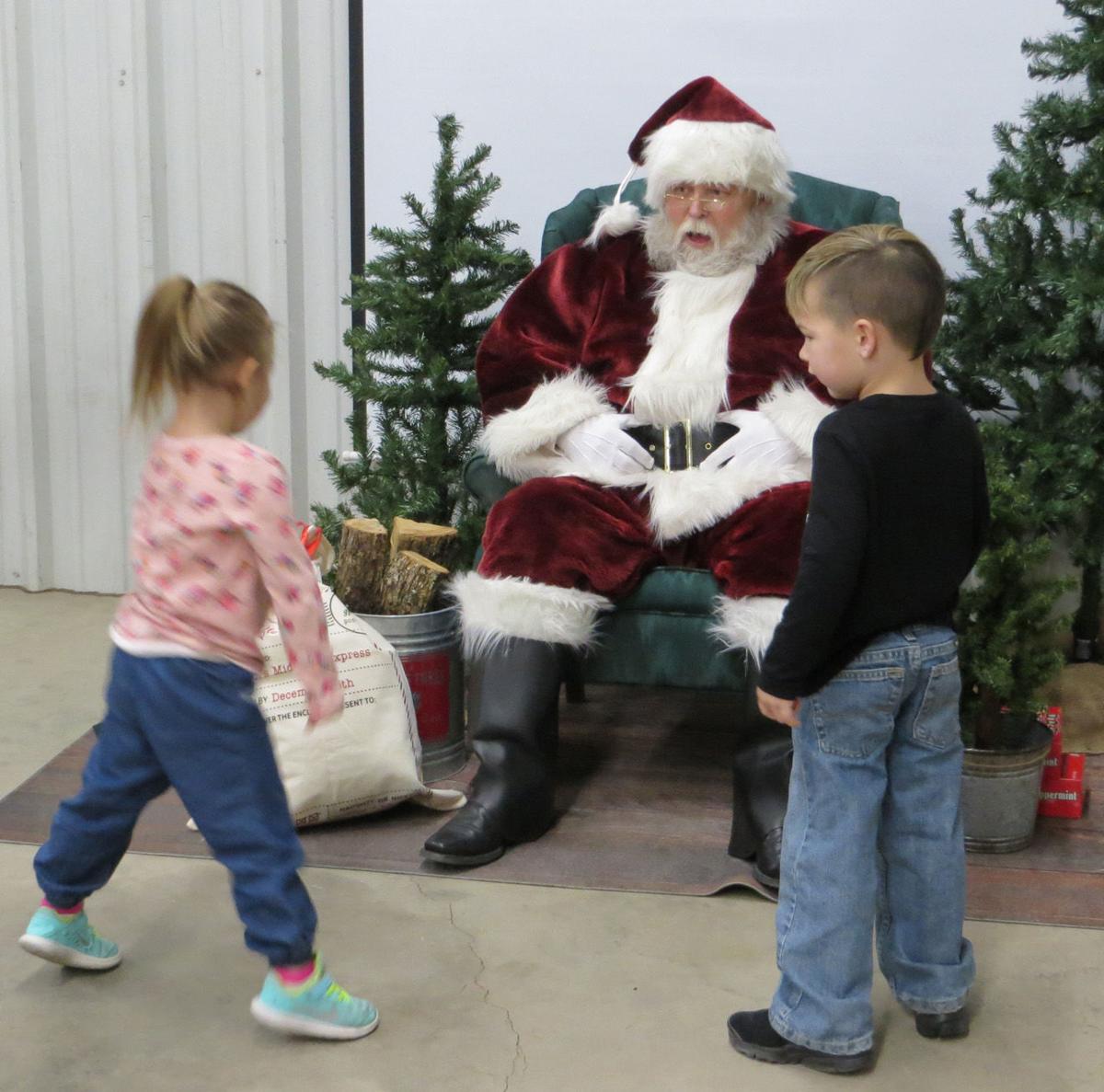 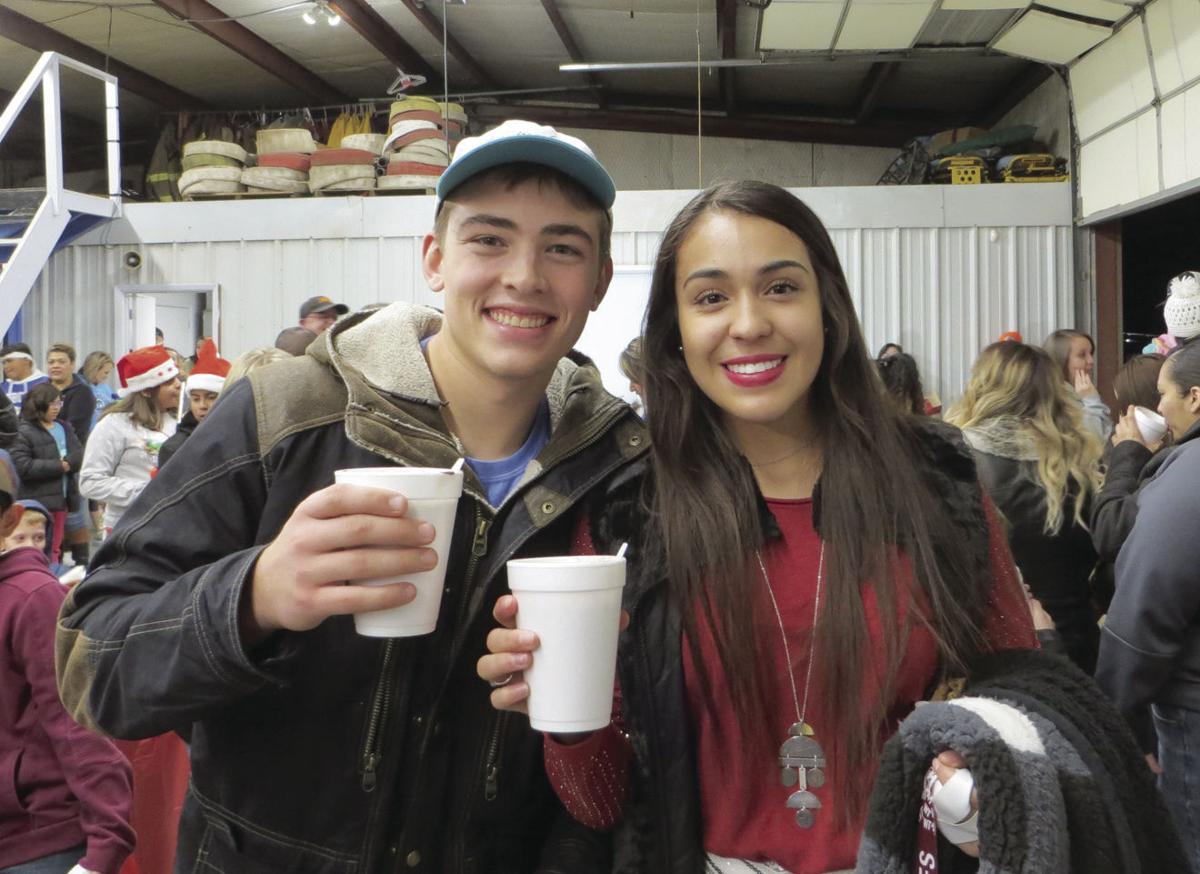 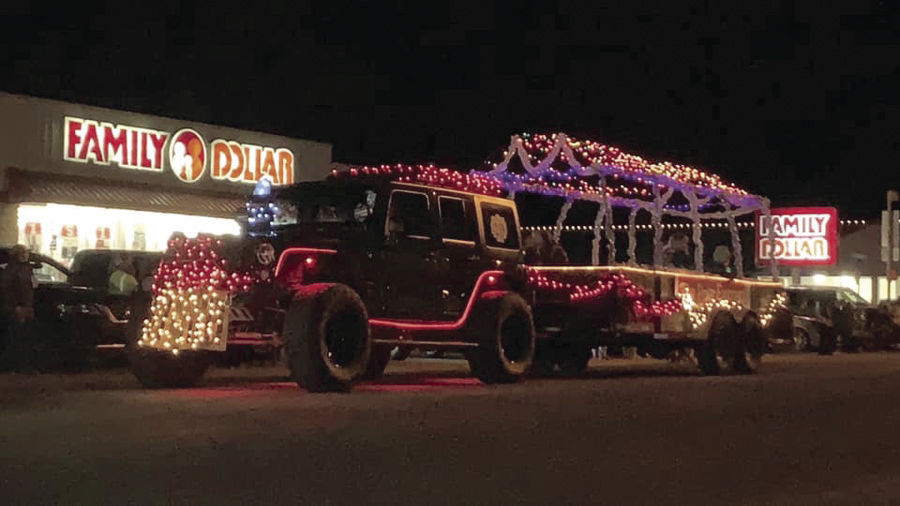 The winner of the light competition of the first annual Sunray Christmas Lights Parade was a float built and entered by the Sharp family.  First prize was $100. 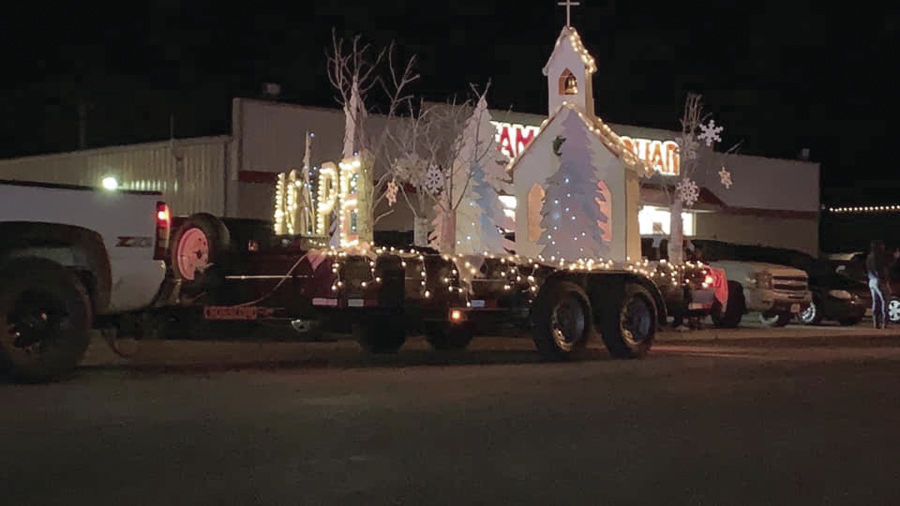 The second place float, and winner of $75, was entered by the Bible Baptist Church. 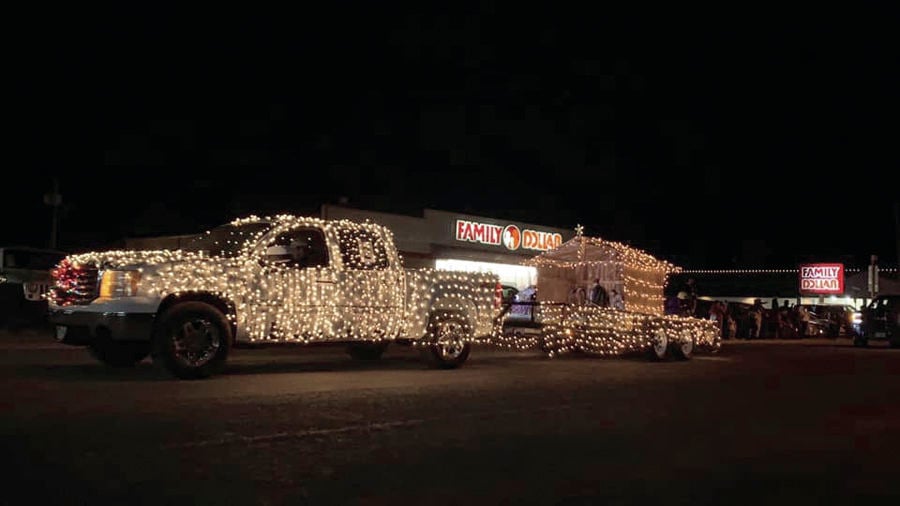 In third place, receiving $50, was the float from Christ the King Church.

The winner of the light competition of the first annual Sunray Christmas Lights Parade was a float built and entered by the Sharp family.  First prize was $100.

The second place float, and winner of $75, was entered by the Bible Baptist Church.

In third place, receiving $50, was the float from Christ the King Church.

"I thought it was awesome.  It was cool to see all the lights," said Michael Peeples one of the many spectators lined up along Main Street in Sunray Monday night to watch the first Sunray Christmas Lights Parade.  First responders and more than 25 lighted floats from all over the county paraded from 3rd Street to the fire station, impressing and bringing a bit of Christmas cheer to a large and enthusiastic crowd that braved moderately cold weather to stand along the street and watch.  Everyone talked about how well the floats were decorated, especially for a first-time event.

The Sunray Lions Club sponsored the event to benefit the Sunray Resource Center, a food bank that is in search of a new home.  It was Kelby Sharp, a member of the club, who came up with the idea and organized the parade.   The response from the community was beyond his expectations.  "It was a pretty big turnout," he said Monday night.  "It was way bigger than we thought it would be."

"It was incredible.  We needed something like this," said Sunray Mayor Bruce Broxson.  "Kelby did a great job of putting it together … I thought it went really well."  He says he thinks this will become an annual event.

The enthusiasm for the first-time event seemed to be pretty universal.

"To me it was a 100 percent total success," said Dumas/Moore County Chamber of Commerce Executive Director Carl Watson.

"I thought they did a great job," said Matt Mc Pherson of Sunray.

Utegration Completes the Acquisition of HPC America, Originator of the "FERC Module"

5 things about MLK that may shock you

The lighting of the Christmas tree by the fire station went off without a hitch; people lined up afterwards to enjoy hot chocolate and have pictures made with Santa.  A Christmas grinch proved to be very popular with the children.

The winner of the light competition and $100 was a float entered by the Sharp family.  Christ the King Church came in second, winning $75, and the Bible Baptist Church ended up in third, receiving $50.  All three winners opted to donate their winnings to the Sunray Resource Center.