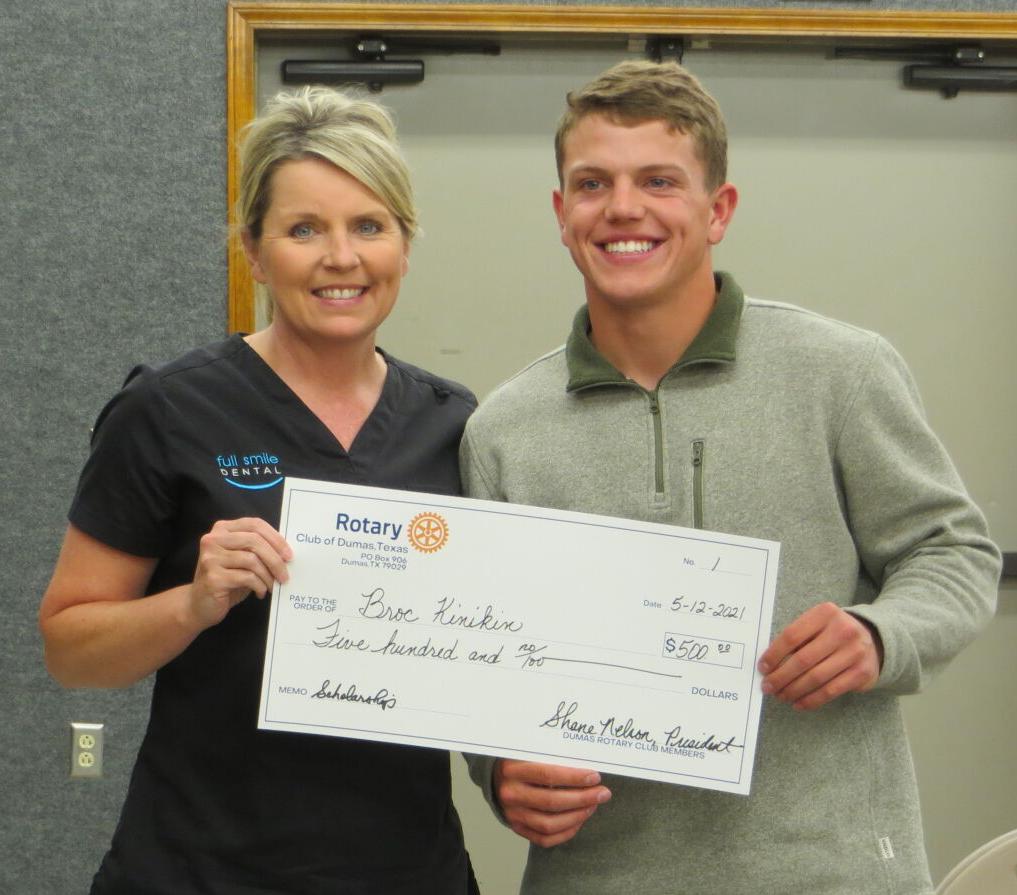 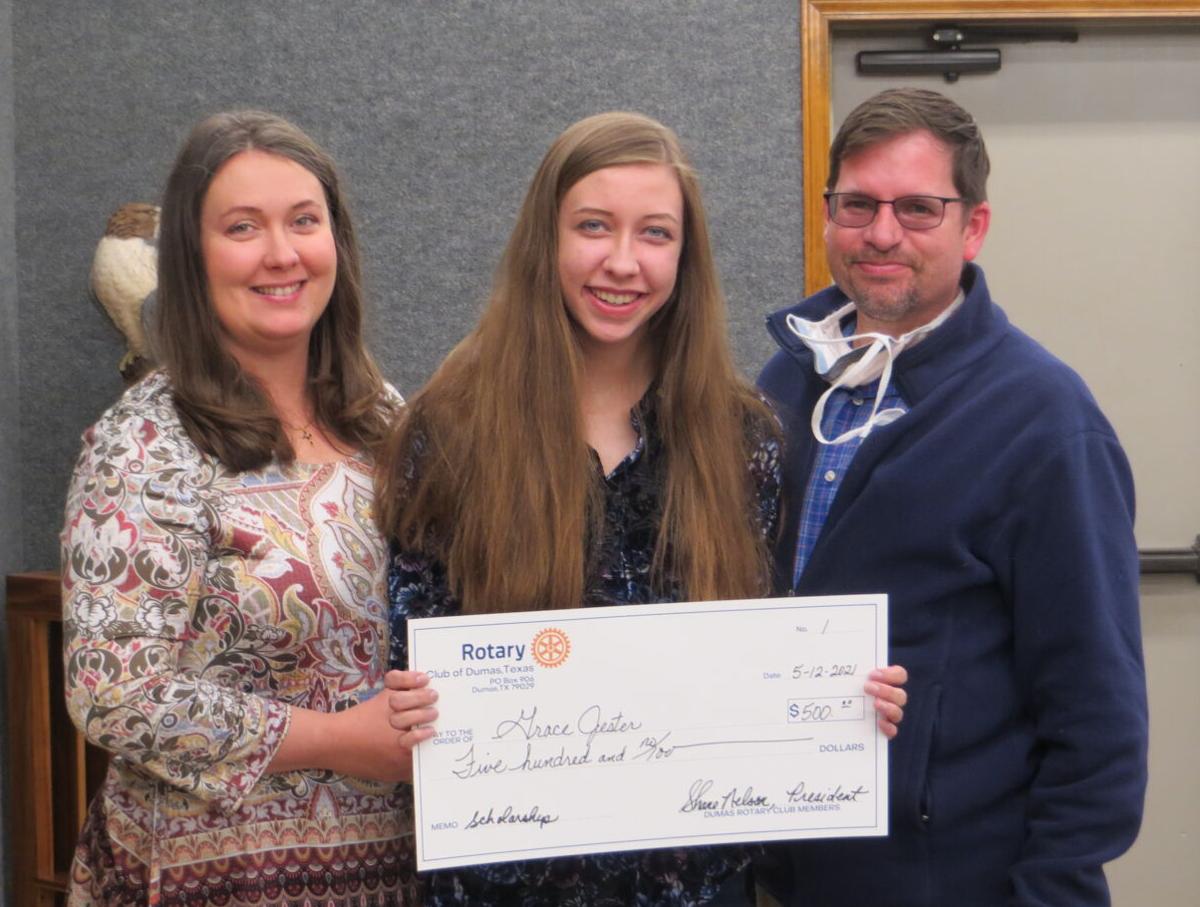 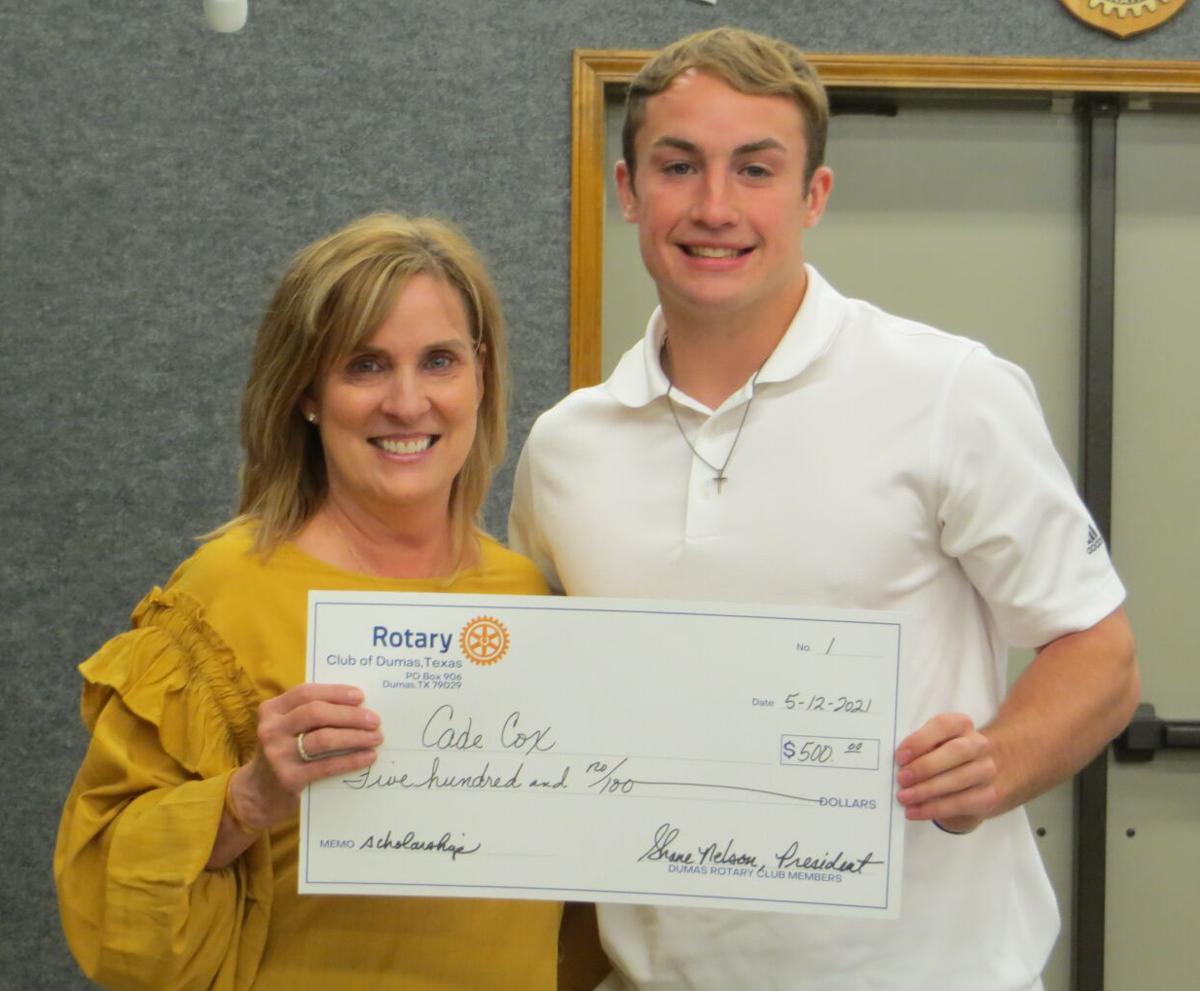 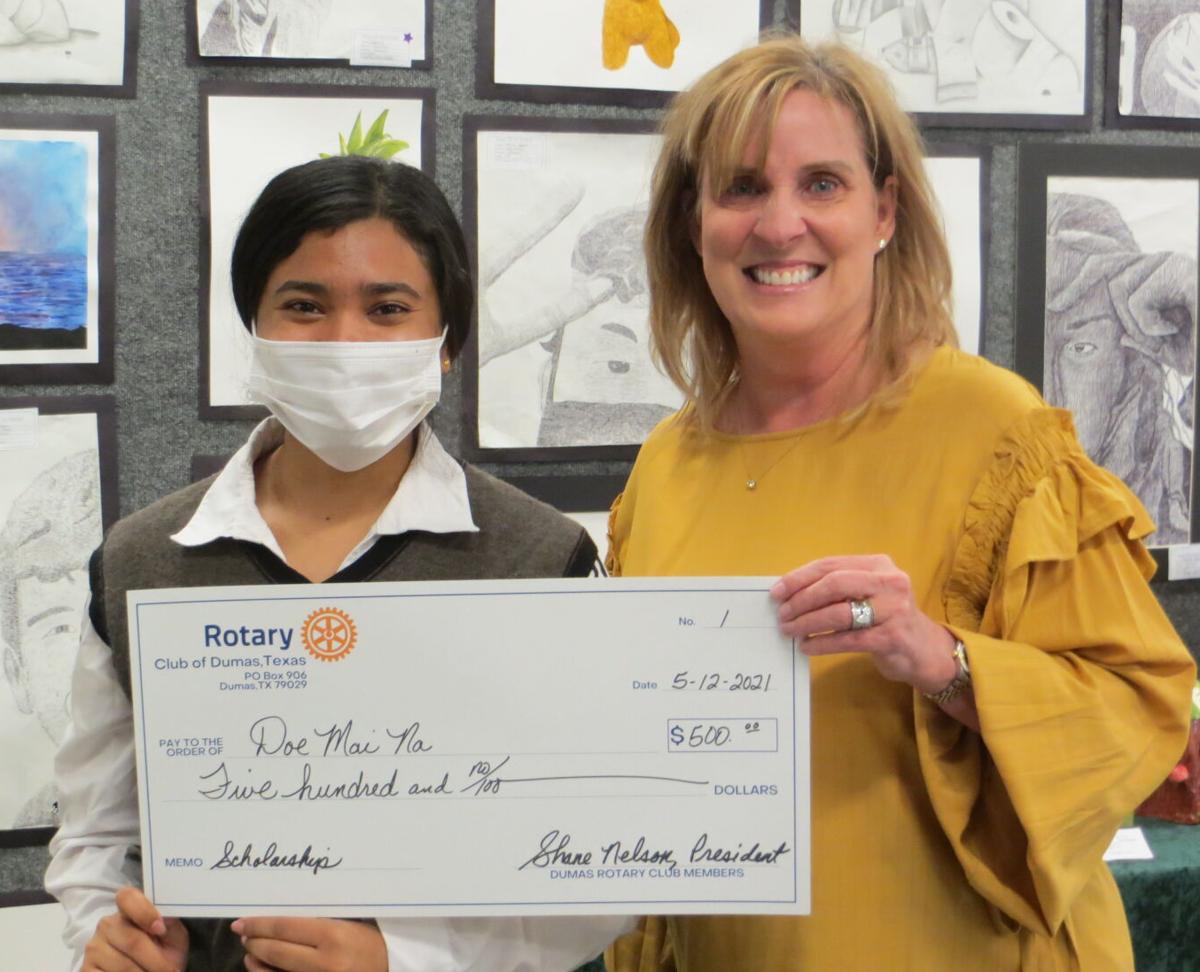 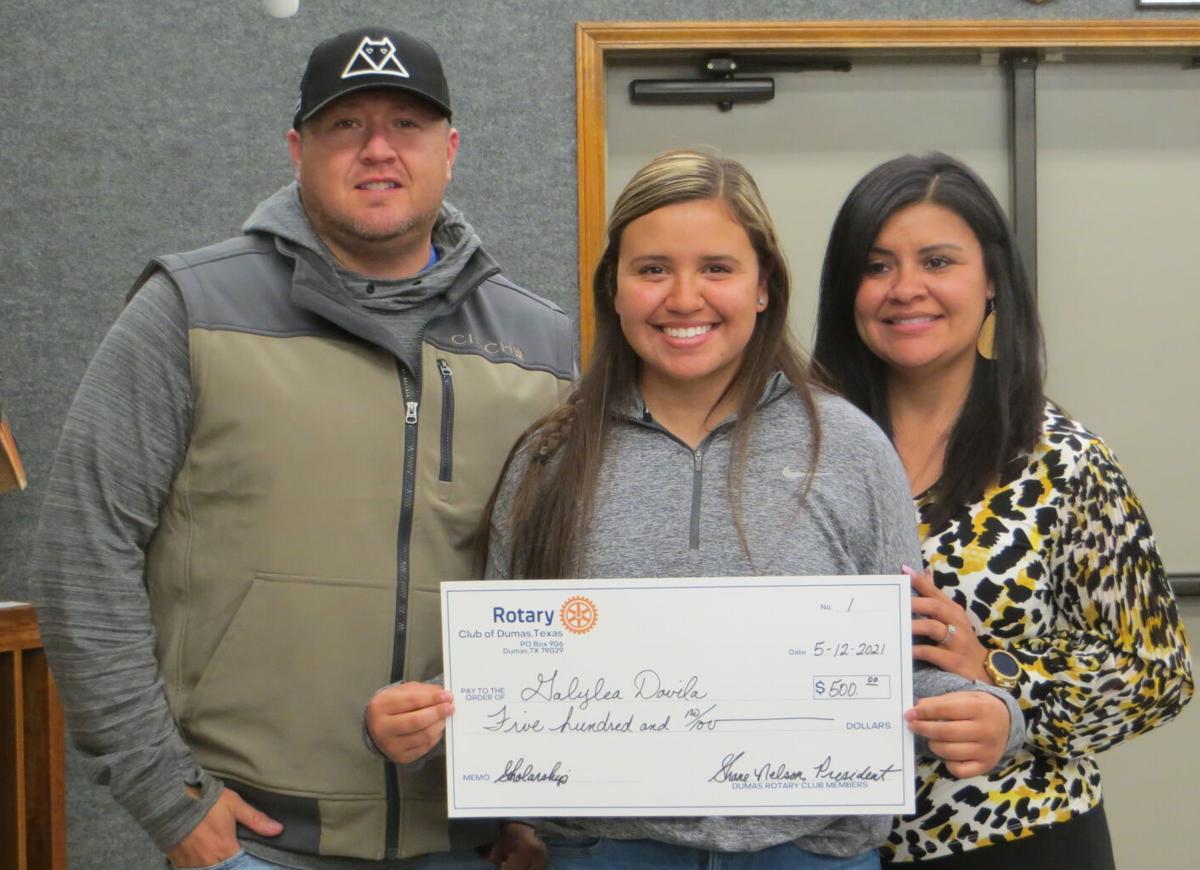 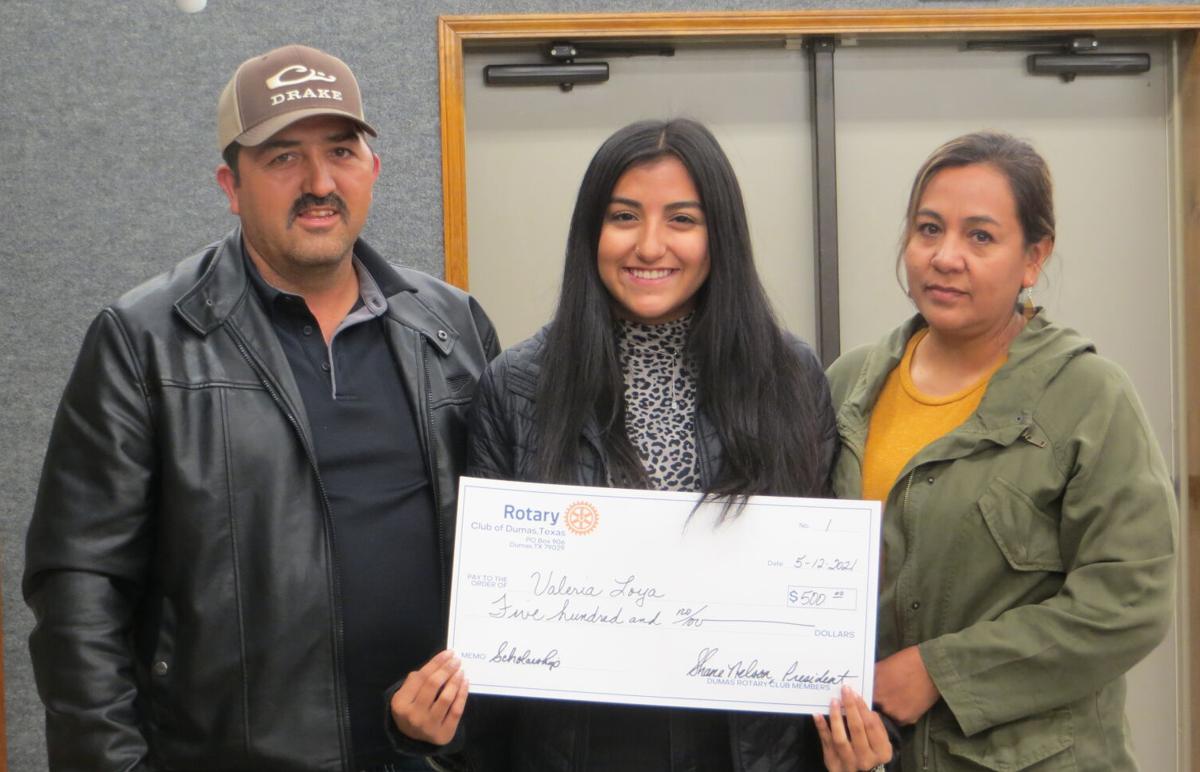 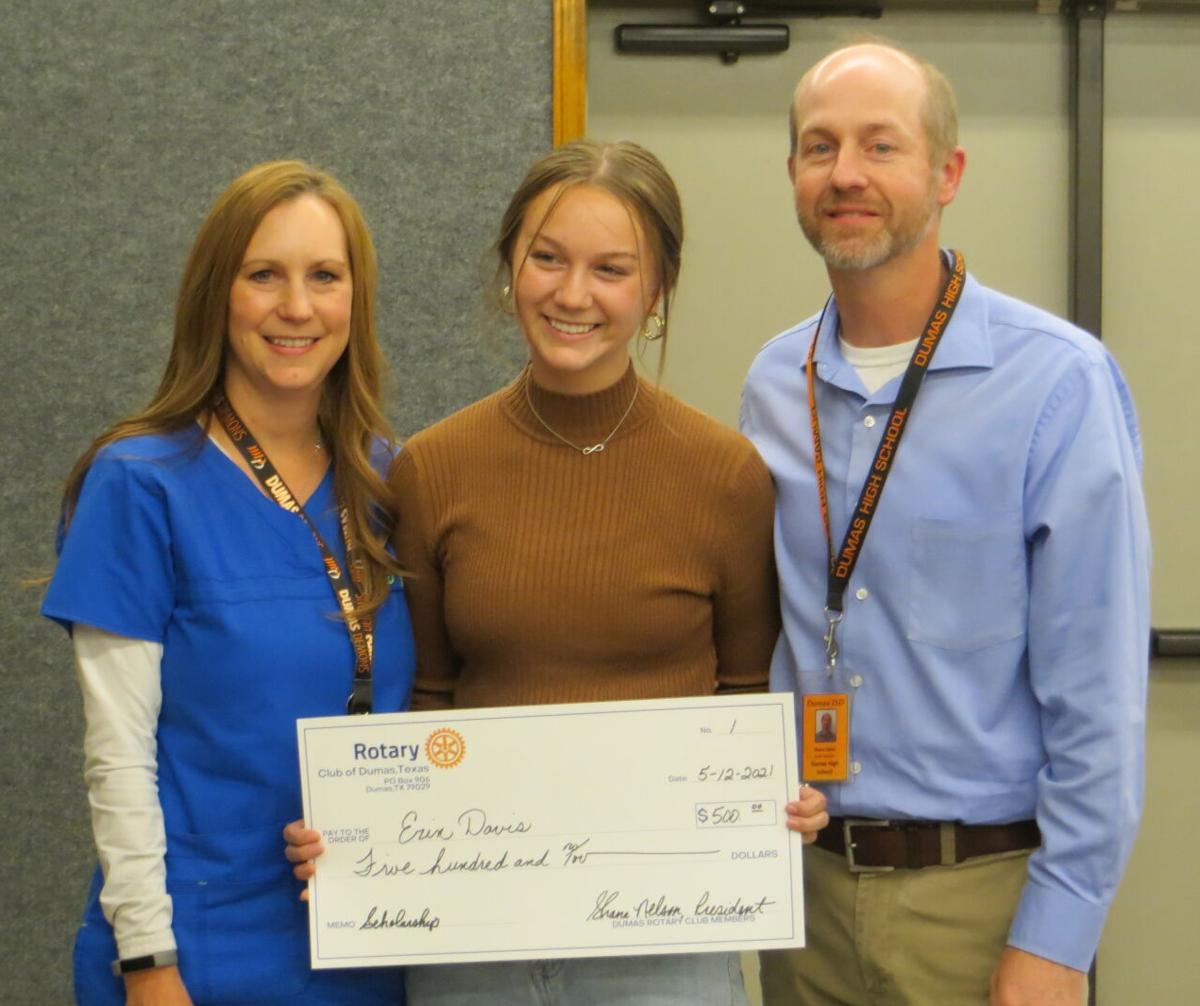 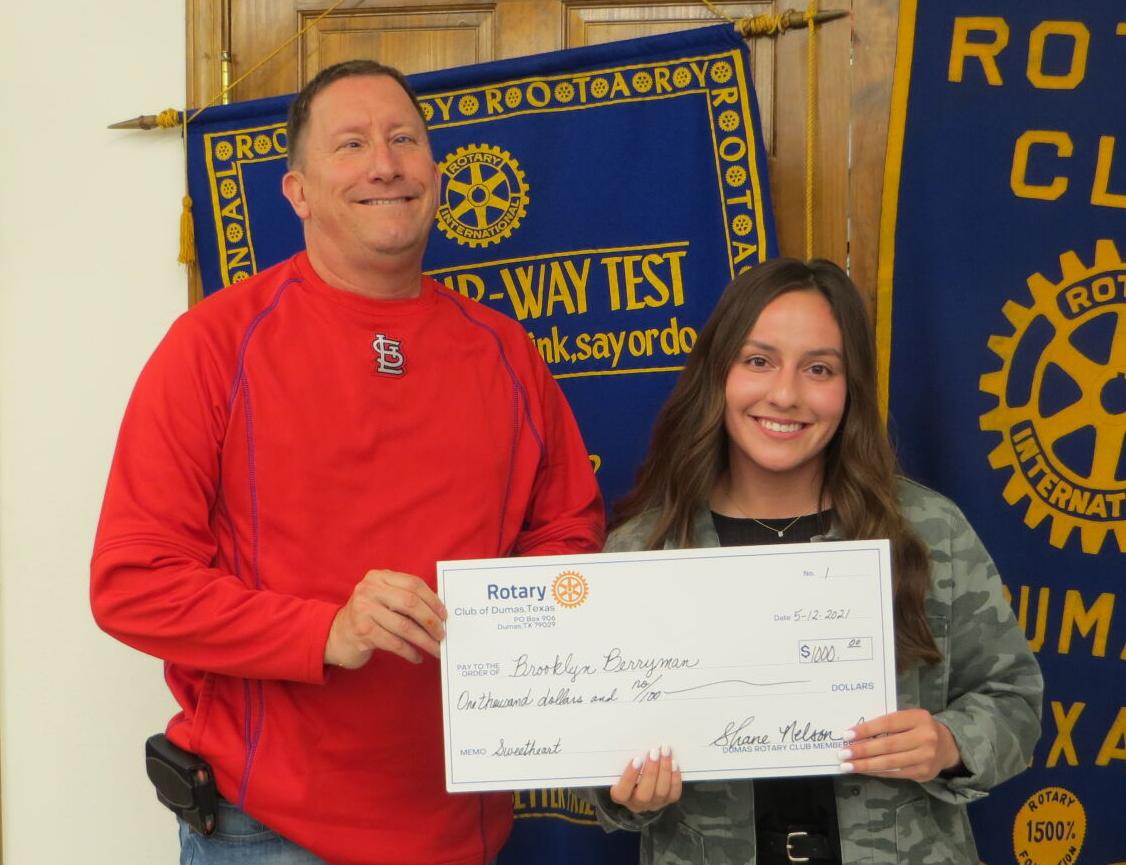 The recipients were individually recognized and honored during the meeting.

The scholarships, awarded annually, are available to all DHS seniors, according to Shawn Frische of the Dumas Rotary Club.  Students apply for the scholarships earlier in the year, and the awards are announced in May.  Frische said there are no requirements other than being a DHS senior, and the scholarships can be used to further the students' education at any college.  "Two year, four year, it doesn't matter," she said.

The club hosts a golf tournament every year in May to raise funds to pay for the scholarships.

"We just like to honor the students and give them an opportunity … we are involved in quite a few things, but locally we know that this is something we could do, and it benefits the kids," said Jo Stroebel of the Dumas Rotary Club.  Among other community service activities, the club also gives each area kindergarten student a personalized story book.

According to Nelson, it is common for Rotary Clubs across the nation to give scholarships.  "It is important … it is part of the reason we do our fundraisers … to provide kids with that chance to go to school."