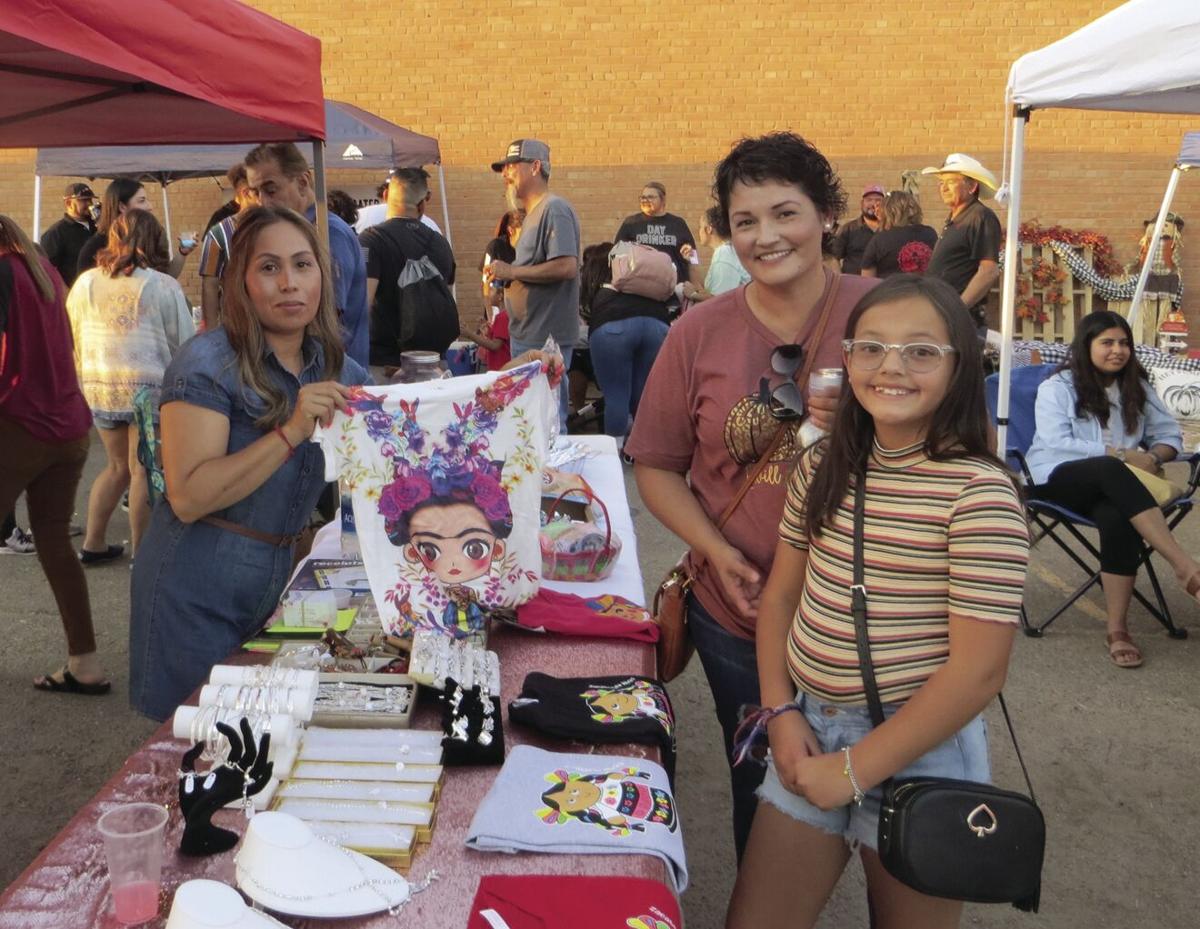 Shoppers found a variety of products on sale at the Sip and Shop event Saturday. 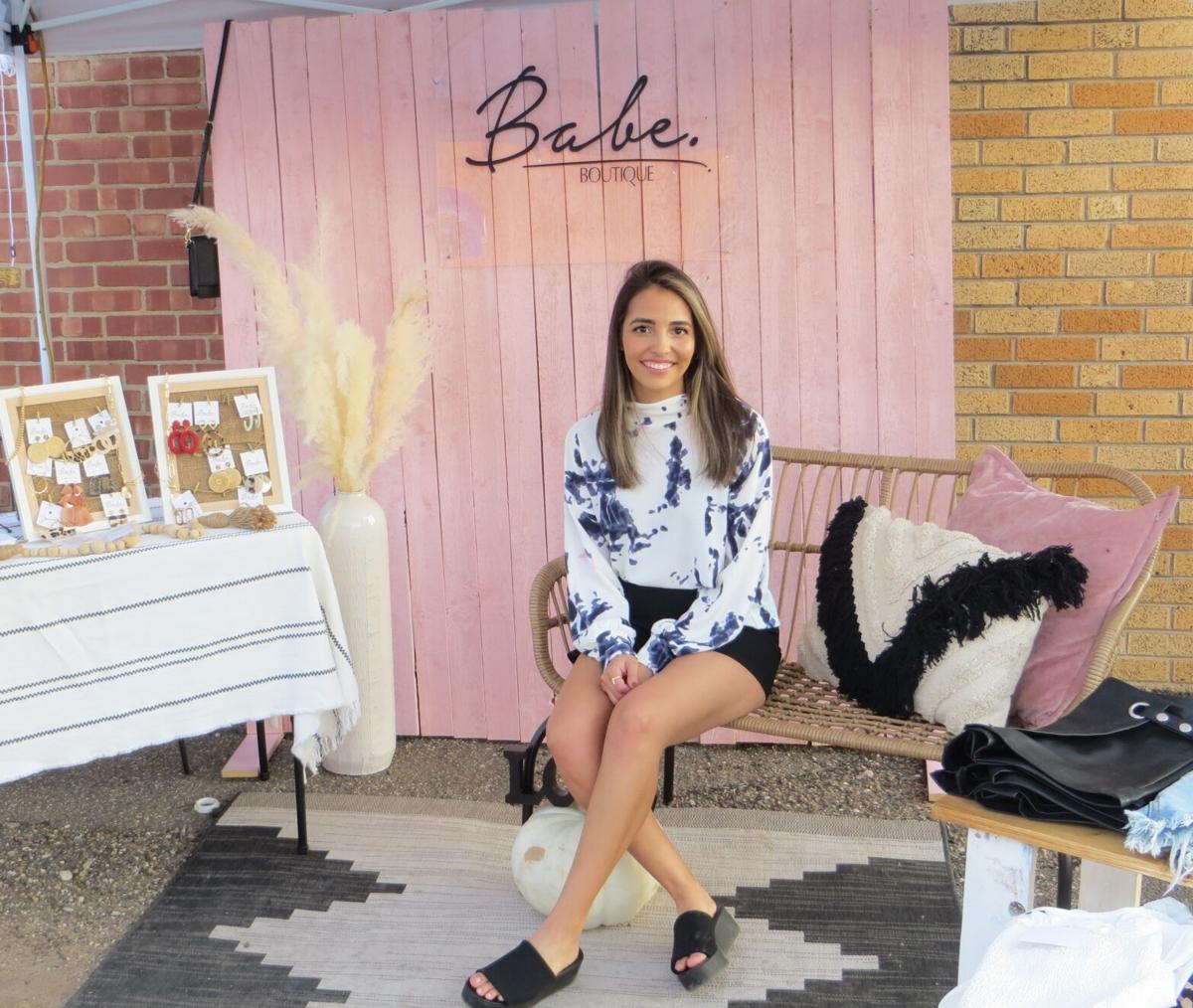 Karina Garcia of Babe Boutique was selling clothing Saturday.  She was one of the vendors rained out at the first Sip and Shop in September. 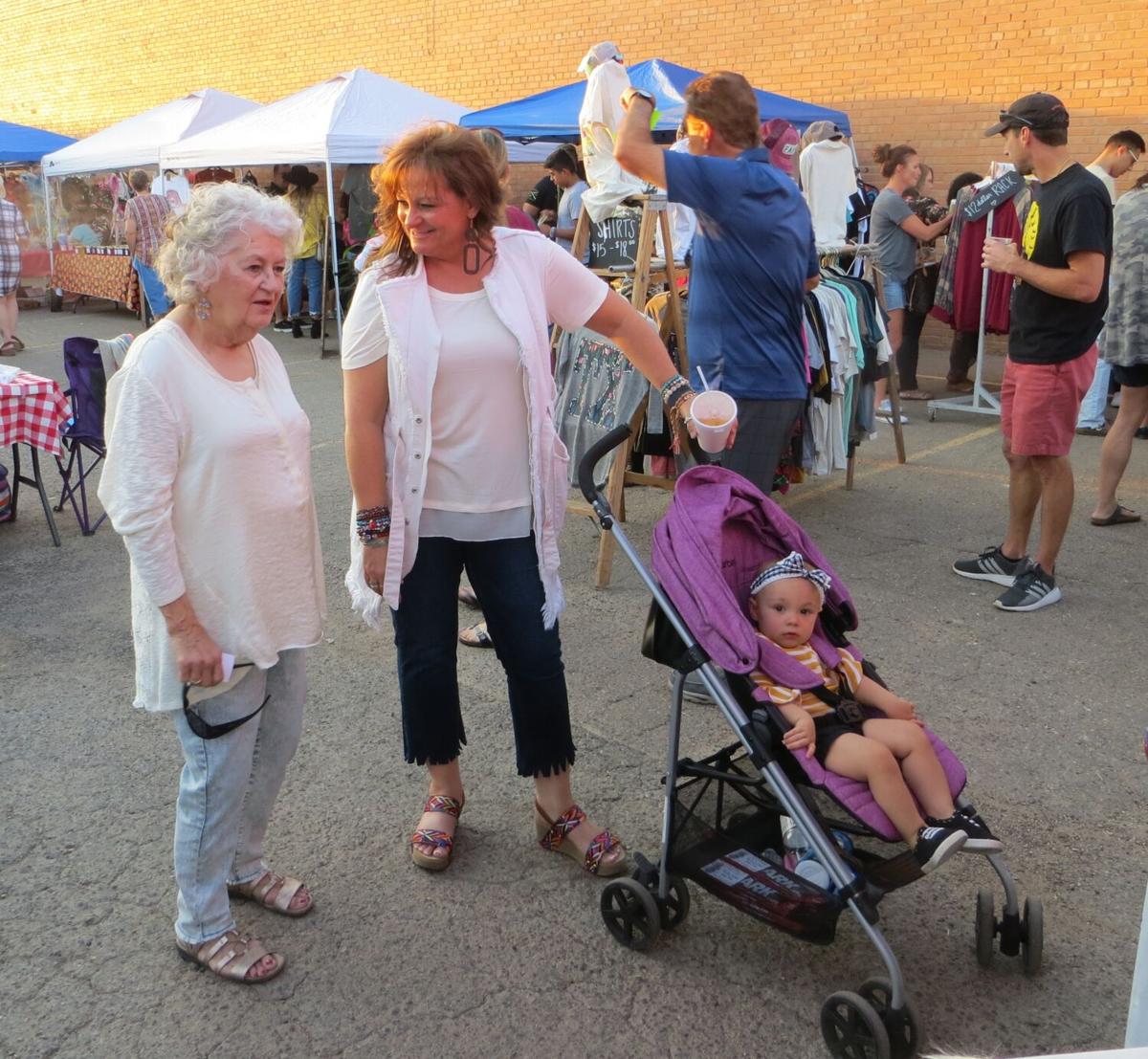 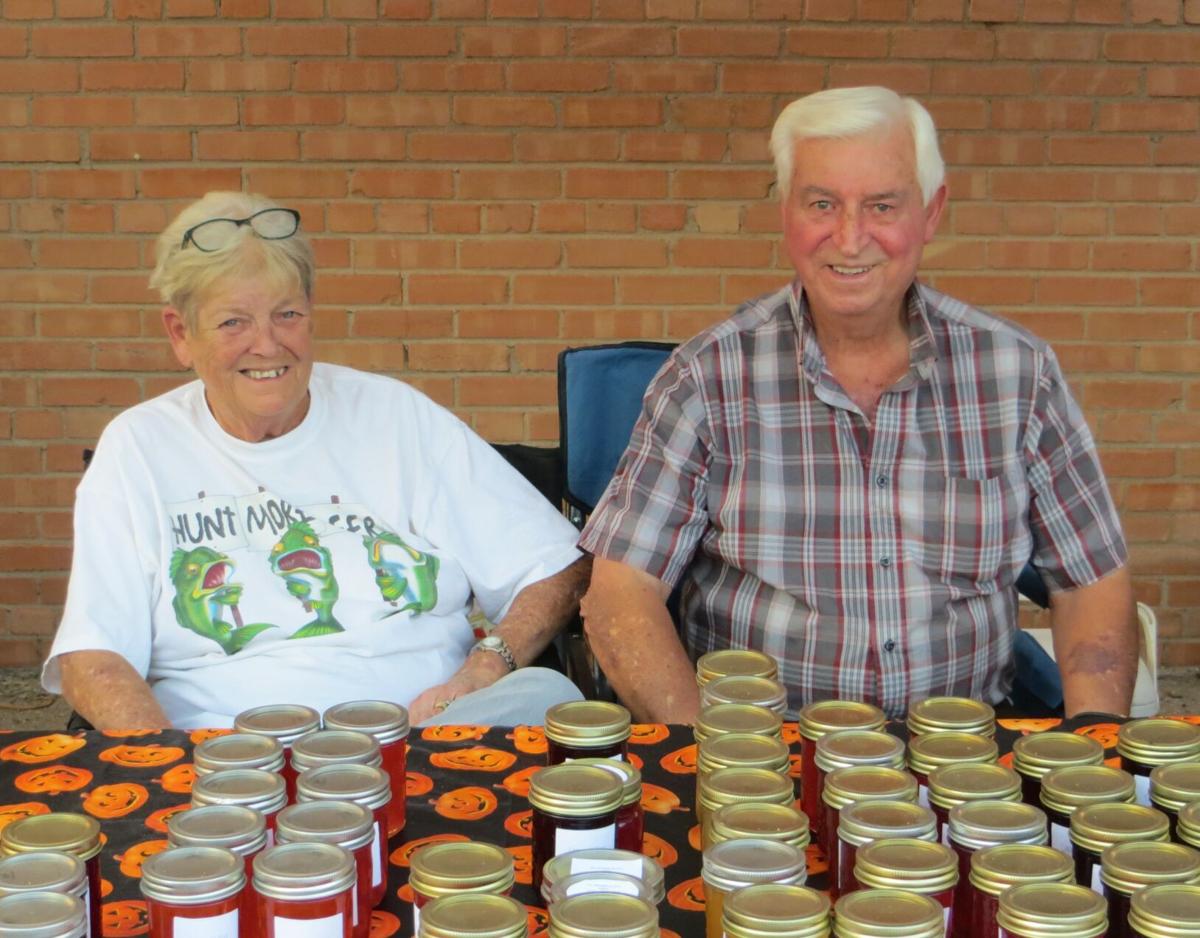 Jack Jameson and his wife Carolyn had homemade jellies to sell Saturday. 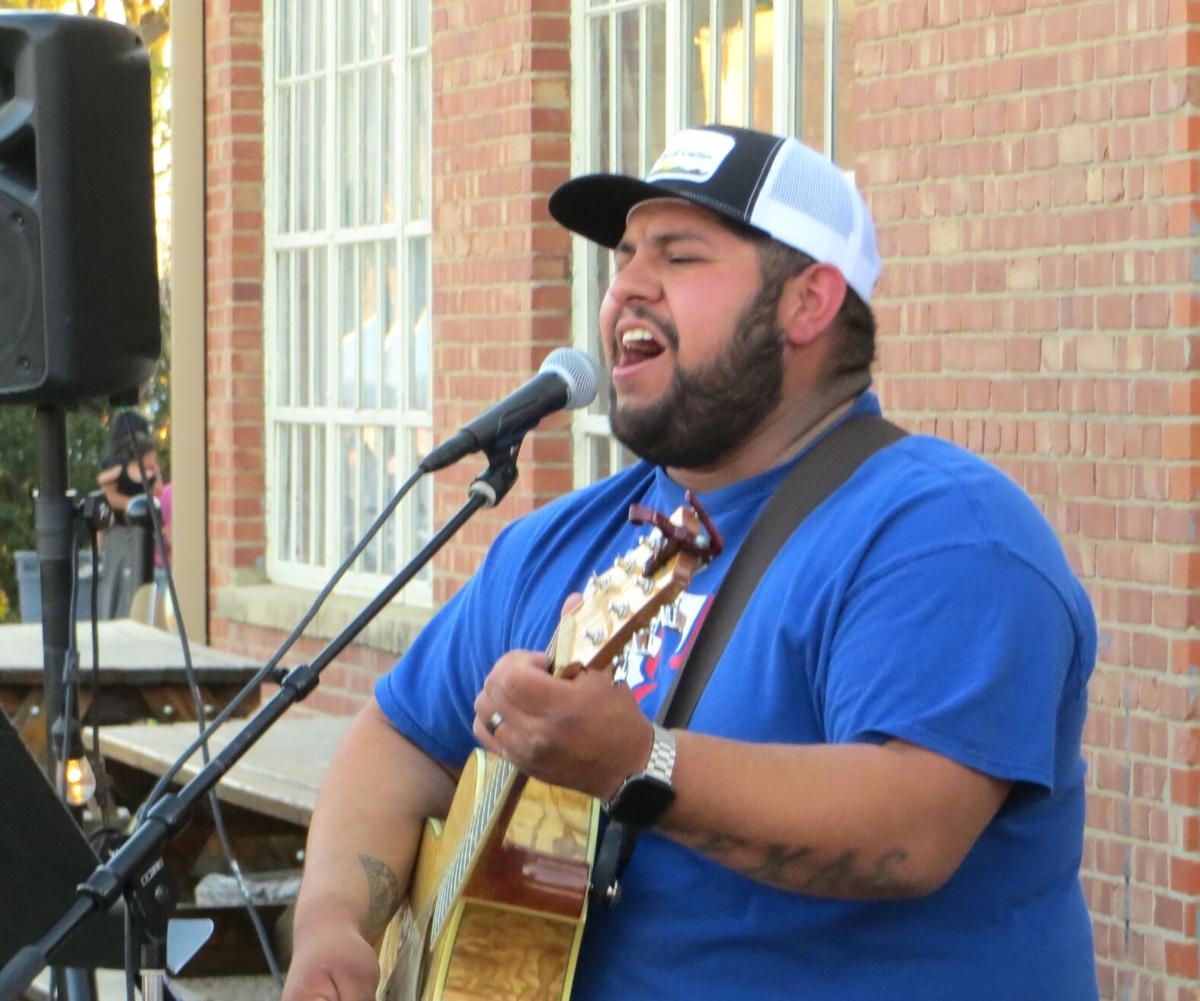 Shoppers found a variety of products on sale at the Sip and Shop event Saturday.

Karina Garcia of Babe Boutique was selling clothing Saturday.  She was one of the vendors rained out at the first Sip and Shop in September.

Jack Jameson and his wife Carolyn had homemade jellies to sell Saturday.

The second time proved to be a charm Saturday, as Dumas residents made their way downtown in large numbers to shop and socialize under a clear sky at the Dumas Downtown Association's (DDA) second Sip and Shop event.  Saturday was a warm, calm October evening, a far cry from the windy deluge that ruined the first attempt in September, sending shoppers and outdoor vendors running for cover and Dumas Avenue store owners erecting barricades against water lapping at their front doors.

On Saturday, people listened to live music from Roman Carbajal, shopped at outdoor vendor booths set up in the parking lot just north of the Toppled Turtle, soon to be a microbrewery and pub located in the old Phillips and Son building on Dumas Avenue and 7th Street, and visited Dumas Avenue stores that had remained open Saturday evening for the event.

"I thought it was amazing.  We had a great turnout.  It was full of people," said Irene Delgado, executive director of the Dumas Downtown Association and organizer of the event.  She said 35 vendors showed up Saturday, including all those who had been rained out in September.  She said vendors and store owners alike were pleased to find that visitors were in the mood to buy.  "All the businesses did great," she said.

Karina Garcia of Babe Boutique had no complaints.  She was one of the outdoor vendors.  She was selling clothing and other items from her decorated booth.  In September, she had been forced to rush to pack up in the rain.  Saturday, she said she was enjoying the  weather and, she added, customers were buying, so much so that she had completely sold out of some items.

Jack and Carolyn Jameson too were outdoor vendors.  They were selling homemade jellies from a table at the north end of the parking lot.  Like Garcia, they were happy Saturday evening.  Customers were buying.

On Dumas Avenue, Ellen Skipworth and store owner James McAlister were in Flowers Etcetera waiting on customers and offering tea and cookies to what they said was a steady stream of people Saturday evening.  They said business had been "better than we expected."

To put the Sip in Sip and Shop, vendors and store owners served alcoholic and non-alcoholic beverages to their customers all evening.  The Fillin Station and Texas Brewskis were also on hand giving away samples of beer.

Delgado said the food trucks all did well.  The Kokken, Cecy's Churros, Street Treats and Eats, Project Graduation, and the Knights of Columbus were among those offering up freshly prepared food Saturday.  One food truck, operated by Jace Delgado, John Fisher and other members of the Moore County Sheriff's Office, had customers all evening for their hamburgers and sausages.  In the end, they donated all their profits back to the DDA, more than $1,000.

The Sip and Shop events are part of an effort by the DDA, the Dumas/Moore County Chamber of Commerce, the Dumas Economic Development Corporation, and others to bring shoppers to the downtown area to encourage business development and to try to restore downtown to its position as a shopping destination for Dumas residents and visitors.  The next downtown event will be Candy Cane Lane around the courthouse on November 21 from 2:00 to 6:00 pm.