Free access for current print subscribers
Get Started
You are the owner of this article.
Edit Article Add New Article
You have permission to edit this article.
Edit
Home
News
Sports
Business
A & E
Opinion
Obituaries
Multimedia
Announcements
e-Edition
Classifieds
1 of 6 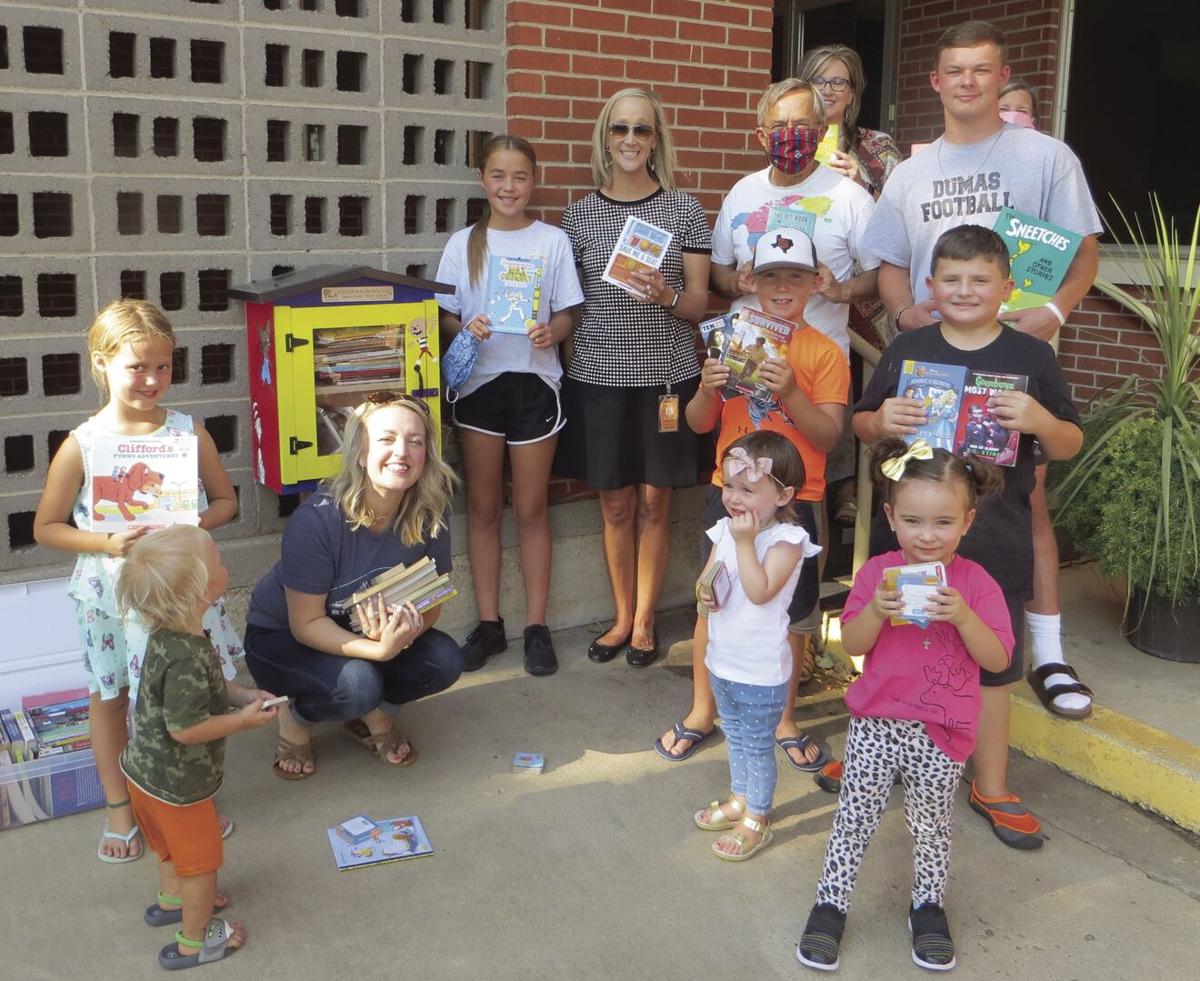 Kinsey Bellar, director of Storybridge Dumas, kneeling, and friends at the First Presbyterian Church in Dumas Wednesday to inaugurate another Little Free Library.  The libraries provide books to children free of charge. 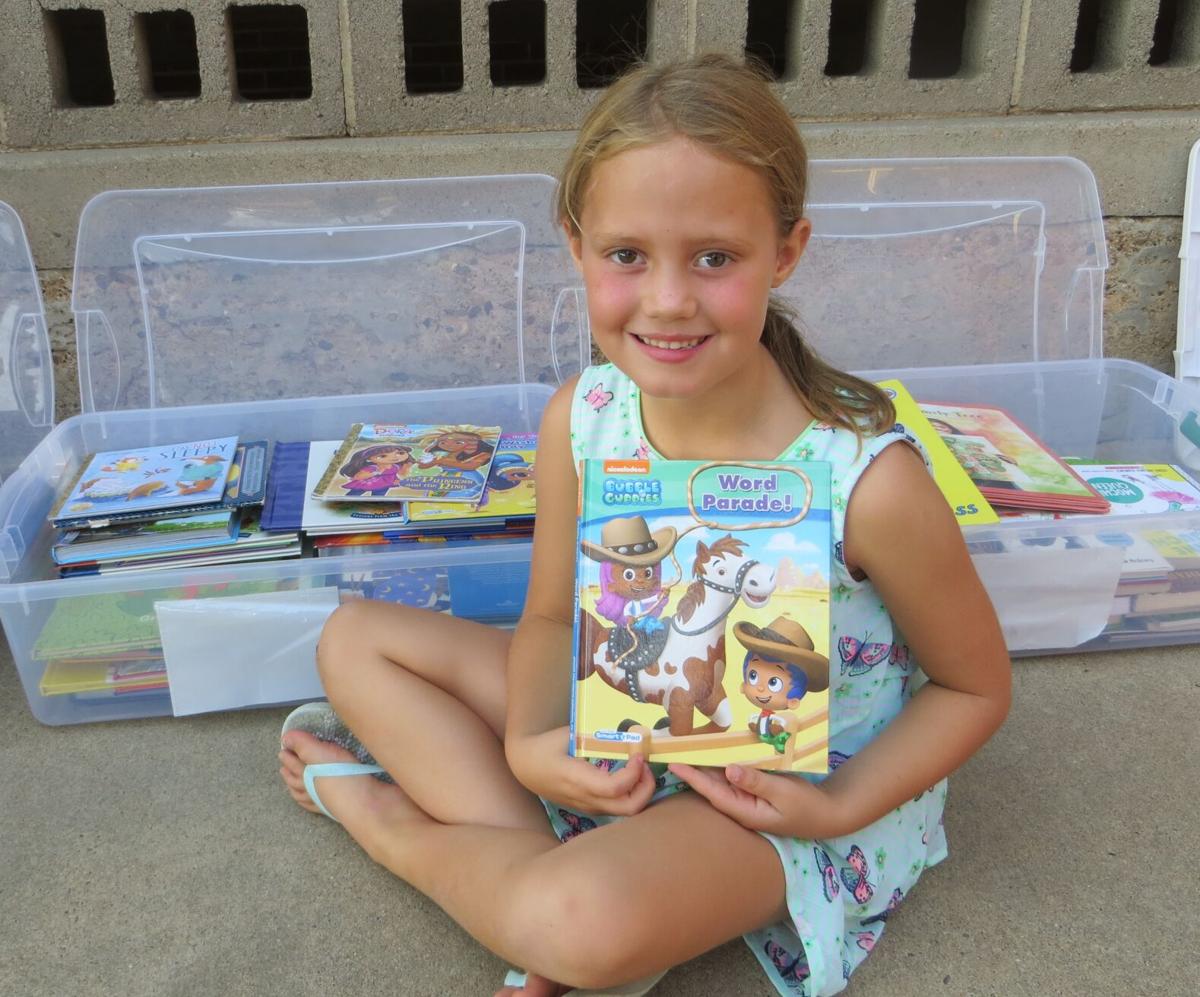 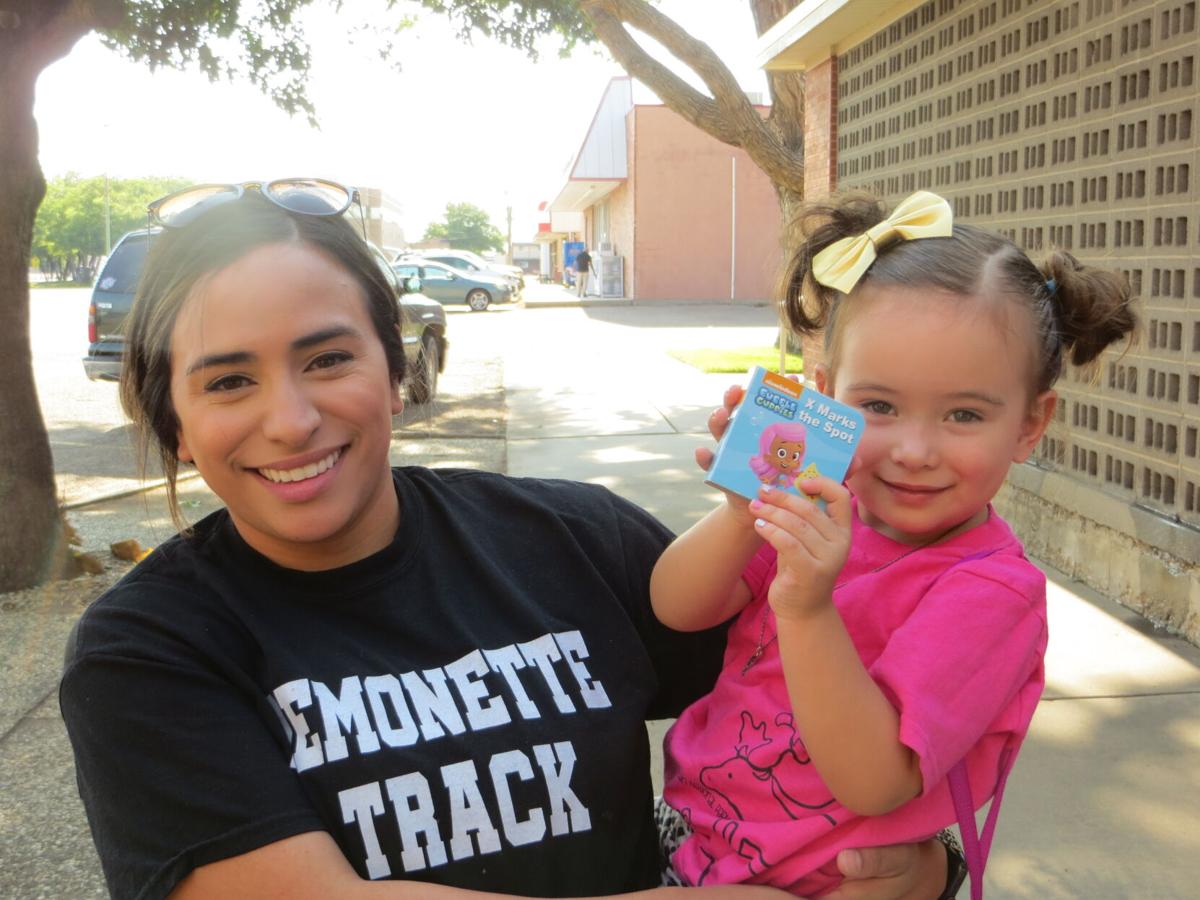 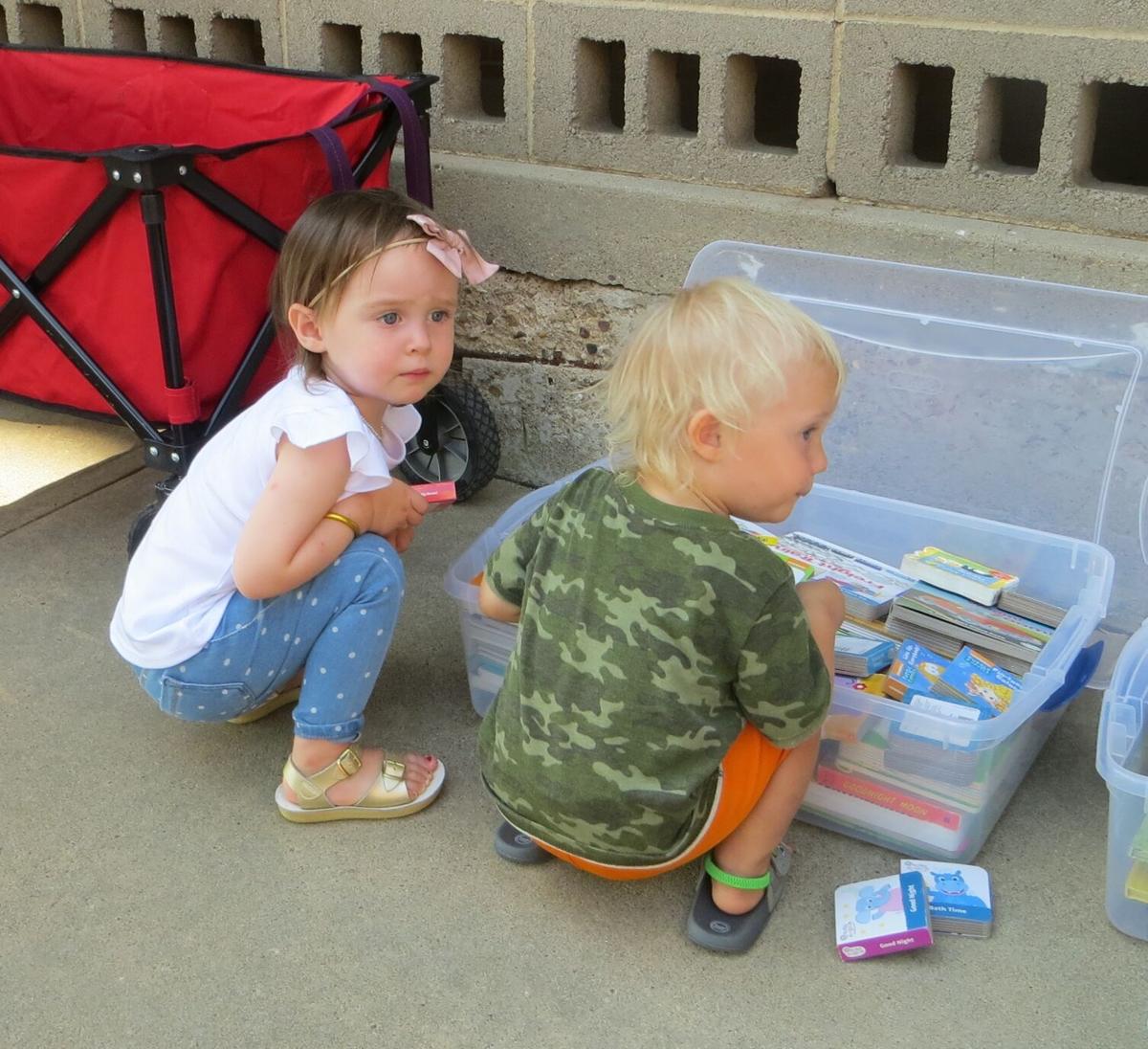 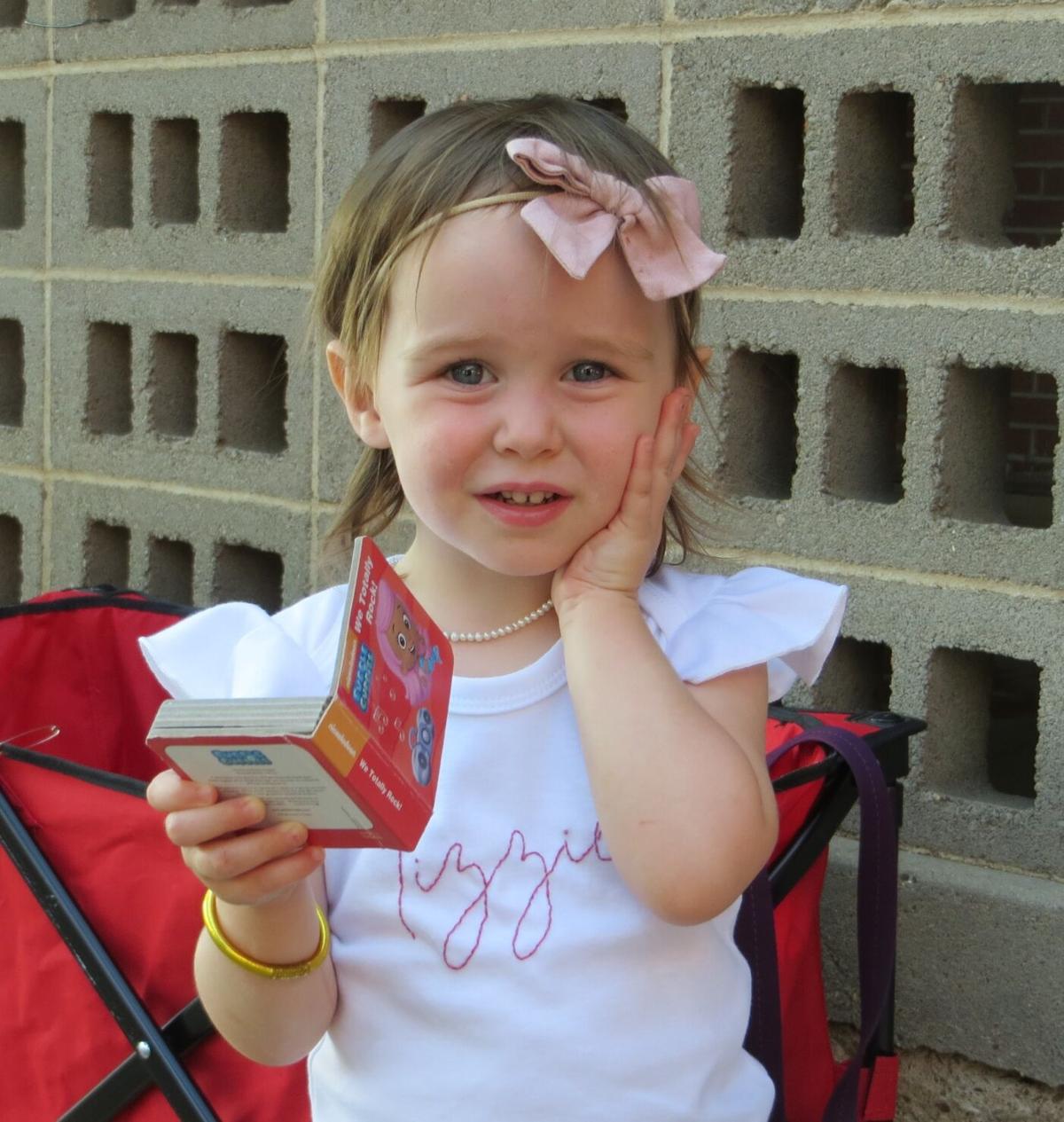 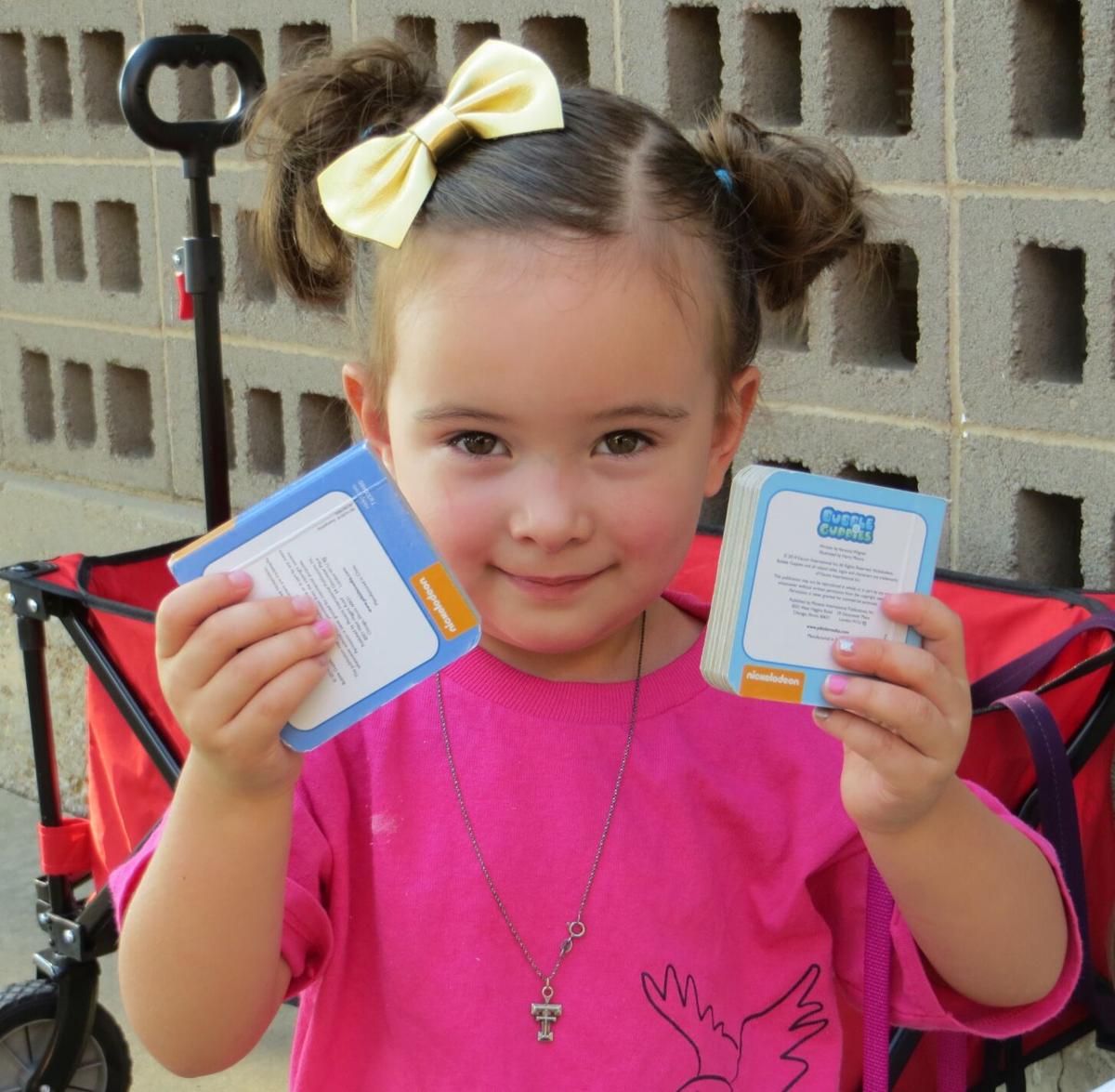 Kinsey Bellar, director of Storybridge Dumas, kneeling, and friends at the First Presbyterian Church in Dumas Wednesday to inaugurate another Little Free Library.  The libraries provide books to children free of charge.

Kinsey Bellar, director of Storybridge Dumas, and some friends were at the First Presbyterian Church Wednesday evening to inaugurate a new Little Free Library for children in Dumas.  The yellow, blue and red wooden box , mounted on the brick wall near the west entrance to the church, is stuffed with childrens' books that the little ones can take and read for free whenever they want.  On Wednesday, Bellar had plastic containers of additional books next to the Little Free Library that children were eagerly going through.

This is now the second Little Free Library that Bellar has been able  to open in Dumas to provide books.  The first, located on the south wall of the First Baptist Church in Dumas, Bellar opened up in December of last year.  She says there are boxes installed at Dumas First Street Church and the Cactus Nazarene Ministries that she hopes she will soon be able to use for books.  She says she has a second box planned for Cactus and one planned for Sunray, but she has no firm date yet for when they will be open.

Bellar has been on a mission to spread literacy by giving books to children since taking over as director of Storybridge Dumas two years ago.  The organization, begun in Amarillo by a teacher, has given thousands of books to children in the Dumas area, mostly at events held in the elementary schools of the Dumas Independent School District.  The Little Free Libraries are a part of that effort.

Like everything else, the COVID crisis has affected Storybridge.  Bellar says that for a while the Little Free Libraries will be the main way she gets children's' books out into the community.  "As of right now, we are not going to have any events until we see how school is going to wind up with COVID and everything," she said Wednesday.  "We are kind of putting a pause on our big events at the schools … this (the Little Free Libraries) is kind of where we are focusing since these are in the community."

Bellar says she is hoping that by spring she will be able to return to regular operations.  In the meantime, she is brainstorming, "trying to figure out the best, safest way to get our books out."

Finally, Bellar says Storybridge is still accepting donations of children's' books.  She asks people who want to donate books to message her at Storybridge Facebook and she will pick them up.

The First Presbyterian Church is located at 700 East 1st Street in Dumas.