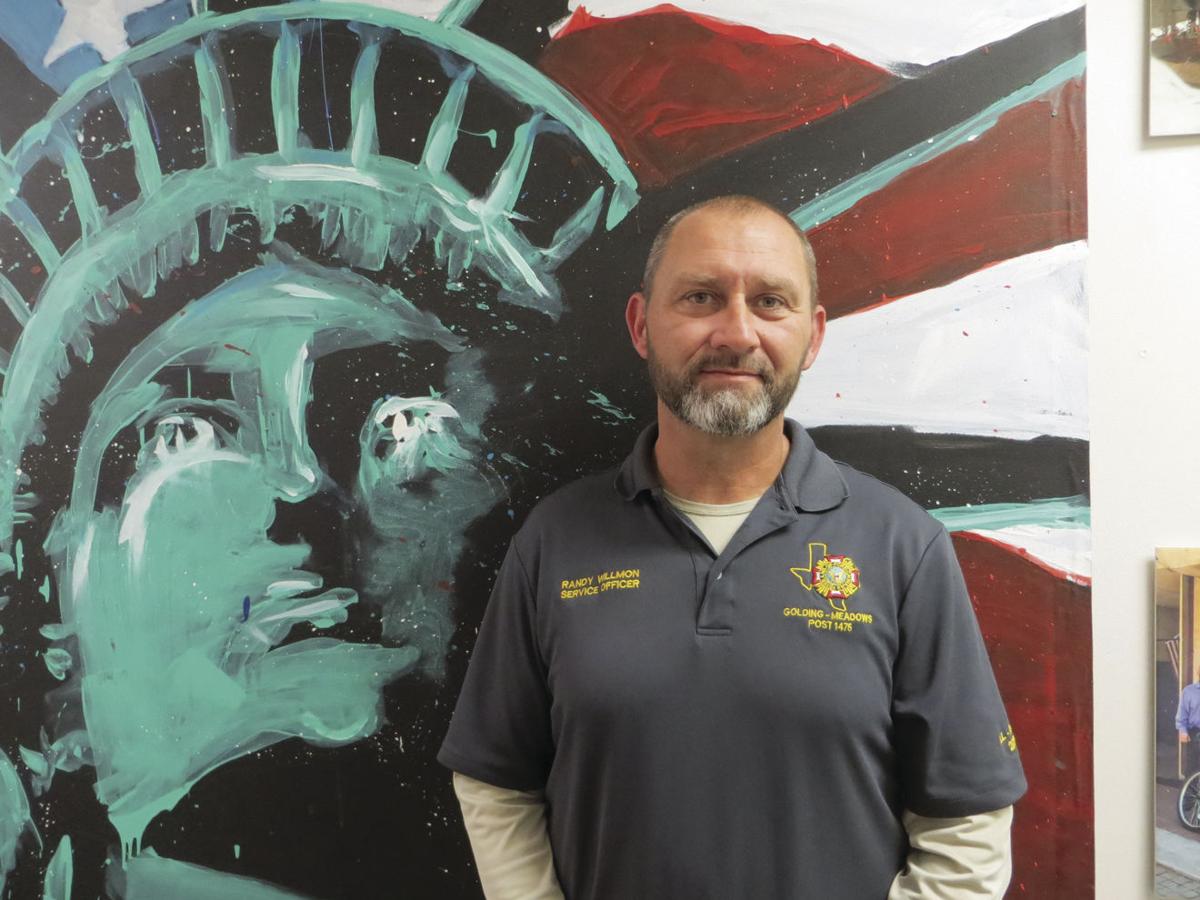 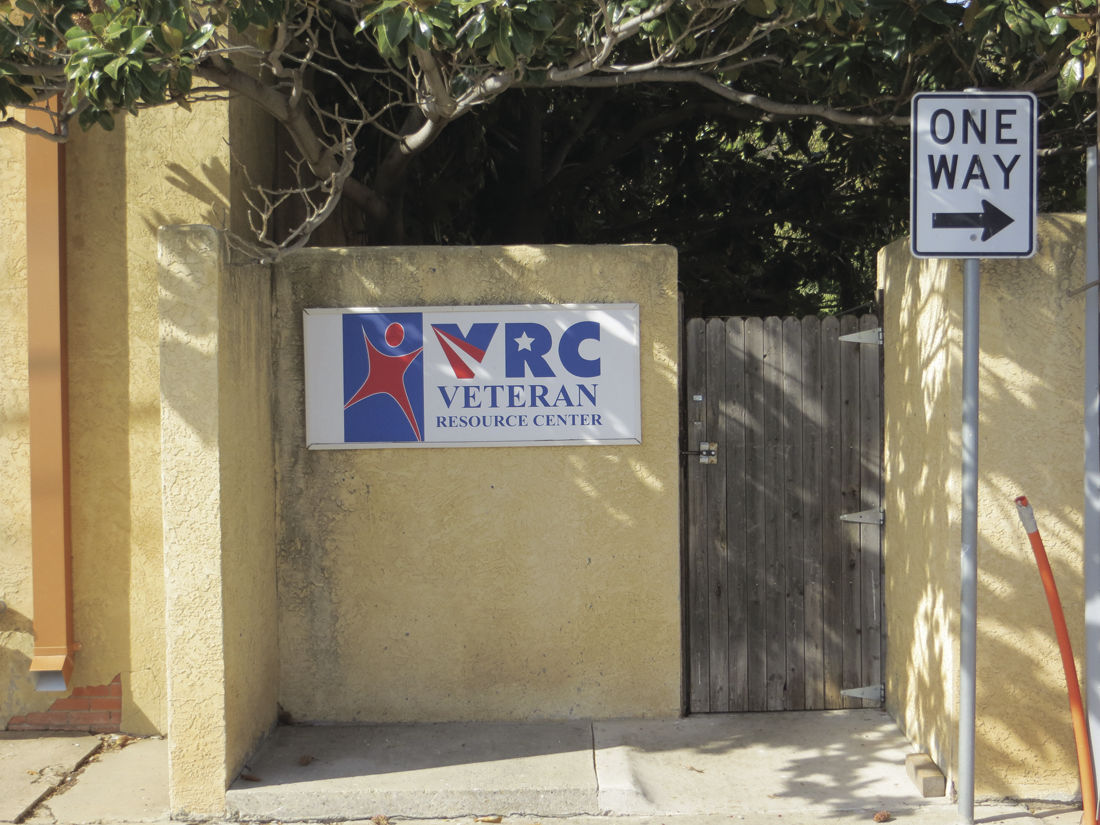 The entrance of the Veterans Resource Center in the Family Support Services building in Amarillo.  The building is located at 1001 South Polk Street.  The entrance is in the rear.

The entrance of the Veterans Resource Center in the Family Support Services building in Amarillo.  The building is located at 1001 South Polk Street.  The entrance is in the rear.

"We have an incredible wealth of knowledge about military life.  We were all senior non-commissioned officers while we were in, and we have had to deal with a lot of issues," said Randy Willmon, retired U.S. Army Sergeant First Class.  Willmon is one of three "veteran navigators" working to assist fellow veterans  at the Veterans Resource Center (VRC) in Amarillo.  The VRC is a part of Family Support Services, the agency that runs Amarillo's domestic violence shelter and provides Amarillo and Panhandle residents with a wide variety of social services.  "We kind of bring that same kind of taking care of soldiers, sailors, marines, and airmen that we had while we were in service and bring that into what we do every day here.  We are incredibly driven to help wherever and whenever we can."

The Veterans Resource Center covers the top 26 counties of the Texas Panhandle.  "We have probably about 100 veterans we serve in Moore County," said Willmon.  "We are a drop-in facility.  You do not need an appointment.  We are open from 8 am to 8 pm except Friday, when we are open 8 am to 4 pm.  We are closed on weekends."  The VRC is located at 1001 South Polk Street in Amarillo (the corner of 10th and Polk Street).  The telephone number is 806-342-2500.

When Willmon retired from the Army in 2015 after 20 years and tours in Iraq, Afghanistan, and elsewhere, his ambition was not to spend his life helping veterans.  But his own difficulty adjusting to civilian life led him to the VRC and a discussion with Verleen Dixon, the retired U. S. Army Command Sergeant Major, who is the VRC's director.  "She set me down and said, 'You are not going crazy, but you are going to have to change.  You are going to have to learn to be a civilian again.' "  Willmon took the advice to heart and eventually found his next life mission: he returned to the VRC as a veteran navigator.

The veterans who work at the VRC are not called counselors or therapists, and it is for a reason, says Willmon.  "We are peer support for our clients.  That is why Verleen just wants veterans working at the VRC."  (The third navigator, Jimmy Loyd, is a former U. S. Navy Chief Petty Officer who retired after 26 years in the Navy.)  "We receive extensive training to teach us how to provide proper peer support.  We are not clinical, it is 'Hey, I'm a fellow vet.  I hear where you are coming from.'   We will listen to you.  There is no judgement here.  We will talk to someone for two hours or however long is necessary."

The first time a veteran goes to the VRC there is a brief intake process.  "We like to sit down with them and assess their needs.  We do require that you bring a copy of your DD 214, Veterans Administration (VA) ID card, or drivers license that has "veteran" on it.  If you do not have that, it is not a problem.  We can order a DD 214, and we have a way of  verifying whether you are a veteran or not tentatively so that we can start rendering services to you."  The VRC provides services to family members and surviving spouses, as well.

Veteran navigators work with any veteran, regardless of what type of discharge he or she received.  About a third of veterans receiving assistance from the VRC have discharges that are less than honorable, something that didn't sit well with Willmon at first.  "I kind of had that attitude:  'you didn't serve honorably; you are nothing to me.' "  But he began to see that the issue was more complicated when he had to deal with the case of a Vietnam combat veteran who had received a bad conduct discharge.  "I got his DD 214.  He had a Bronze Star with V (valor) device and a purple heart.  It didn't sit well with me.  How do you go from hero to zero in less than a year?"  It turned out that the soldier had been dealing with post traumatic stress after the incident that won him the medals.  "He was trying to reach out and was told, 'suck it up and drive on.'  His first sergeant issued a racial slur, and he punched his first sergeant."  After thoroughly investigating the case, Willmon was able to get the man's veterans benefits restored, and he has applied to have his discharge upgraded.  "At seventy-five he has gone back to school, and he is working as a truck driver."

Grandparents and uncle charged in killing of Montana boy

IA: BOARD DENIES CHANGES TO MEDICAL MARIJUANA USE

The VRC is a comfortable facility with books, televisions, computers, a pool table, snacks, personal hygiene items, and other amenities.  There is a memorial just inside the front door to former clients who have passed away.  On the walls are flags and other decorations reflecting the military nature of the clients the facility serves.  Veterans can receive advice applying for VA benefits and making disability claims.  They can receive help applying for jobs or dealing with homelessness.  Equine therapy, individual, family, and marital counseling are all available, as is life skills training.  Peer support groups meet every Thursday night.    If a veteran has a problem or a need of almost any kind, from education benefits to electric bills, he or she can find some assistance at the VRC, according to Willmon.

And, if the VRC can't come up with an answer, "we know people at other agencies.  We can get you to the people who can smooth that pathway."  The VRC veteran navigators have extensive contacts in the VA.  "We know the people at the VA, and knowing the right people … 95% of the time we can get the matter resolved in a manner you would accept."

An elderly veteran in Pampa dealing with complicated medical issues ended up with his electricity cut off and a $10,000 electric bill.  Willmon and his colleagues were abel to work with a number of agencies in the Panhandle and negotiate a solution with Excel that got the man back on the grid.

Transportation is always an issue in the Texas Panhandle.  The VRC does have a van and will provide transportation for veterans in "extreme need."  "If services are available, we don't want where you live to prevent you from getting them."  (But), "there is greater need than there are resources to fill it."

Willmon is impressed with the level of support for veterans in the Panhandle.  "I am very proud of the Texas Panhandle area, because it takes care of its veterans better than I dare say any place that I have heard of in the country.  We have people who come in from all over the country.  Once they see what is available here in the Texas Panhandle for veterans, they want to stay."