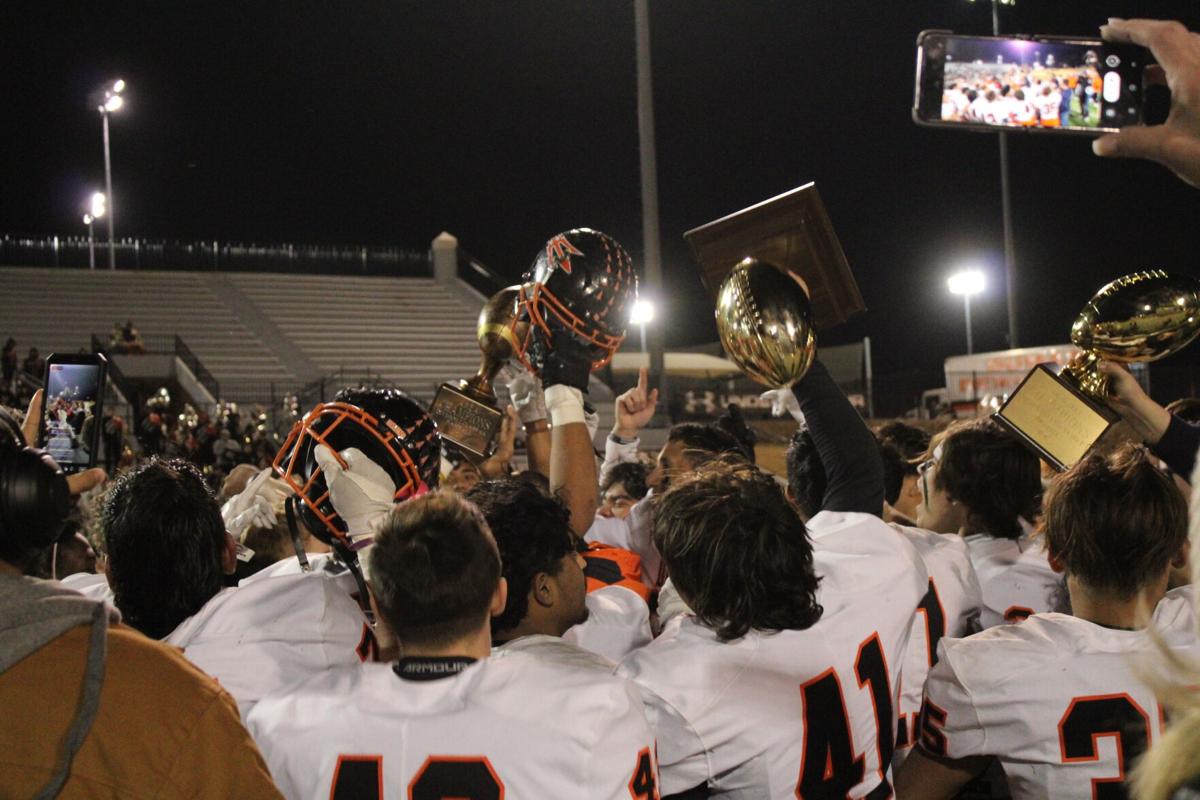 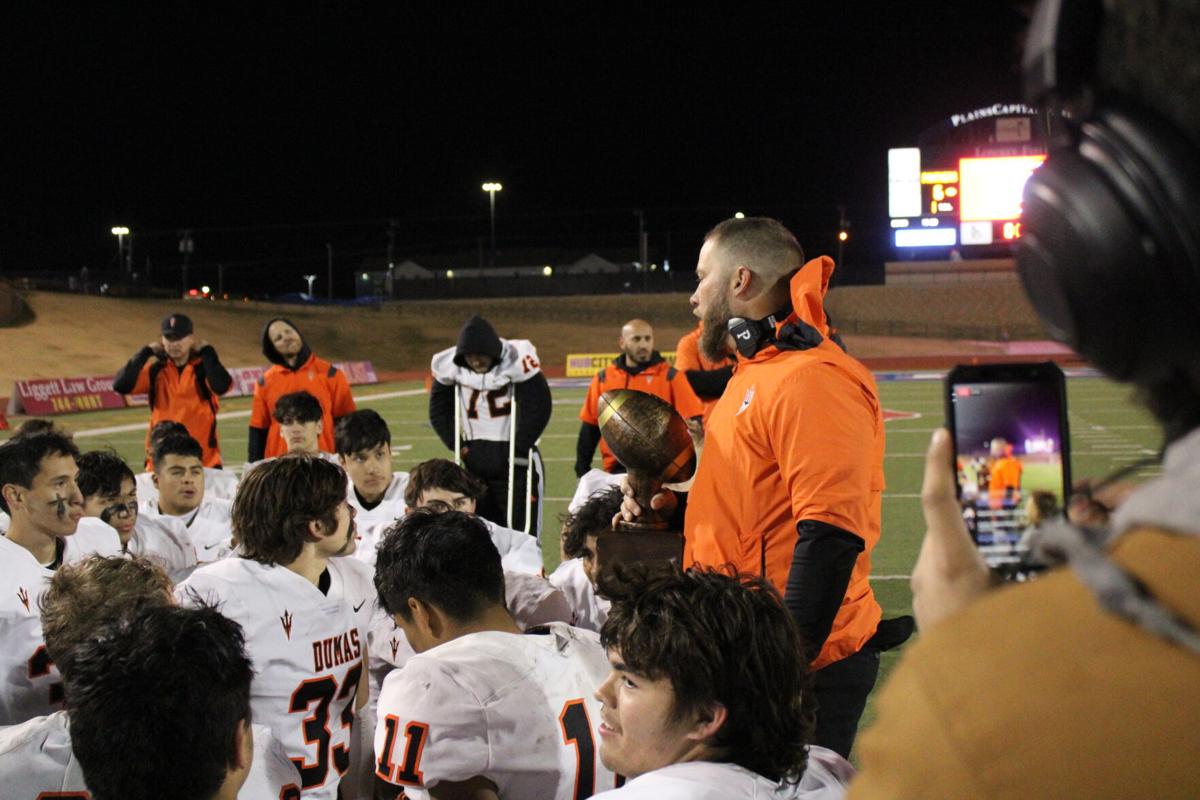 LUBBOCK — The Dumas Demon varsity football team advanced to the Regional round with its dominating victory over the Fort Stockton Panthers, 31-6, Friday, Nov. 29.

The Panthers started with a four minute drive which resulted in a Dominic Aguilar two-yard run for a score. A missed extra point by the Panthers held the score at 6-0.

After the opening drive both teams traded turnovers. The Panthers recovered a Demon fumble on Dumas’ opening drive. Dumas returned the favor on the very next play with an Oliver Ortiz interception.

The Demons took over at their own 20 yard line and drove the ball to the Panther six yard line, converting a fourth and two on the drive. Victor Morales kicked a 23-yard field goal to bring the Demons within three with a score of 6-3 with four minutes left in the first quarter. Neither team scored again before the quarter ended.

The Demons had possession of the ball to start the second quarter and capped off the drive with a Brayden Boggs-Rushing touchdown run from three yards out. James Bednorz ran in for a successful two-point conversion to give the Demons an 11-6 lead.

Both defenses played stingy throughout the second quarter each forcing punts on the next three drives, the Demons forcing two of those punts.

With 3:42 left in the second quarter the Demons took over at the Panther 49-yard line. Bednorz saw a lot of action carrying the ball five times on the drive as Dumas methodically moved the ball down the field. With 40 seconds left in the quarter the Demons extended its lead with a nine yard touchdown pass from Boggs-Rushing to Bednorz. A failed two-point attempt held the score at 17-6 going into halftime.

Division dreams? While Packers’ goals include much more, another NFC North crown could be theirs next week

Coming out of the half, neither offense could get anything going as the defenses forced stops. The Demons scored quickly on their second drive of the third quarter to extend their lead with Boggs-Rushing ran in for a score from 52-yards out. Morales kicked the extra point to give the Demons a 24-6 lead with 6:32 left in the third quarter.

On the ensuing drive, Hunter Coaly picked off Aguilar at the Demon 43-yard line. Unfortunately, the Demons could not capitalize on the turnover as they were forced to punt the ball.

Dumas started the fourth quarter with possession of the ball which the capped off with a Zyrell Murga touchdown catch from Boggs-Rushing from four yards out. Morales kicked the extra point to give Dumas a 31-6 lead, which resulted in the final score.

The Demon defense had a big day. Dominic Aguilar of the Panthers entered the game averaging 150 rushing yards a game. The Demons held him to only 38 yards on 17 attempts. Dumas allowed only 157 total yards. While the offense had 334 total yards, with 275 of those yards coming from the ground. The Demons out rushed Fort Stockton by 200 yards.

Boggs-Rushing ended the night going 8-of-16 for 59 yards and two scores through the air, and rushing for 92 yards on 11 attempts for another two scores on the ground.

James Bednorz ran for 99-yards on 18 attempts, and Zyrell Murga ran for 71 yards on seven attempts.

The Demons will take on Wichita Falls Hirschi Friday, Nov. 26 in Plainview at 3 p.m.