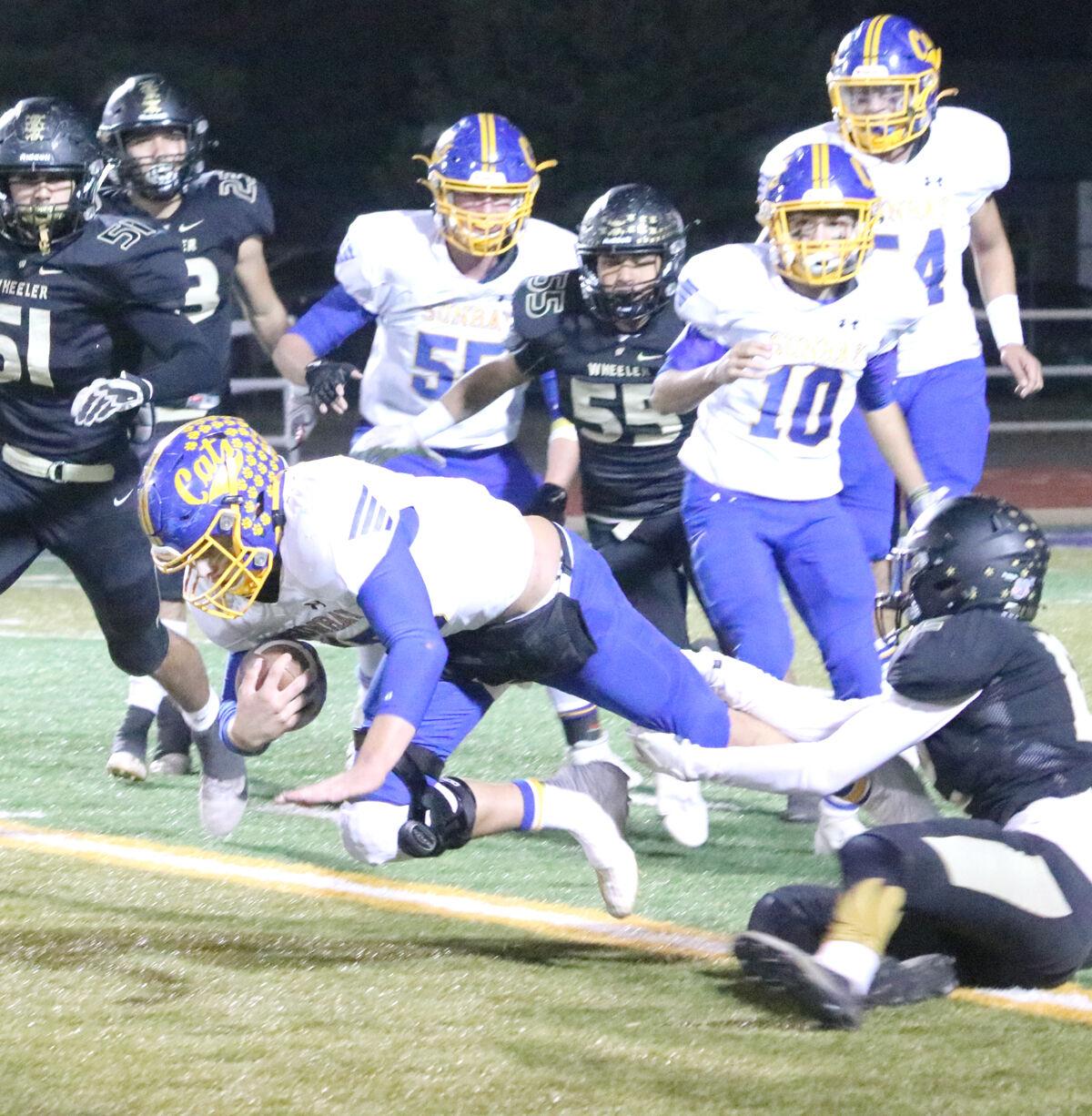 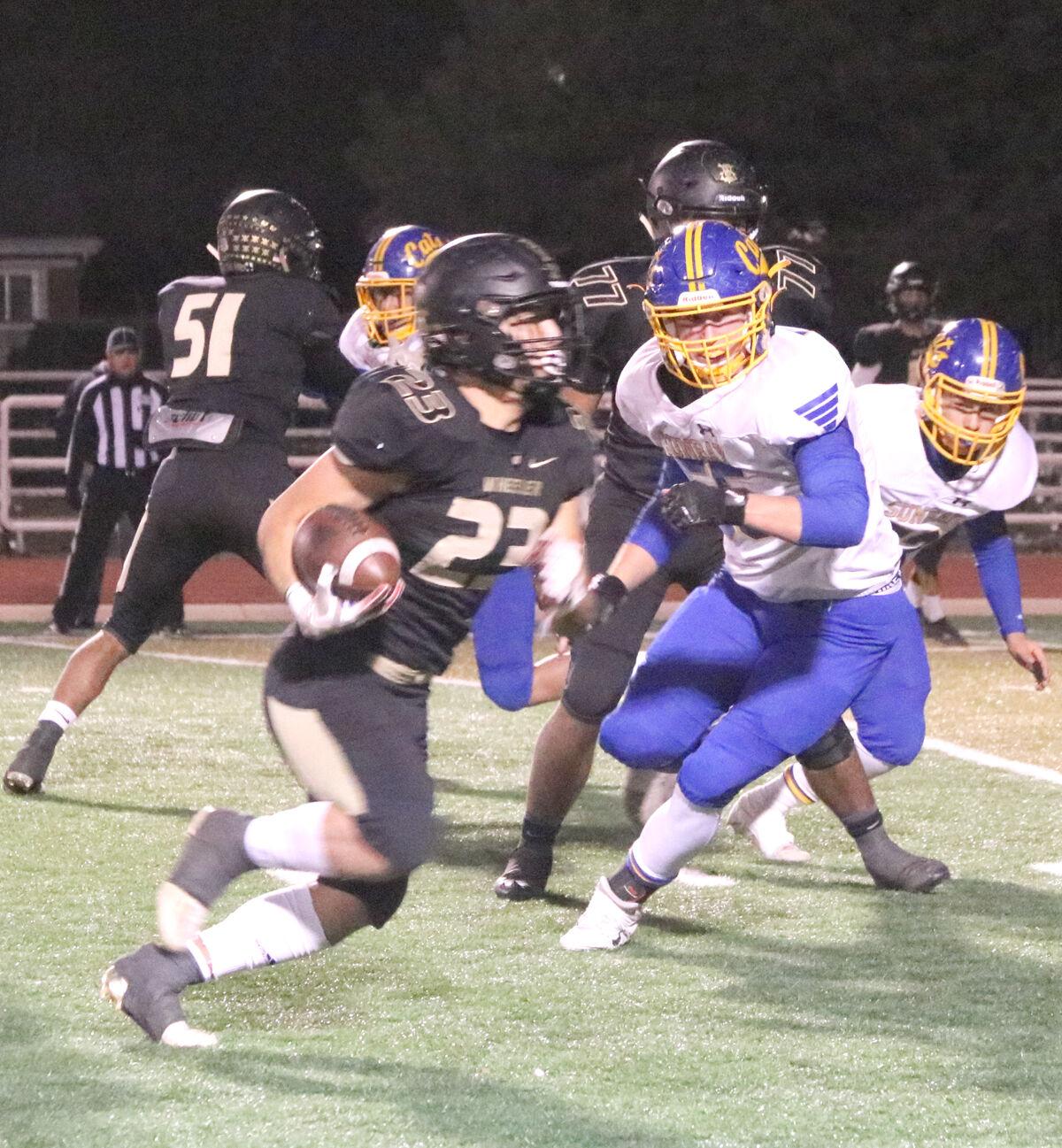 Morgan Overstreet sets his sight on a Wheeler runner to make a stop. 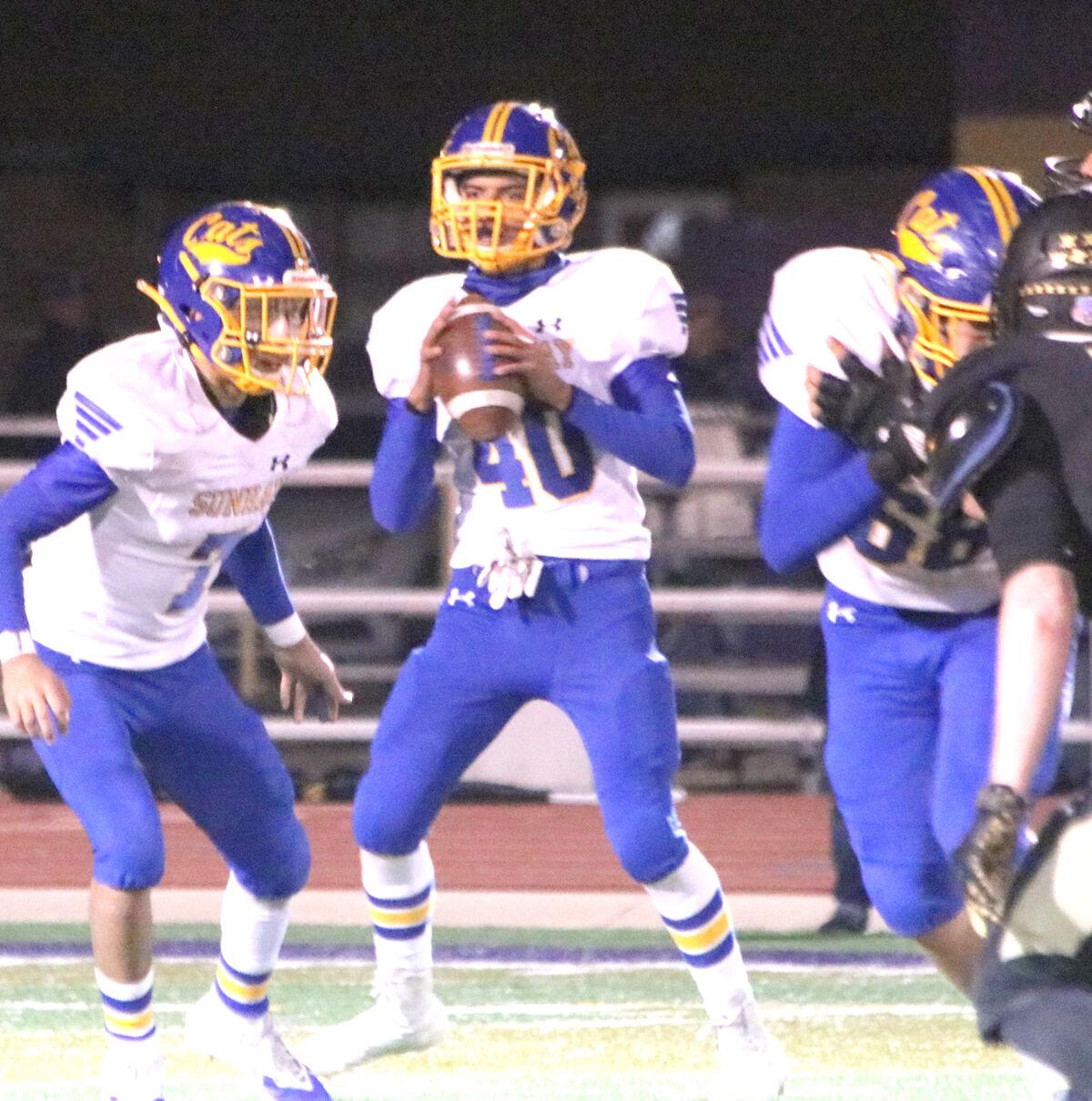 Sergio Alcantar drops back to pass in the game with the Wheeler Mustangs on Thursday night, Nov. 12. Sunray lost to Wheeler 45-7.

Morgan Overstreet sets his sight on a Wheeler runner to make a stop.

Sergio Alcantar drops back to pass in the game with the Wheeler Mustangs on Thursday night, Nov. 12. Sunray lost to Wheeler 45-7.

In the first meeting between these two teams, the Bobcats started quick and scored early in the first quarter. The team managed to get two more in the first quarter from an intentional grounding call against Wheeler in the endzone. The Bobcats were up 9-0 to start that game. It was a different ball game this time around, and there was more on the line – a chance at the bi-district title and advancing to the next round of the playoffs.

It unfortunately did not go in a good direction for Sunray during the rest of the game. The 10-point difference in the first meeting was something the Bobcats were looking to overcome. The Bobcats trailed 13-0 late in the first in this contest on Friday, when Tate DeBord found Wyatt McGaughy for a 17-yard score. Nathan Jones kicked the extra point and Sunray was right in the game, 13-7.

After that, Sunray couldn't do much more. They failed to score and were not able to stop the run, although they were able to slow Wheeler down a bit in the second half, as they went from 313 yards in the first half to 170 yards in the second half on the ground. In total, Wheeler picked up 534 yards total offense to Sunray's 149.

Tate DeBord suffered an injury in the game and had to come out. Reportedly, there were some other injuries during the game.

It's a difficult task to come back from a deficit when things seem to spiral out of control. It was a tough fought game, but Sunray, unfortunately, came up on the short end, falling to Wheeler 45-7.

The loss ended Sunray's football season, but coming from a 1-9 season a year ago to finishing 6-6 this season, including making it to the first round of the playoffs, the team appears to be heading in the right direction.

Carlos Castellanos had 17 carries for 58 yards. They only had 102 yards on the ground and 47 through the air.