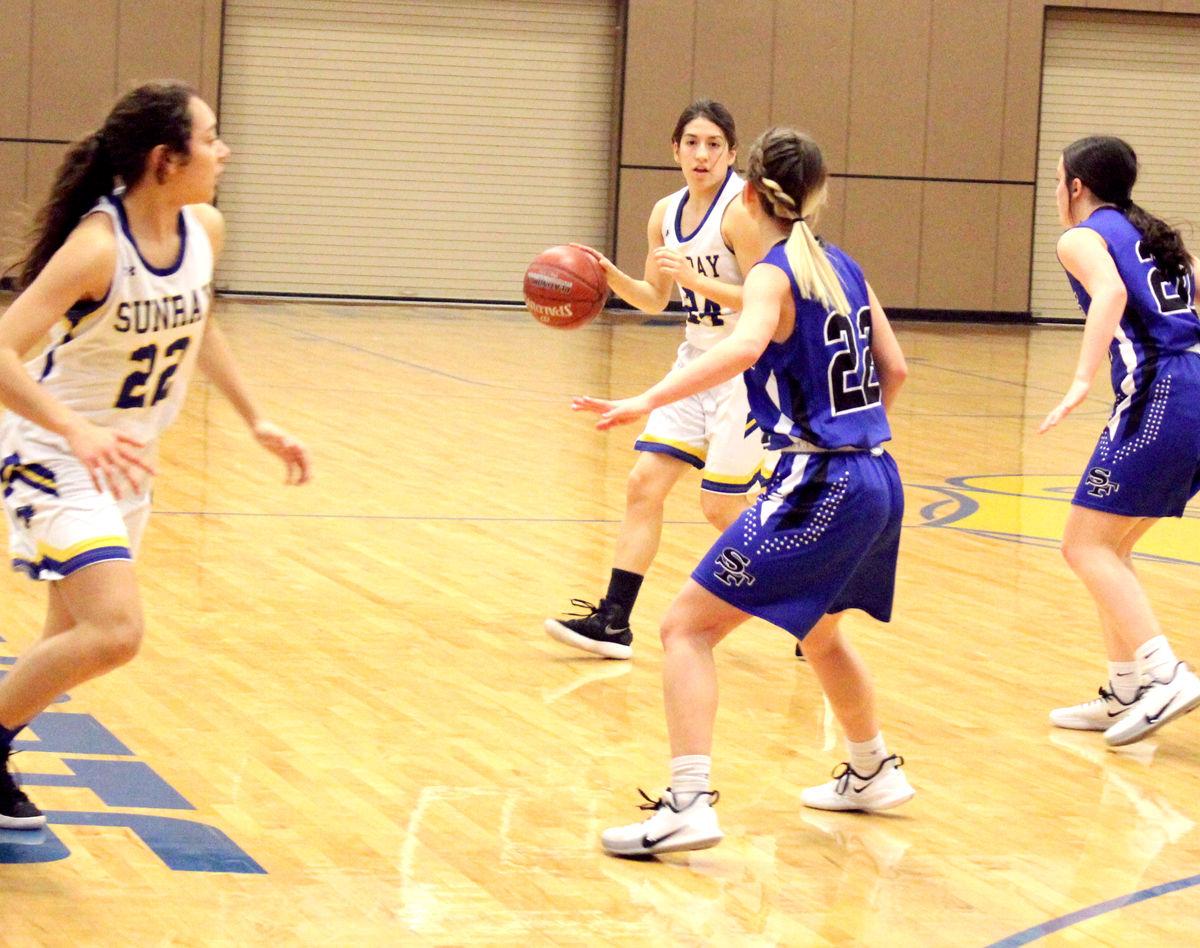 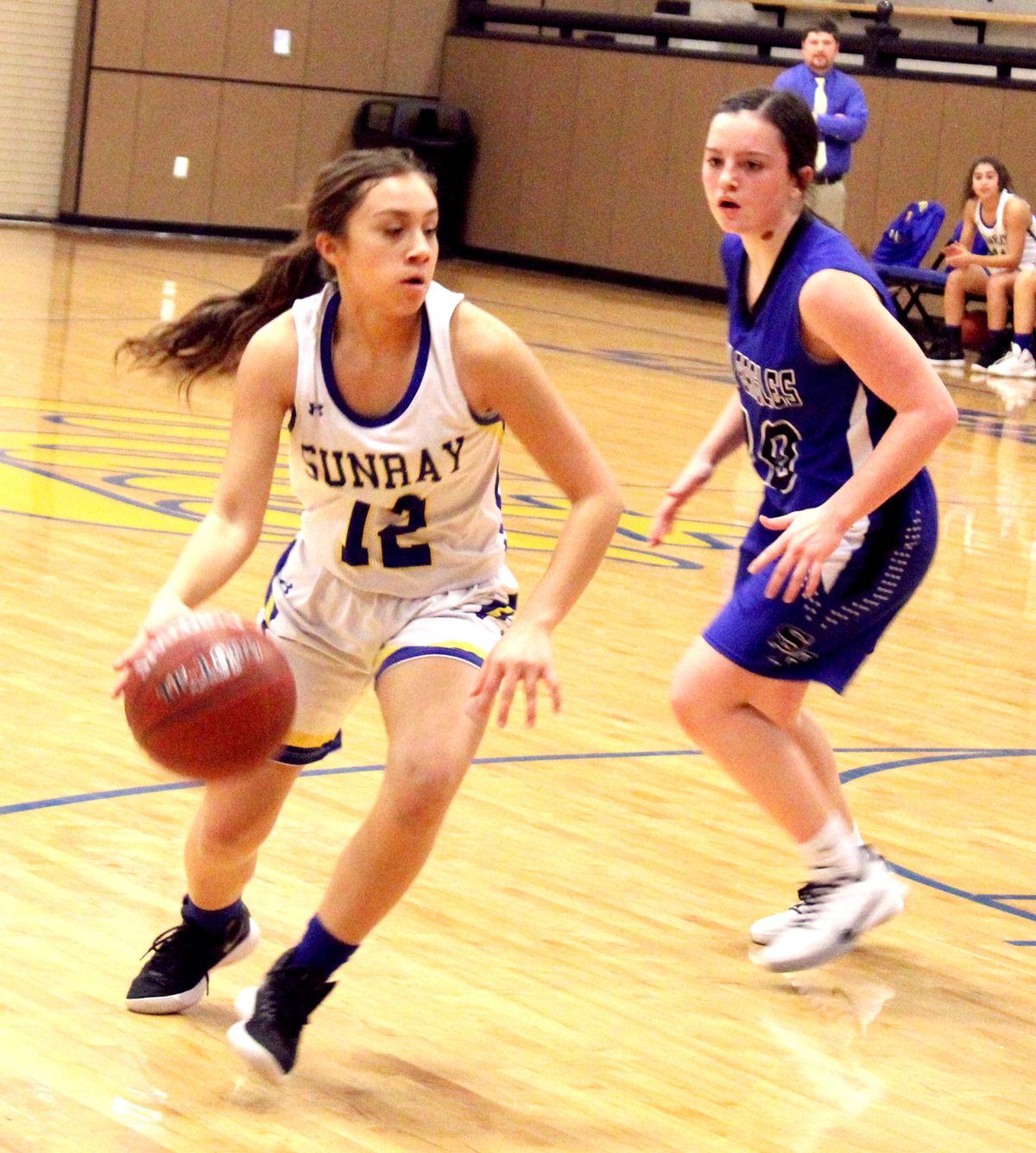 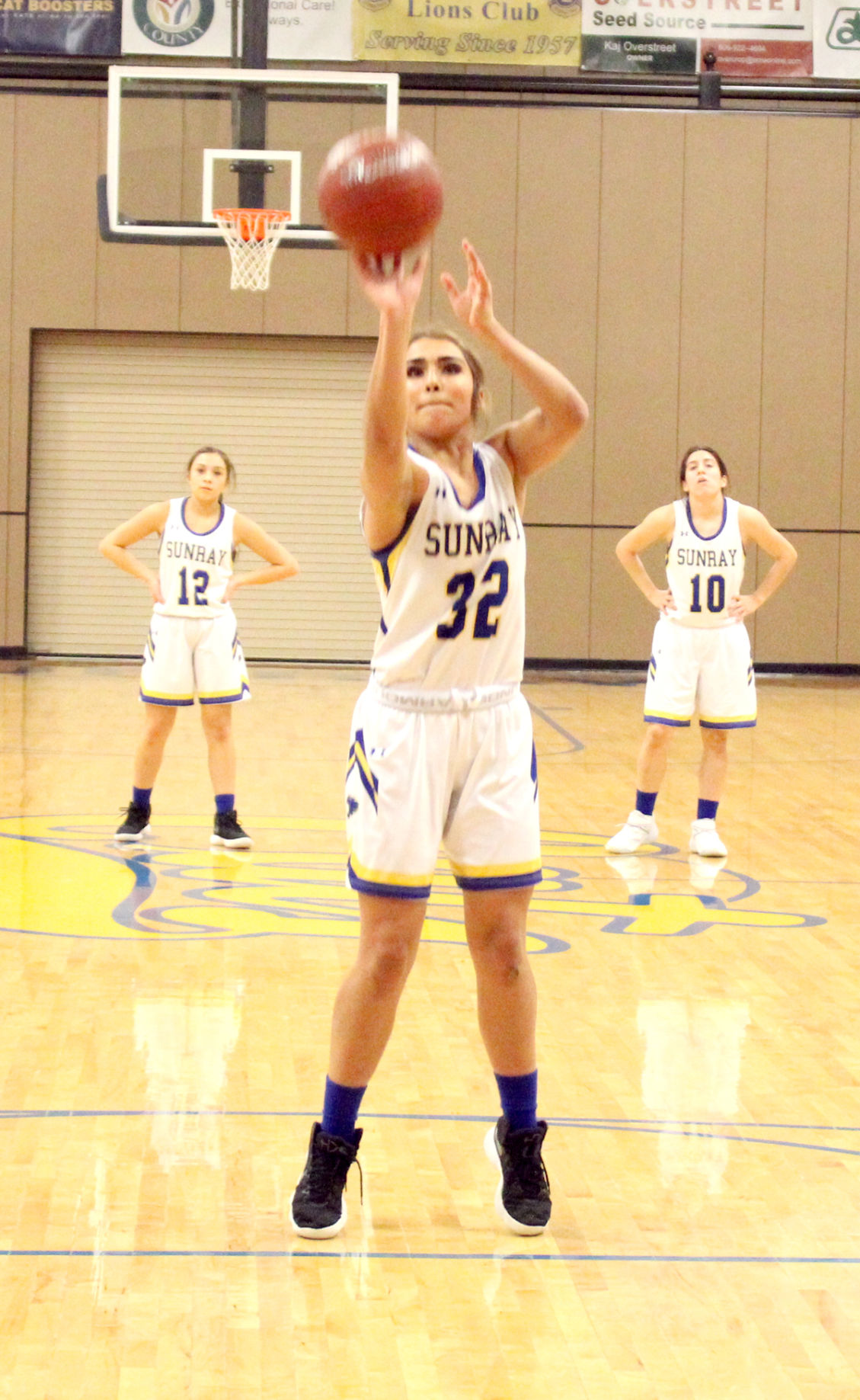 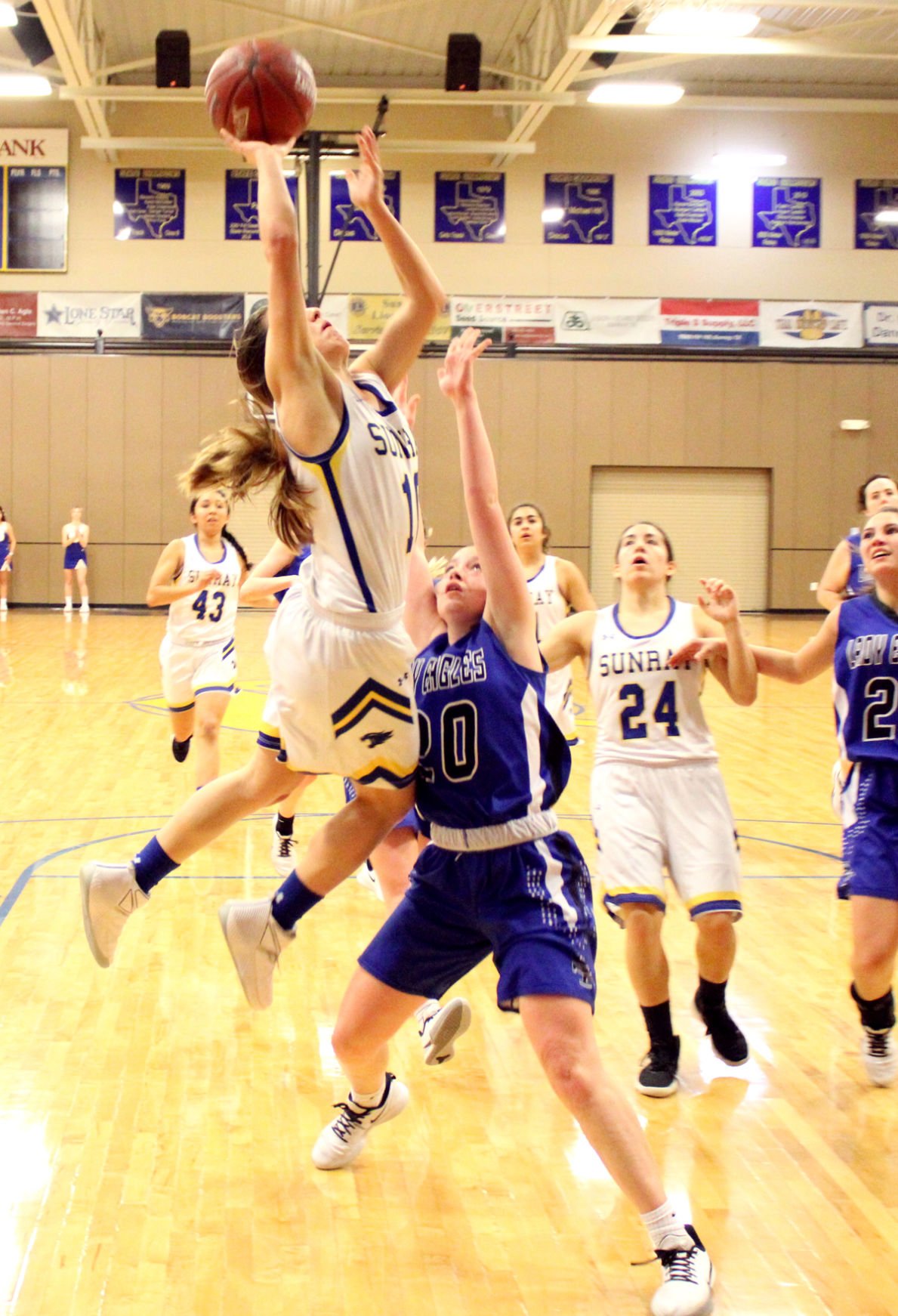 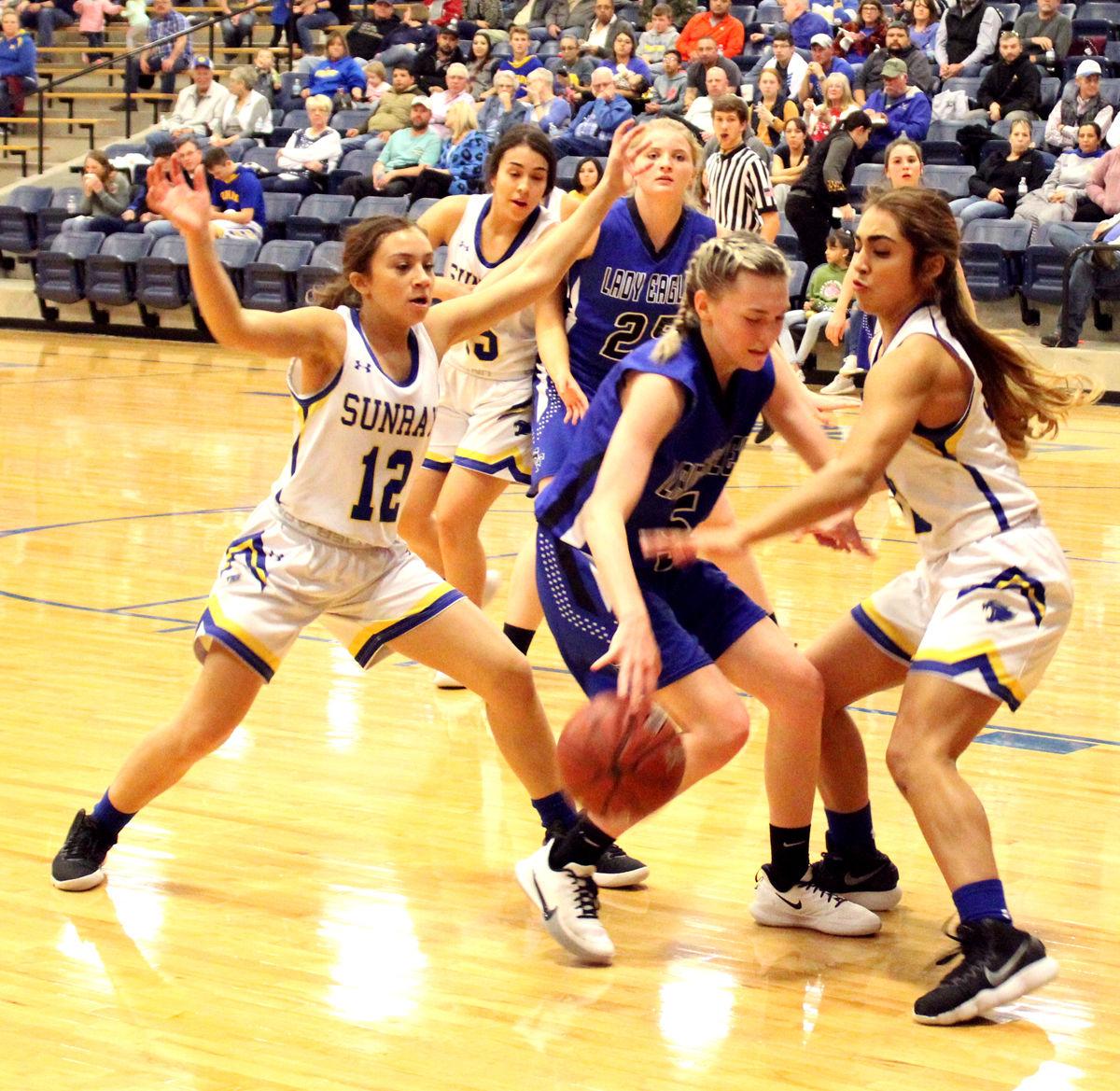 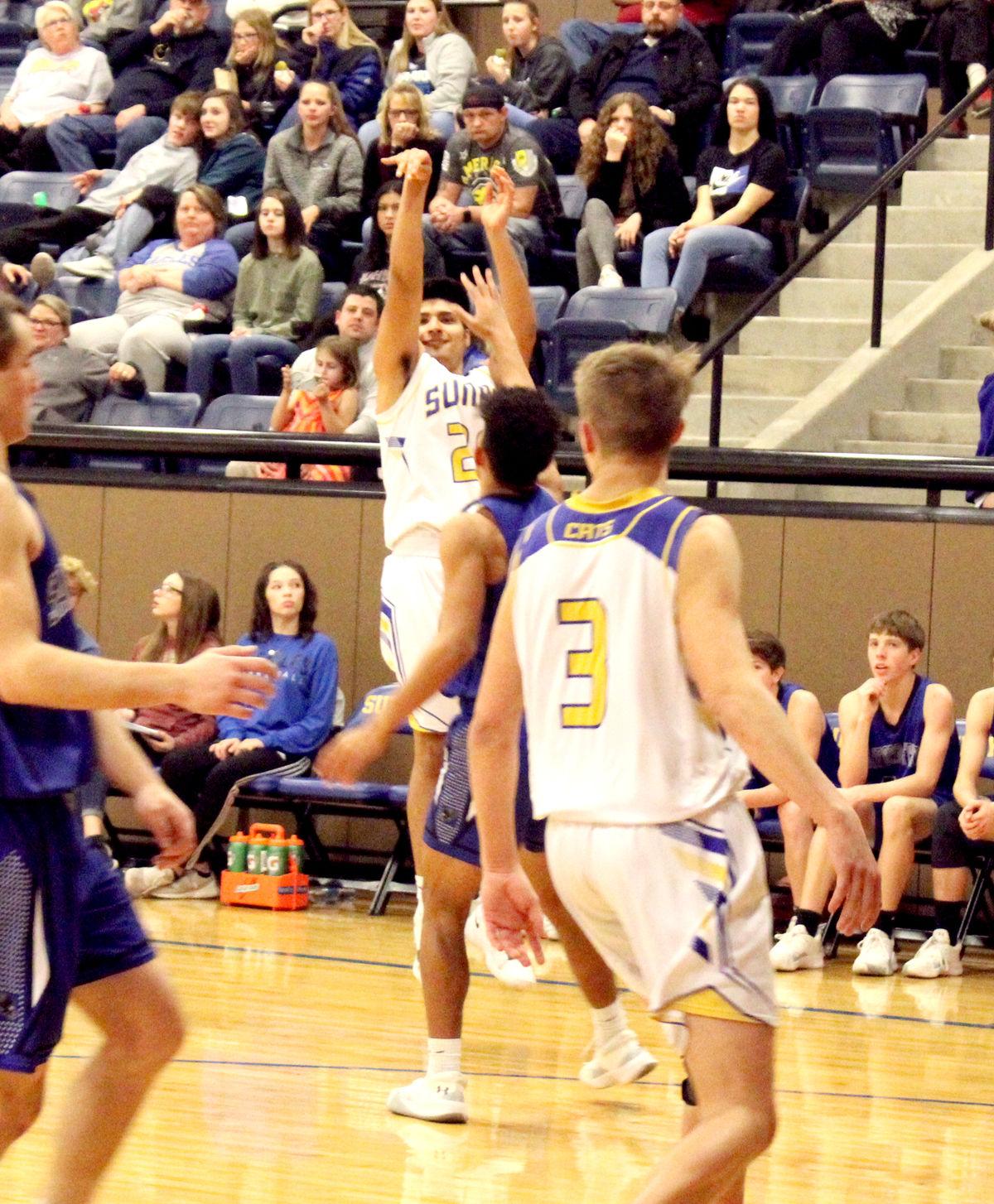 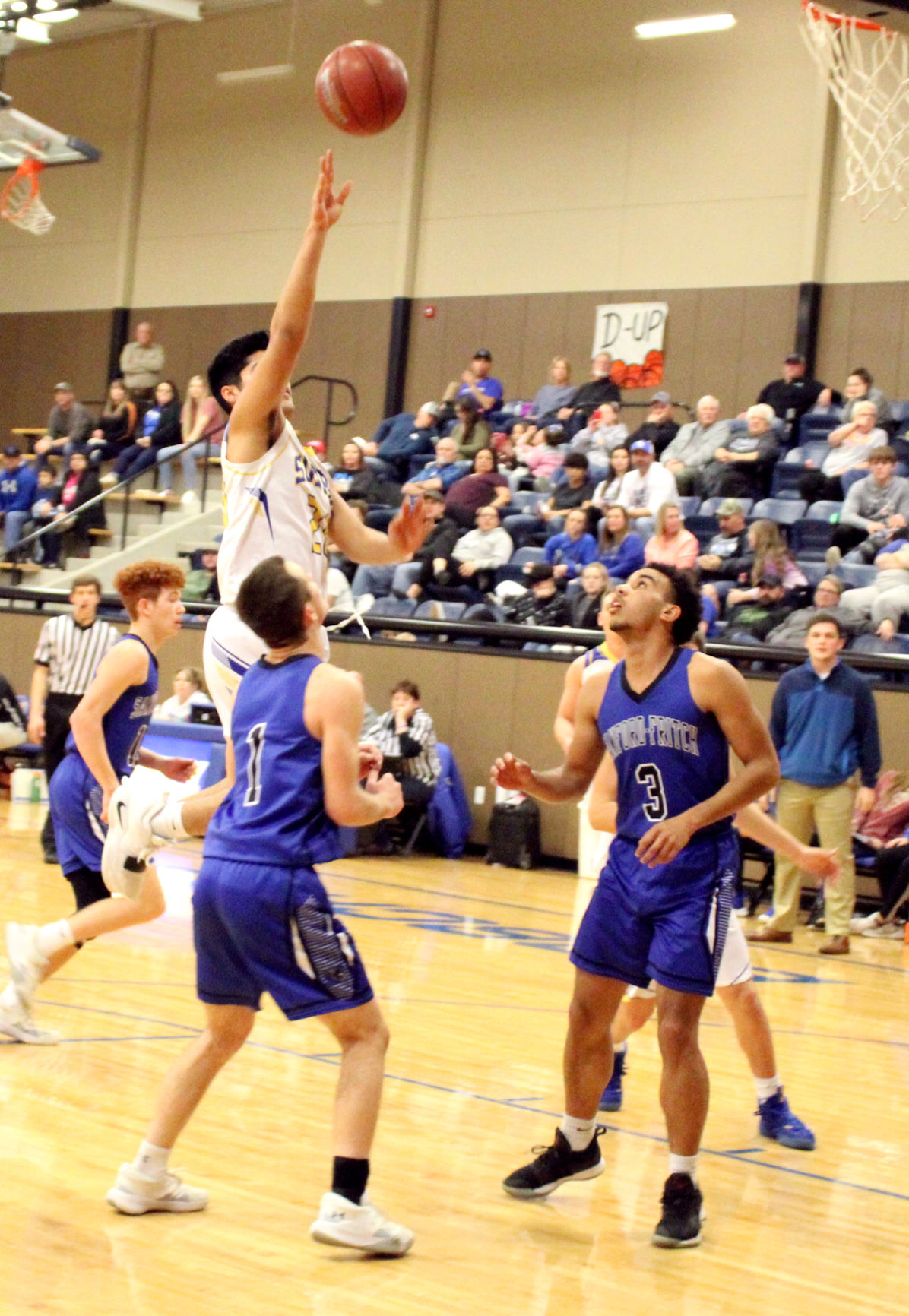 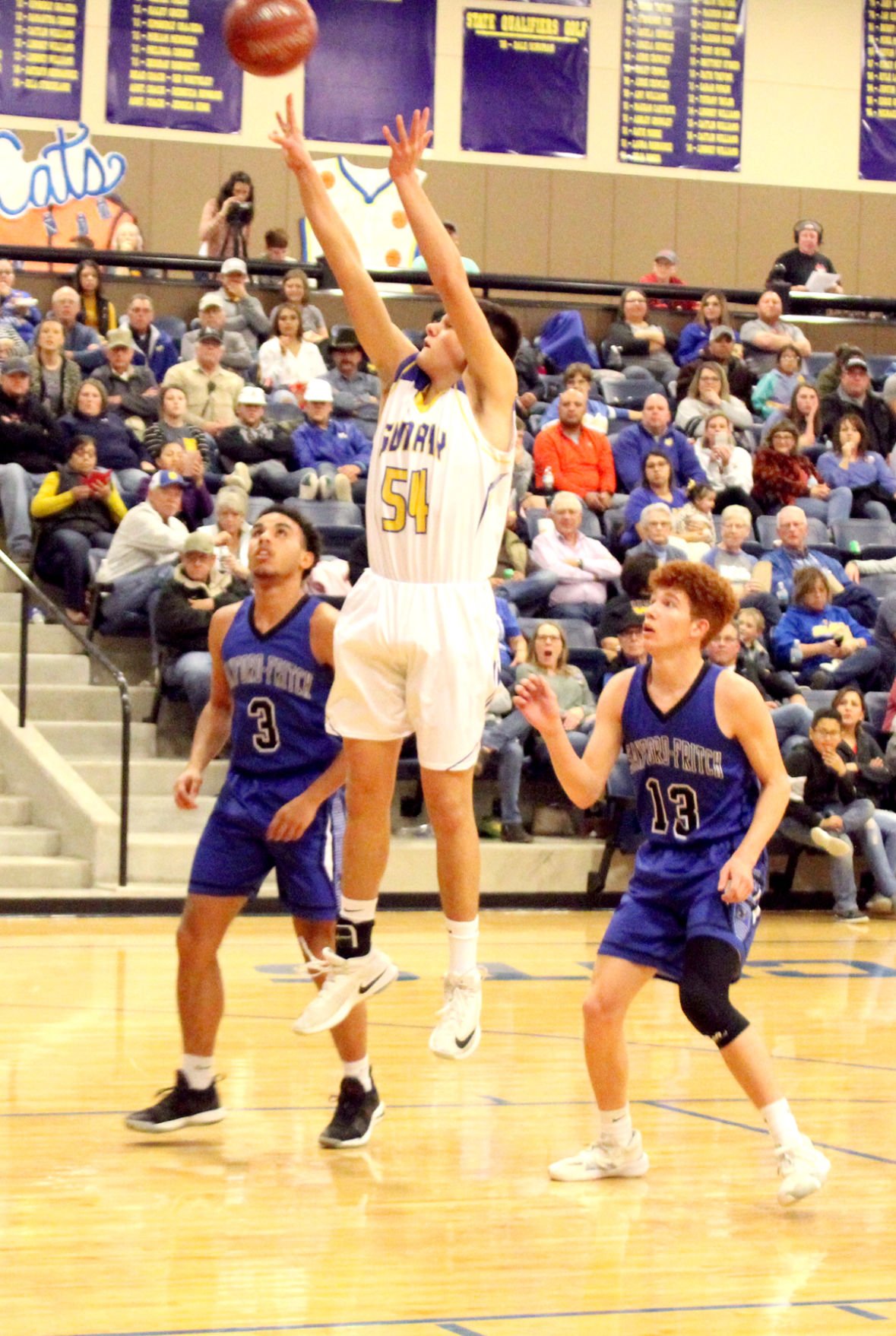 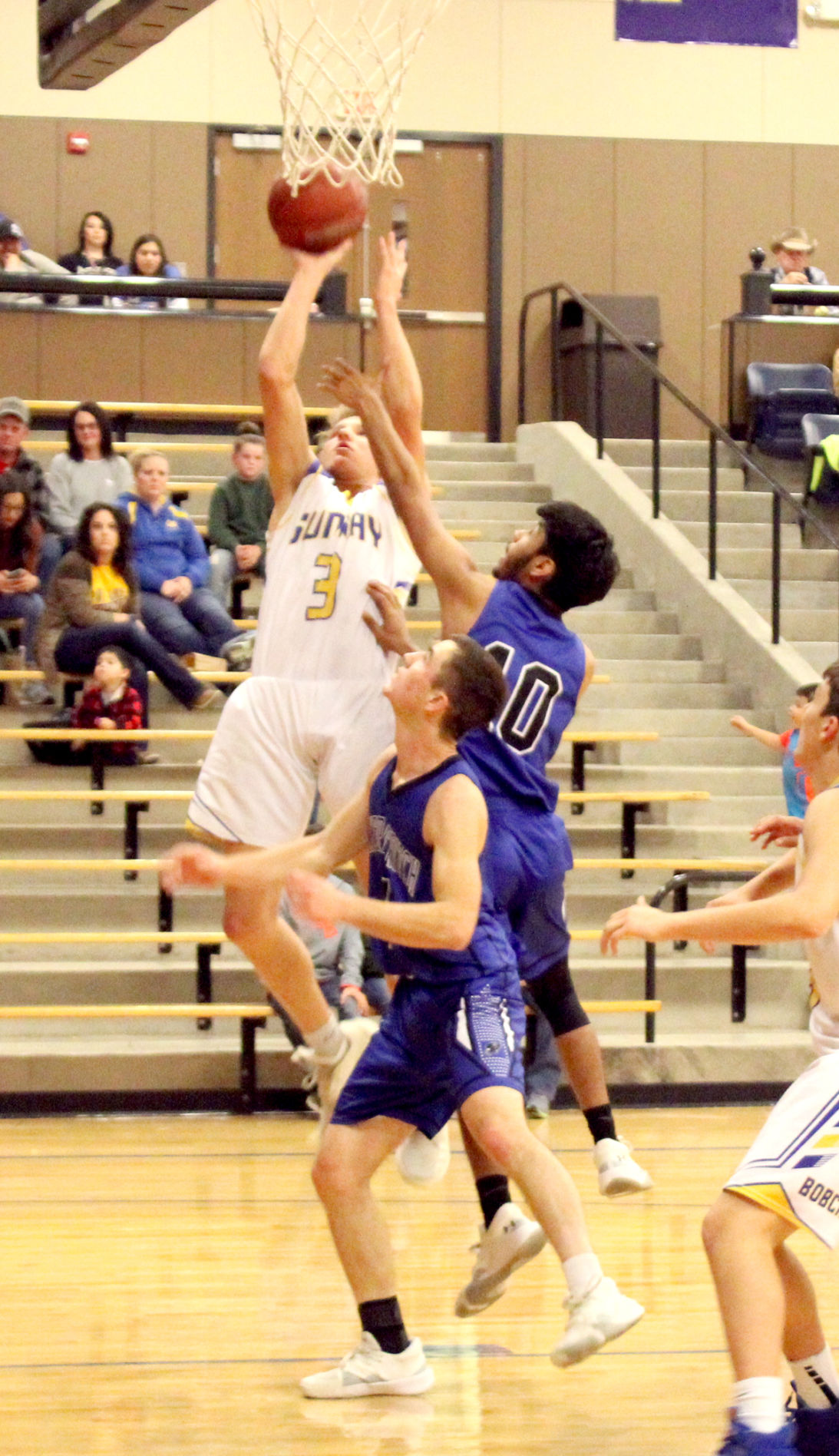 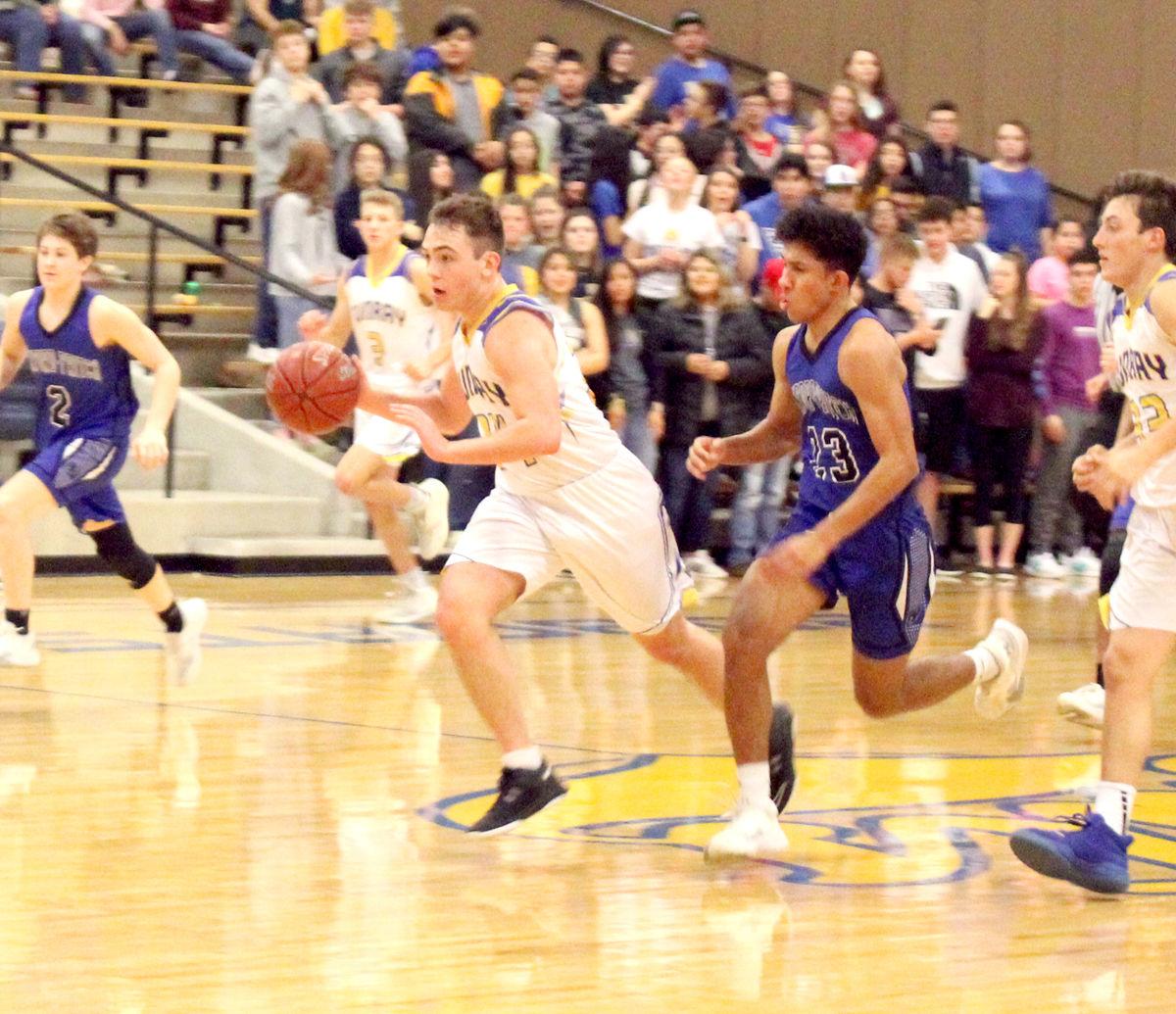 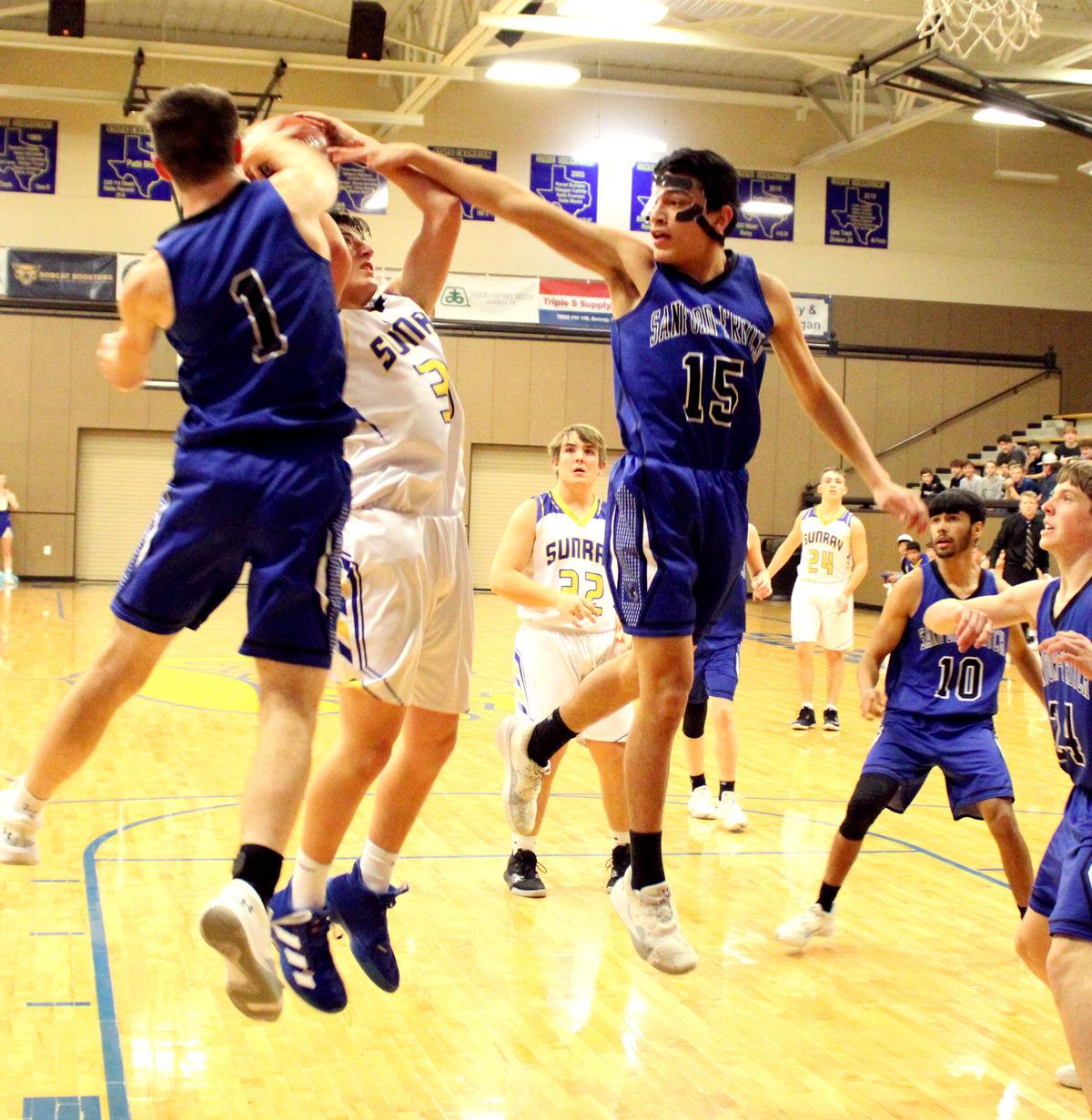 The Sunray Bobcats and Ladycats hosted Sanford-Fritch Friday night, Feb. 7. The Ladycats led 26-16 at the half, and went on to score 19 points in the second half to take the game 45-29.

It was senior night Friday night as it was the final home game for the Ladycats.

Faith Castillo led the Ladycats in scoring as she had eight points. Hope Castillo and Mackenzie Morton each put up seven points, while Leslie Mendoza and Nayeli Calzadillas each had six points in the contest.

Also scoring for the Ladycats were Katelyn Hernandez with four points and Kali Flores with three. Vanessa Corbin and Mariela Lechuga both put up two points for the Ladycats.

The Ladycats are scheduled to travel to Boys Ranch on Tuesday. This will be the final regular season game for the girls. Results will appear in an upcoming edition of The Moore County News-Press.

The JV girls won 31-24 in their contest earlier in the eventing.

The senior boys were recognized, along with the girls Friday night.

In the boys contest, the Bobcats remained in control despite a 21-point third quarter frenzy by the Sanford-Fritch Eagles. Sunray led 26-14 at the half and was outscored 21-8 in the third period, but rebounded in the final stanza as the Cats put up 16 and held the Eagles to only nine points.

The boys squeezed out a 49-44 win over the Eagles at the buzzer.

The leading scorer for Sunray was Cutter Lust, who had 14 points. He was followed by Tate DeBord, who put up 10 points.

Wyatt Packebush had eight points on the night, with Jorge Hermosillo checking in with six points. Michael Peeples had four, Wyatt McGaughy had three, and Sergio Alcantar and Walker McGaughy each had two points for the Bobcats.

As with the girls, the Bobcats are scheduled for a matchup with Boys Ranch on Tuesday. The boys will finish their season with two more games, with the first one coming Friday, Feb. 14, at home against Gruver and then on the road at West Texas next Tuesday, Feb. 18.

Earlier Friday evening, the JV boys fell 38-25 to the Eagles.