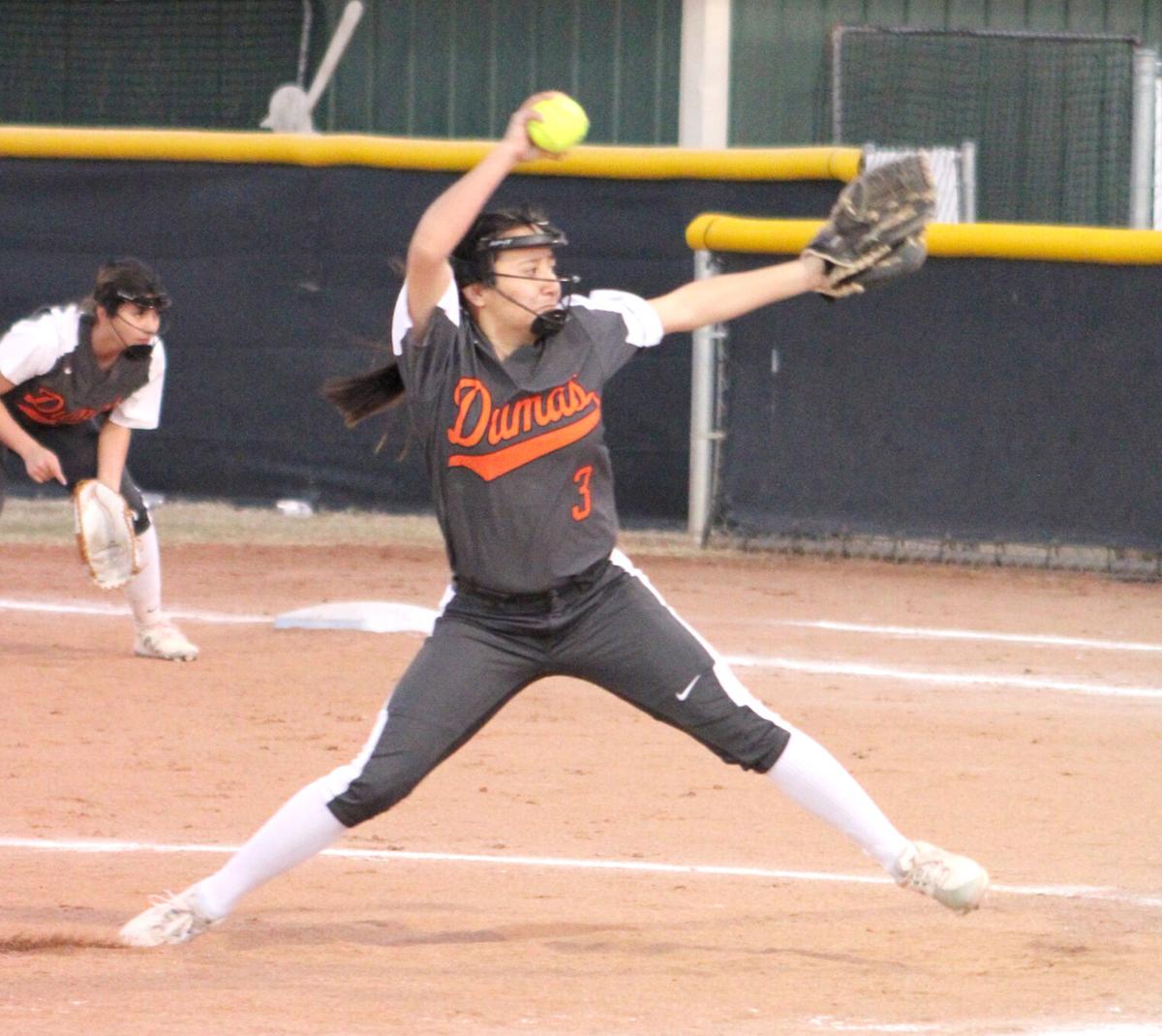 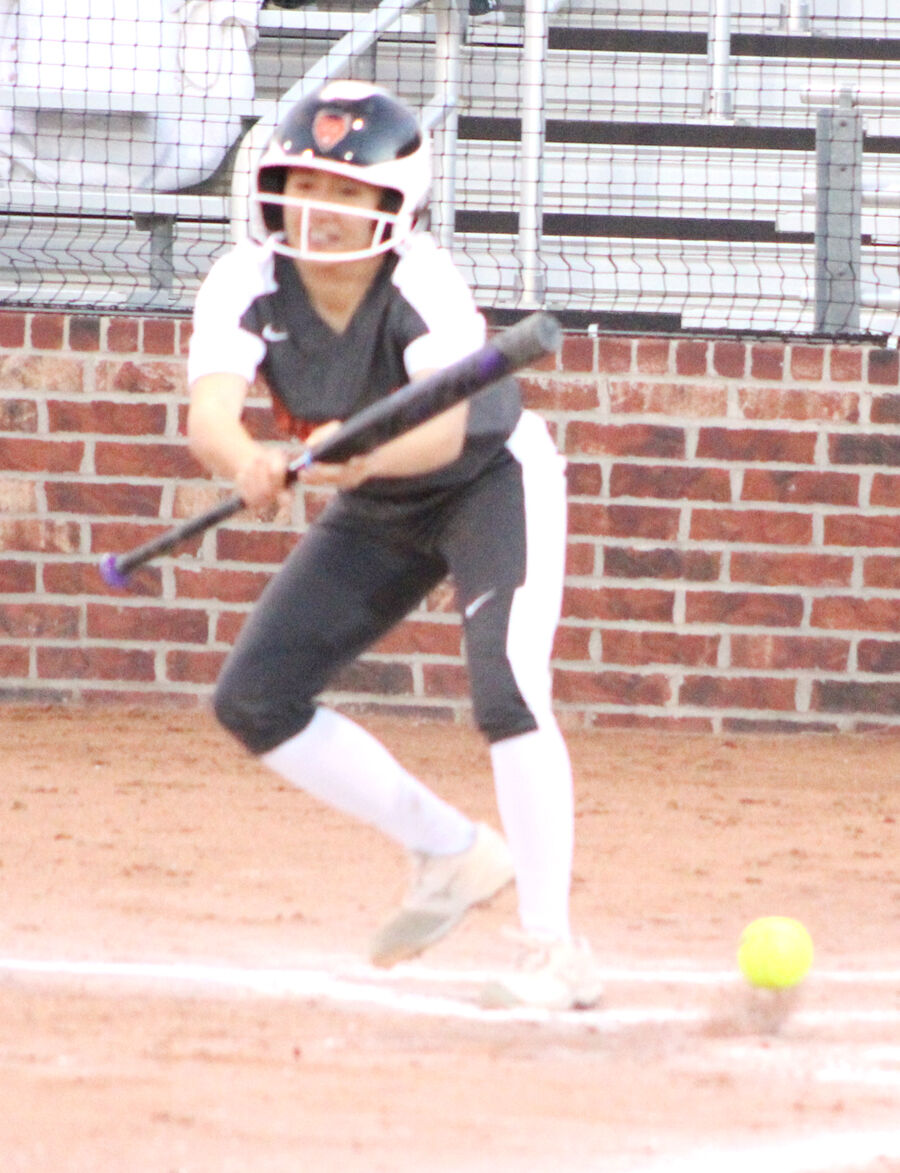 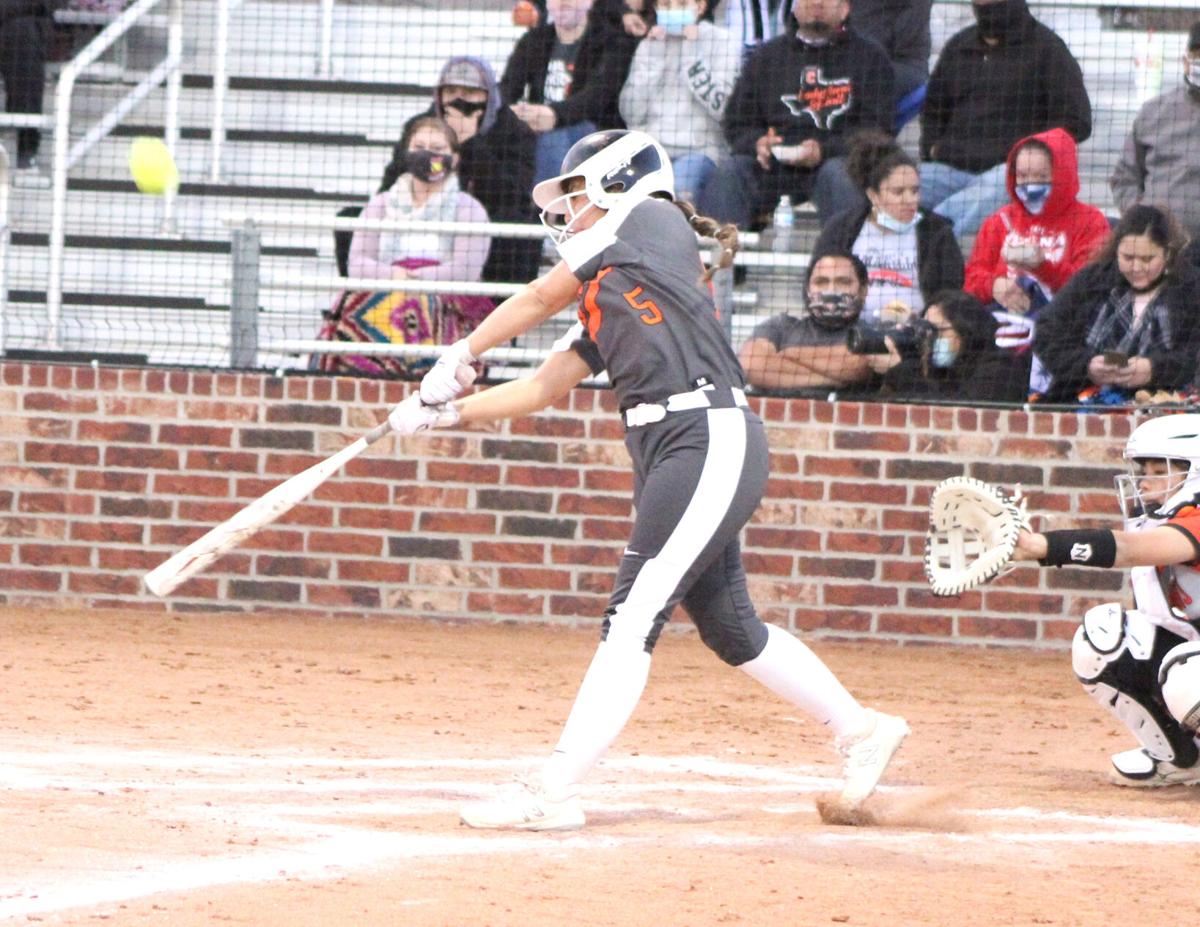 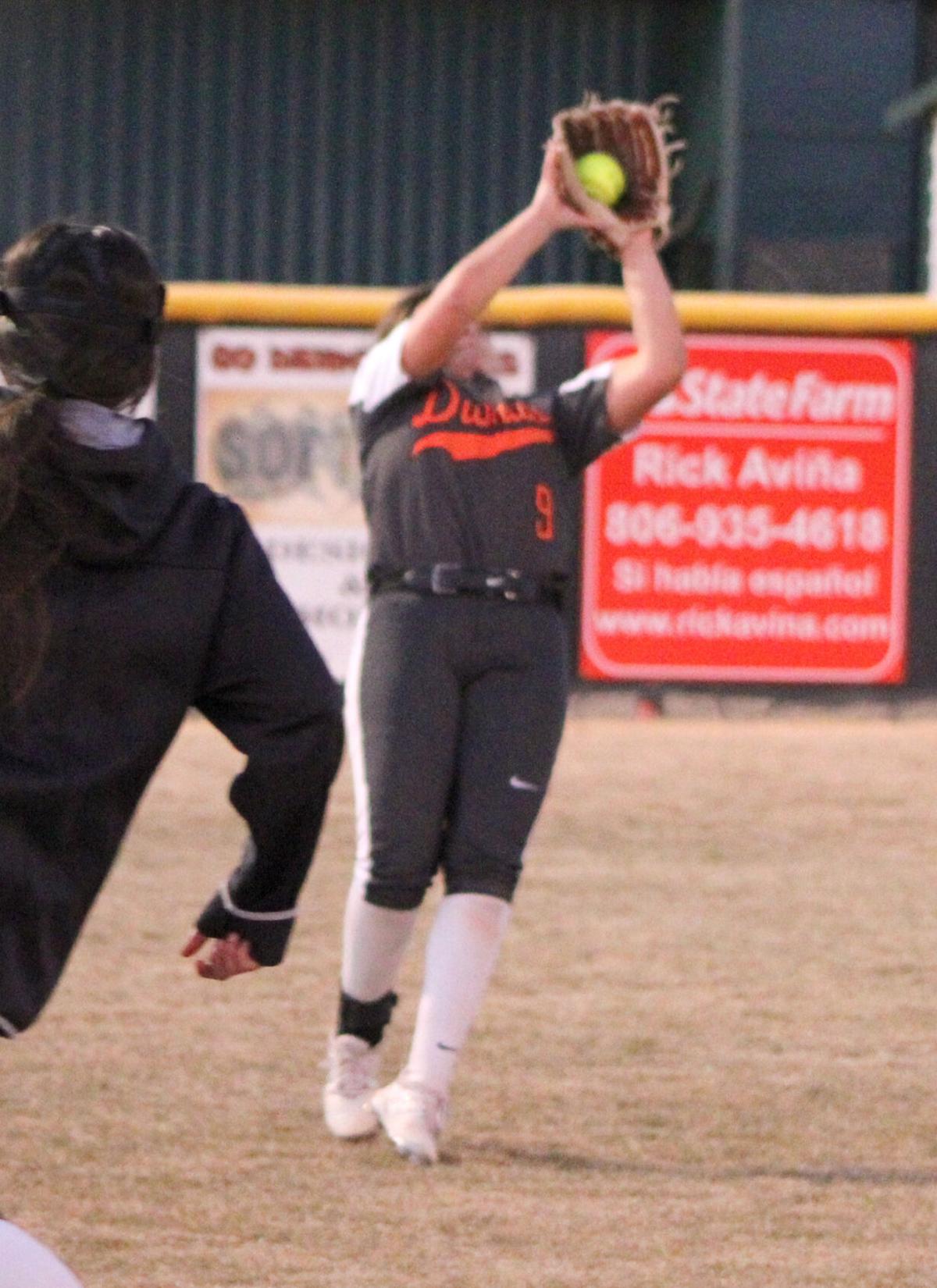 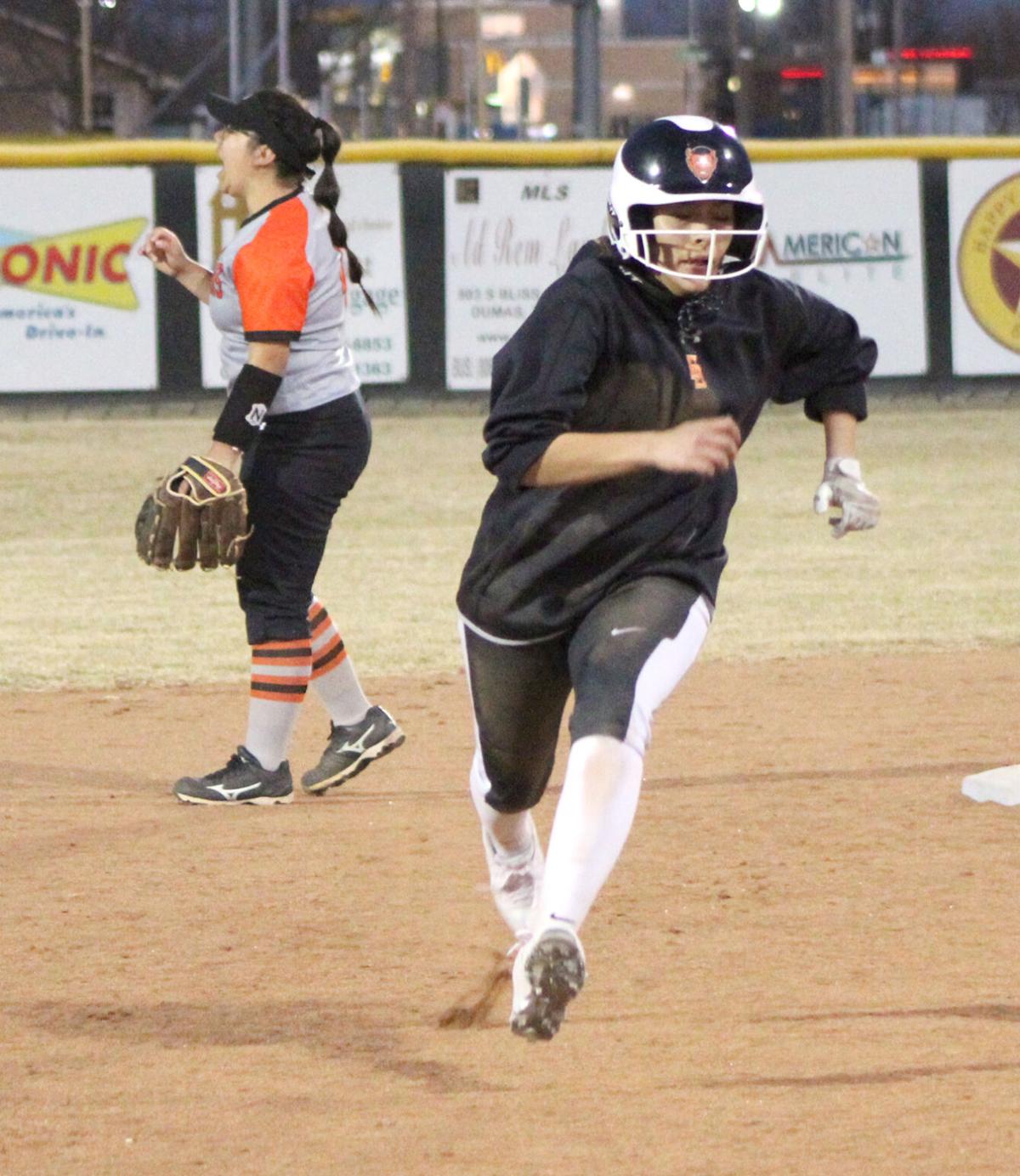 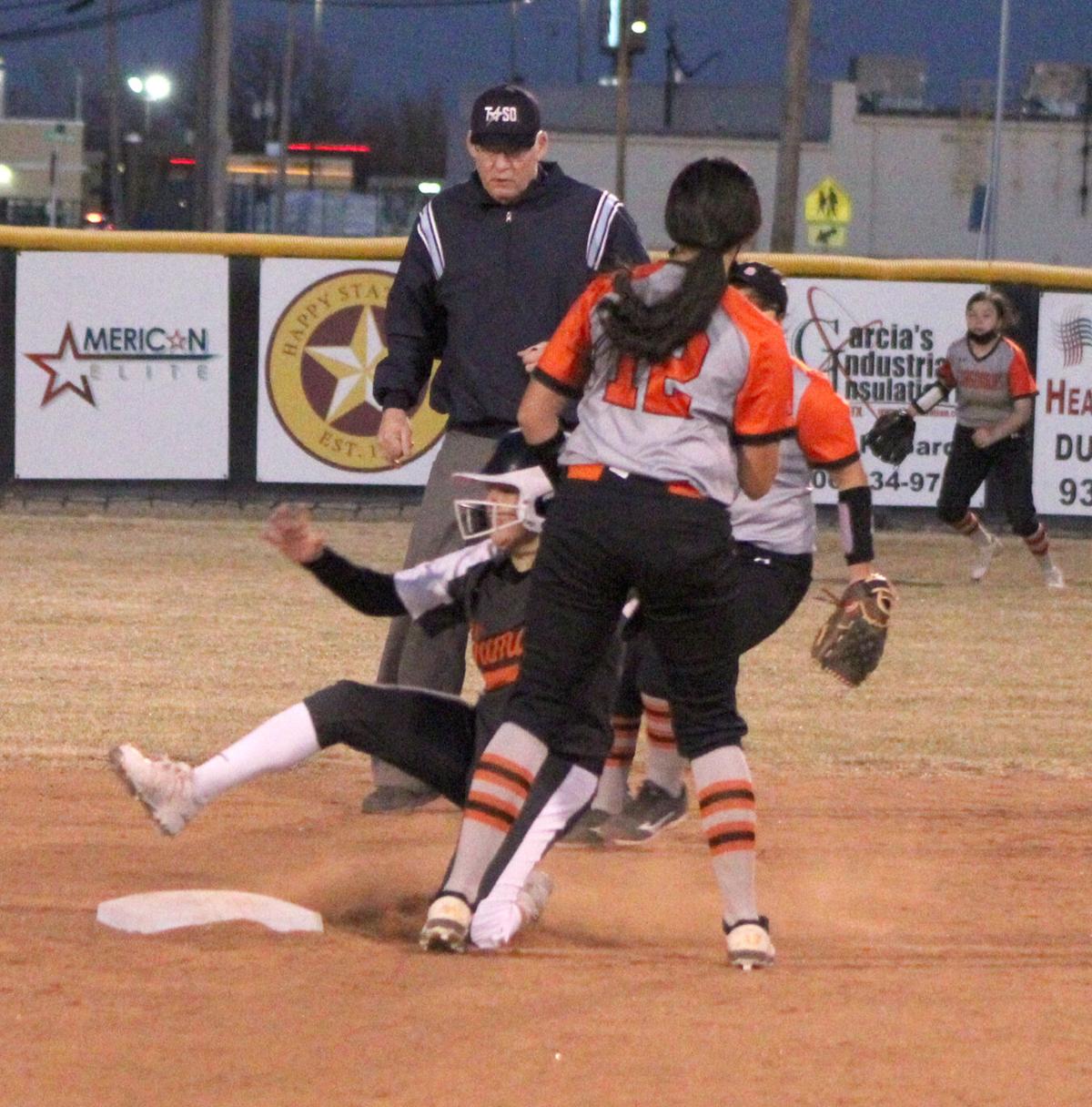 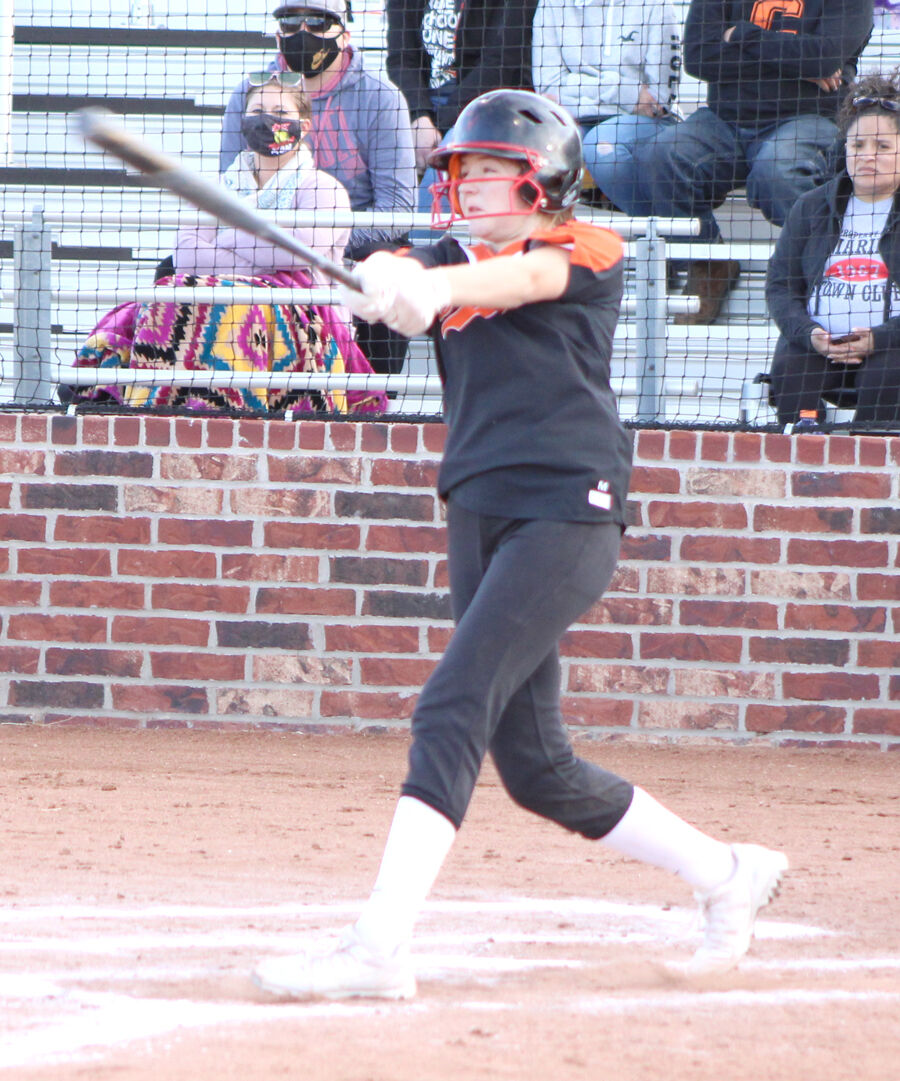 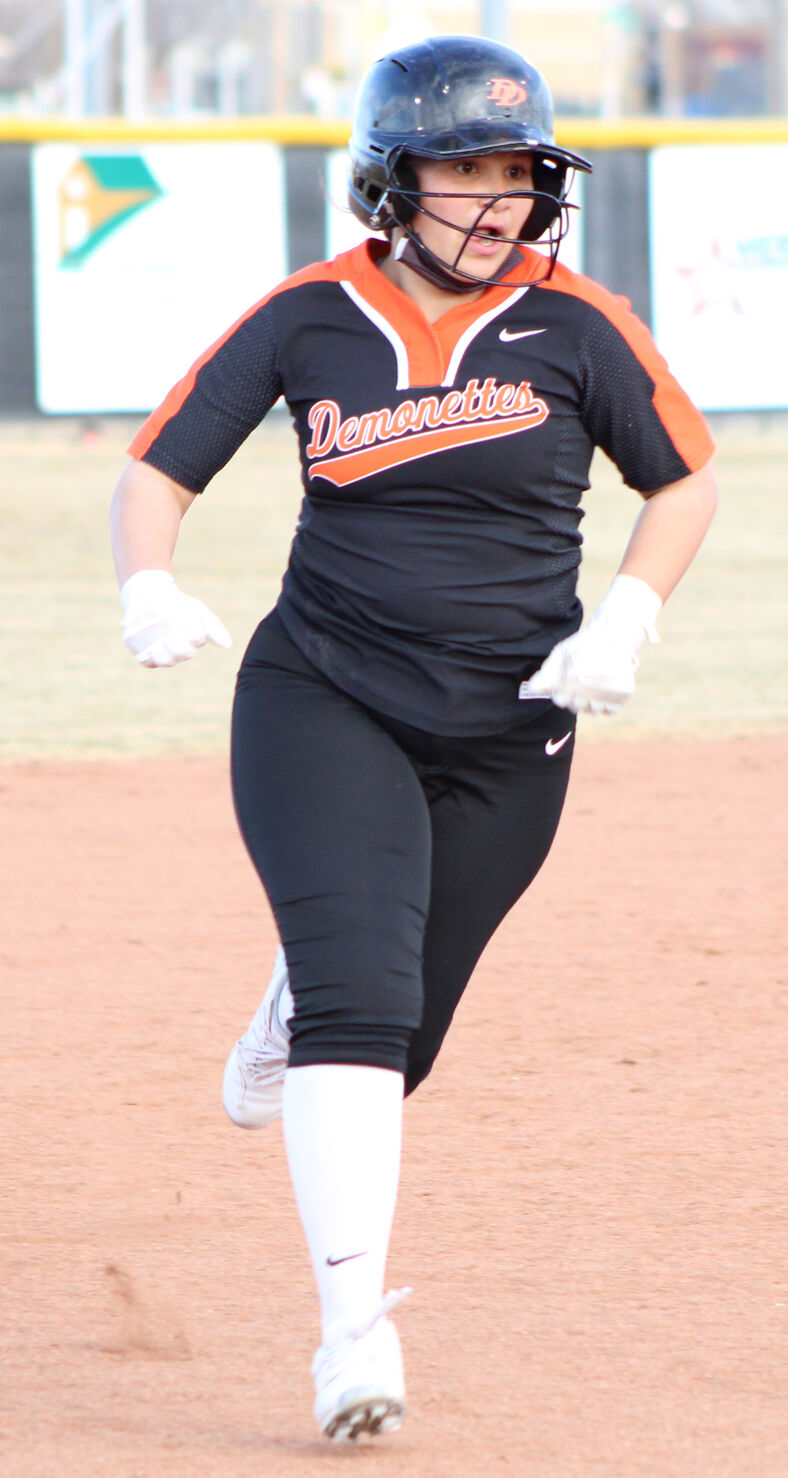 The Dumas Demonettes came up short against a solid Caprock squad, 13-15, on Tuesday, Feb. 23. Together as a team, the Demonettes had 16 hits and five home runs. The JV pulled out a big win over Caprock on Tuesday night.

The varsity Demonettes went scoreless in the first and then picked up two runs in the second. In the top of the third, Caprock scored three more to go up 6-2. Then, the Demonettes had a big third inning and scored six runs to go up 8-6 over Caprock.

Both teams kept working the field and had quality hits and Caprock came out on top. For the Demonettes, Melaney Granados went 3-for-5 and had two home runs and one double. Cami Velasquez got three hits off three at bats with one homer, while Lauren Holt and Candy Contreras both went 3-for-4 and combined for three doubles. Katie Contreras went 2-for-2 at the plate with two home runs.  Galy Davila went 2-for-5 at bat.

The Demonettes are playing in the West Texas Classic tournament this weekend, which began on Thursday.