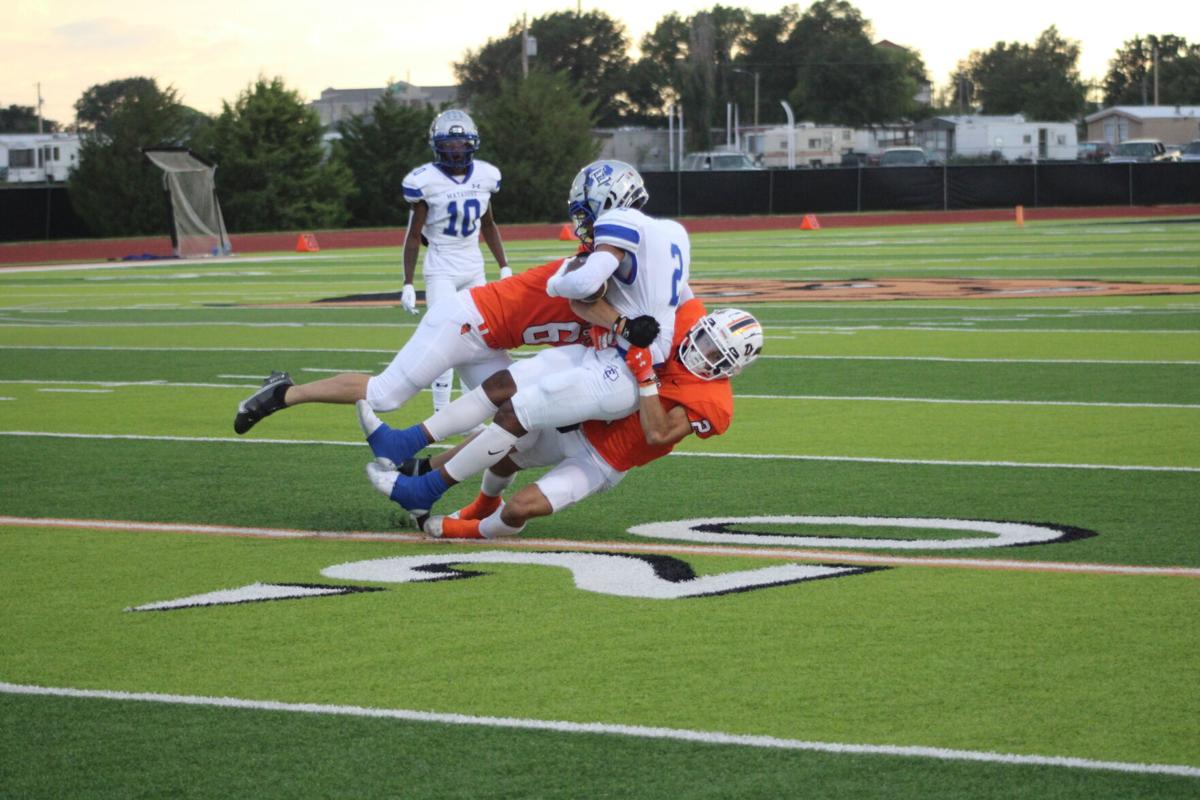 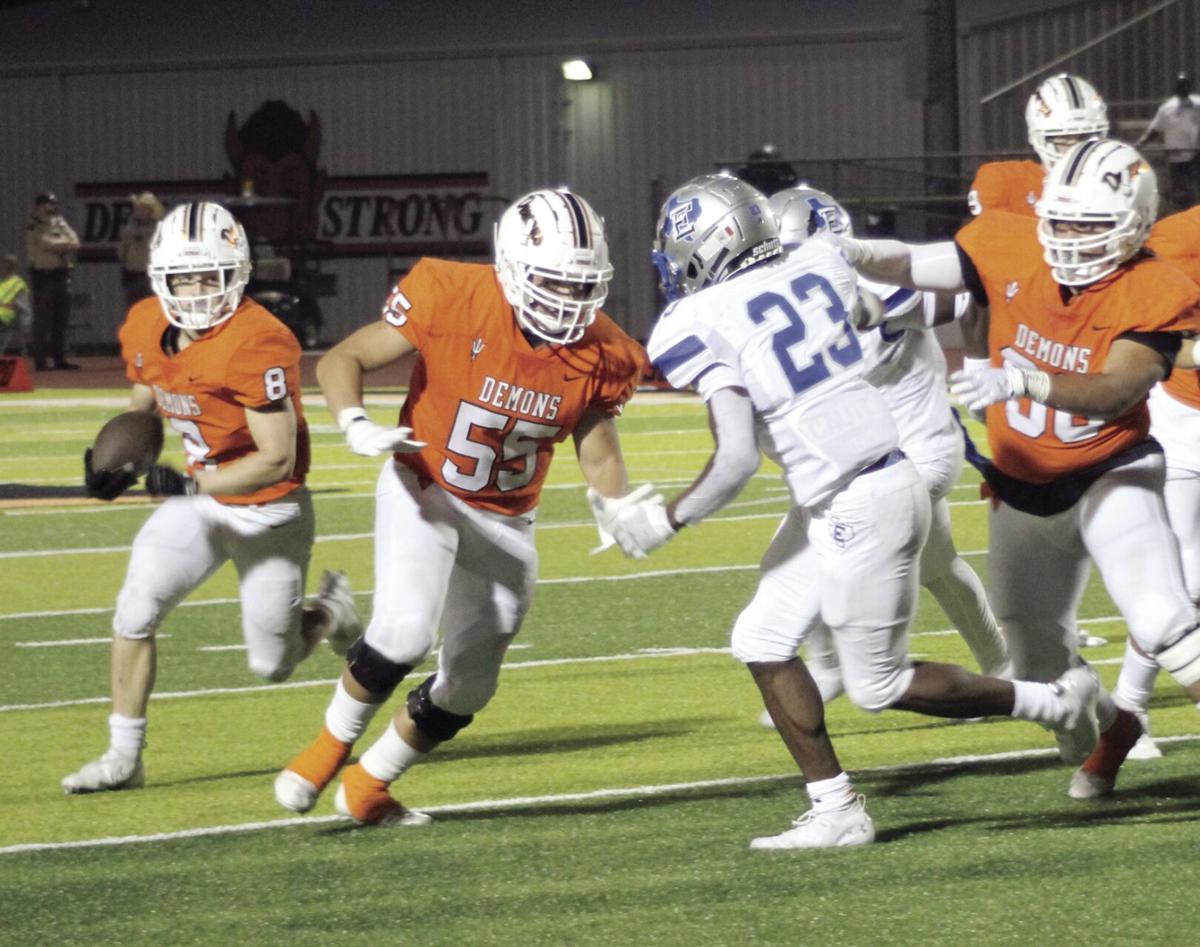 The Dumas Demons won a thriller Friday night as they defeated the Lubbock Estacado Matadors, 30-27.

The Demons started out sluggish quickly being behind 13-0 but quickly crawled back in with a James Bednorz 16 yard run for a touchdown and a Sabien Perry 10 yard run for a score. Both had failed two-point conversion attempts to make the game 13-12 with 2:24 left in the first quarter.

The Demons took their first lead of the night with 7:49 left in the half with a Grayson McCurley seven-yard touchdown pass to the Cole Garcia, with a Hugo Morales extra point, the Demons led the Matadors 19-13.

The Matadors weren’t going away that easy though. They quickly scored a 41-yard touchdown pass to take the lead 20-19.

On the following drive McCurley threw and interception and Estacado capitalized with another score, going up by eight with a 27-19 score going into halftime.

Coming out of the half, the Demons shut down the Matadors. A Hugo Morales 24 yard field goal put the Demons down by five.

In the fourth quarter it was a highly contested ball game between both schools. But with 7:54 left in the game James Bednorz ran in a four-yard touchdown and McCurley connected with Andres Perez for the two-point conversion to put the Demons up 30-27.

Going into the final drive of the game. With the Dumas defense battling and a couple penalties, including a pass interference that took away a touchdown. The Matadors were facing fourth and 42.

ESPN's College GameDay to be at Wisconsin-Notre Dame

Sound waves: What others are saying about Saturday's Husker game

A what-could-have-been type of day for Nebraska ends in 23-16 loss to No. 3 Oklahoma

With a Hail Mary attempt by the Matadors, Hunter Coaly snagged the ball for an interception to secure the Demon win.

“We had to grow up fast this season and tonight I think those boys did it. I couldn’t be more proud of them and their effort,” said Dunnam

James Bednorz had a big night having 27 rushing attempts for 131 yards and two touchdowns. But He didn’t do it alone. Dunnam had high praise for his offensive line.

“I thought our offensive line had a really big day. Really establishing the run game for us. They worked their butts off tonight and hats off to them,” Dunnam said.

Going into Friday night’s contest, the Demons were riding a 14 game win streak at home and that was a big motivation for them to continue that.

“All week we just kept saying, ‘15’. Fifteen home wins. The boys take a lot of pride in that and feed off the home crowd and student section here at home. The crowd was awesome and the boys feed off it. They take a lof of pride in defending their home turf,” said Dunnam.

The Demons have an open week this week but will return to action when they travel to Plainview to take on the Bulldogs Friday, Sept. 17. Kick off is set for 7 p.m.