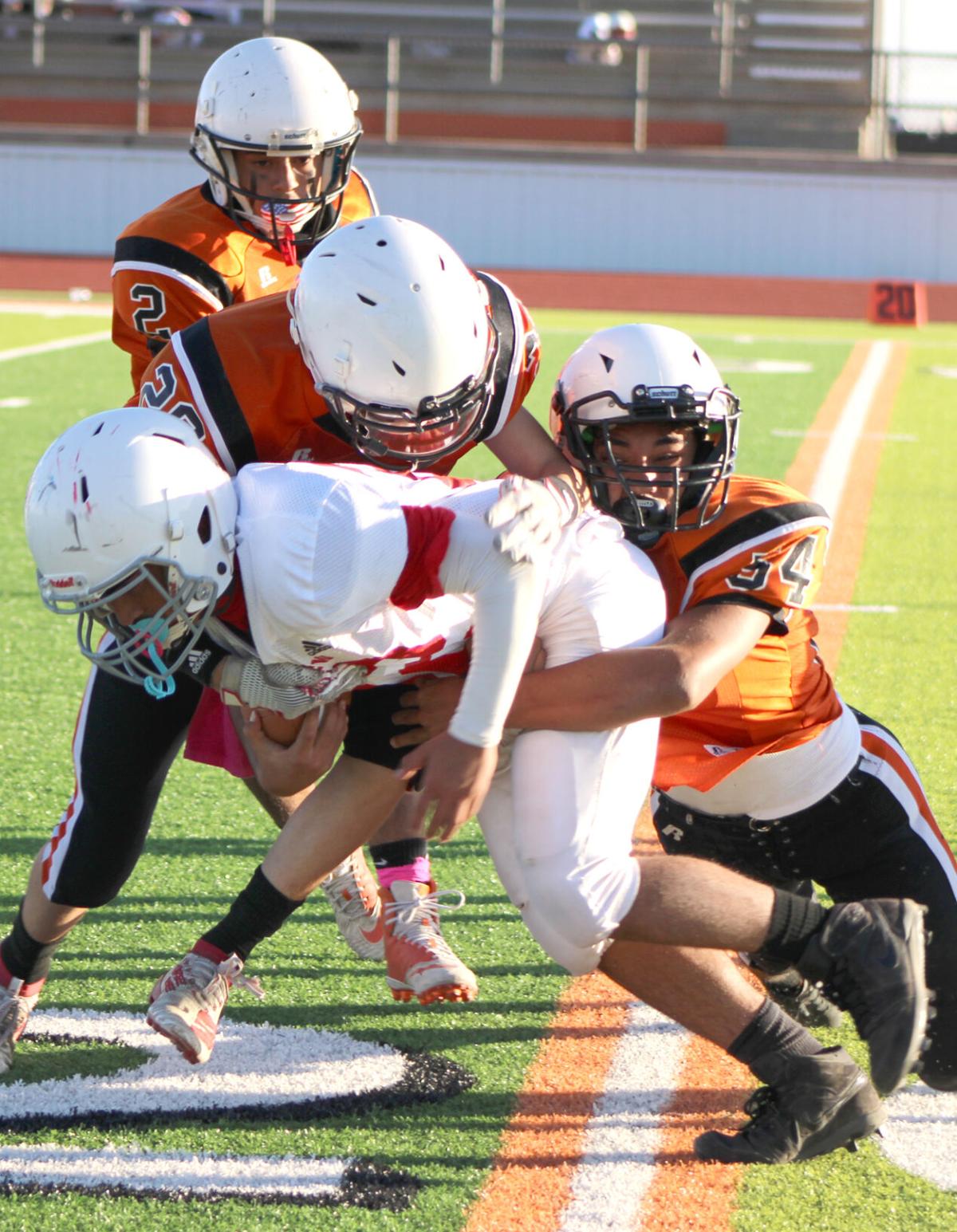 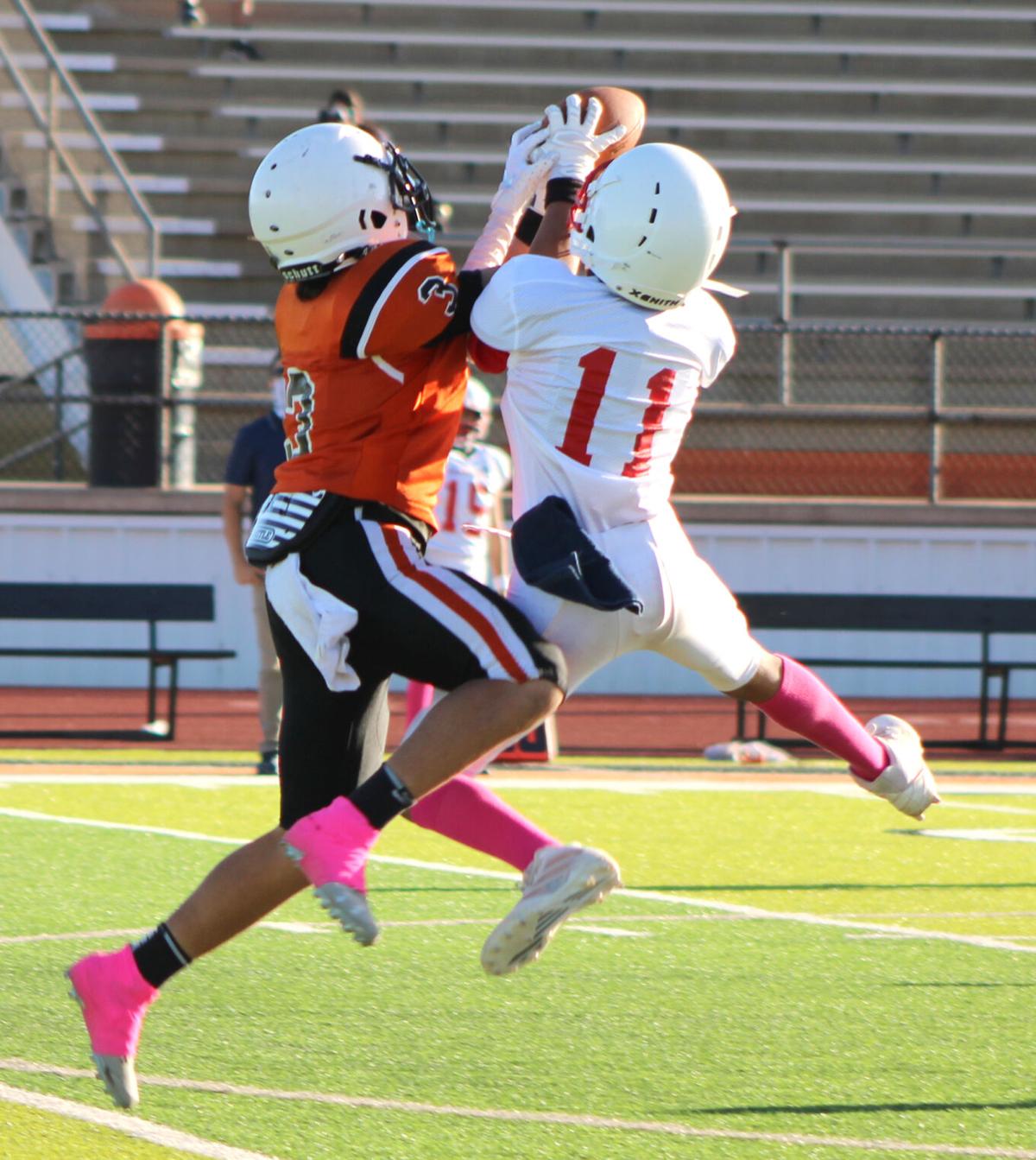 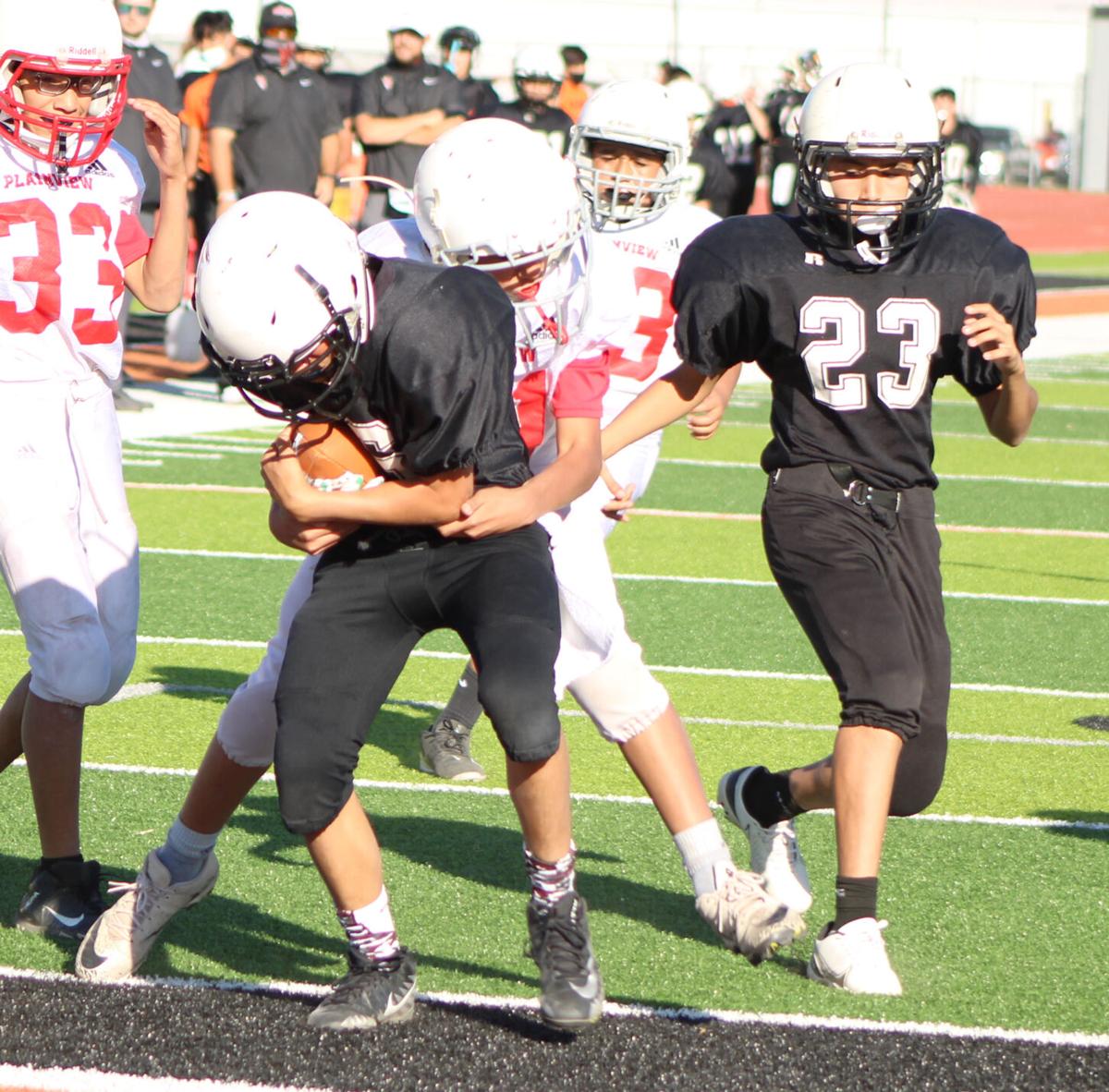 The eight grade Black team offense found the endzone plenty during the matchup with Plainview Coronado on Tuesday, Oct. 13, at Demon Stadium. 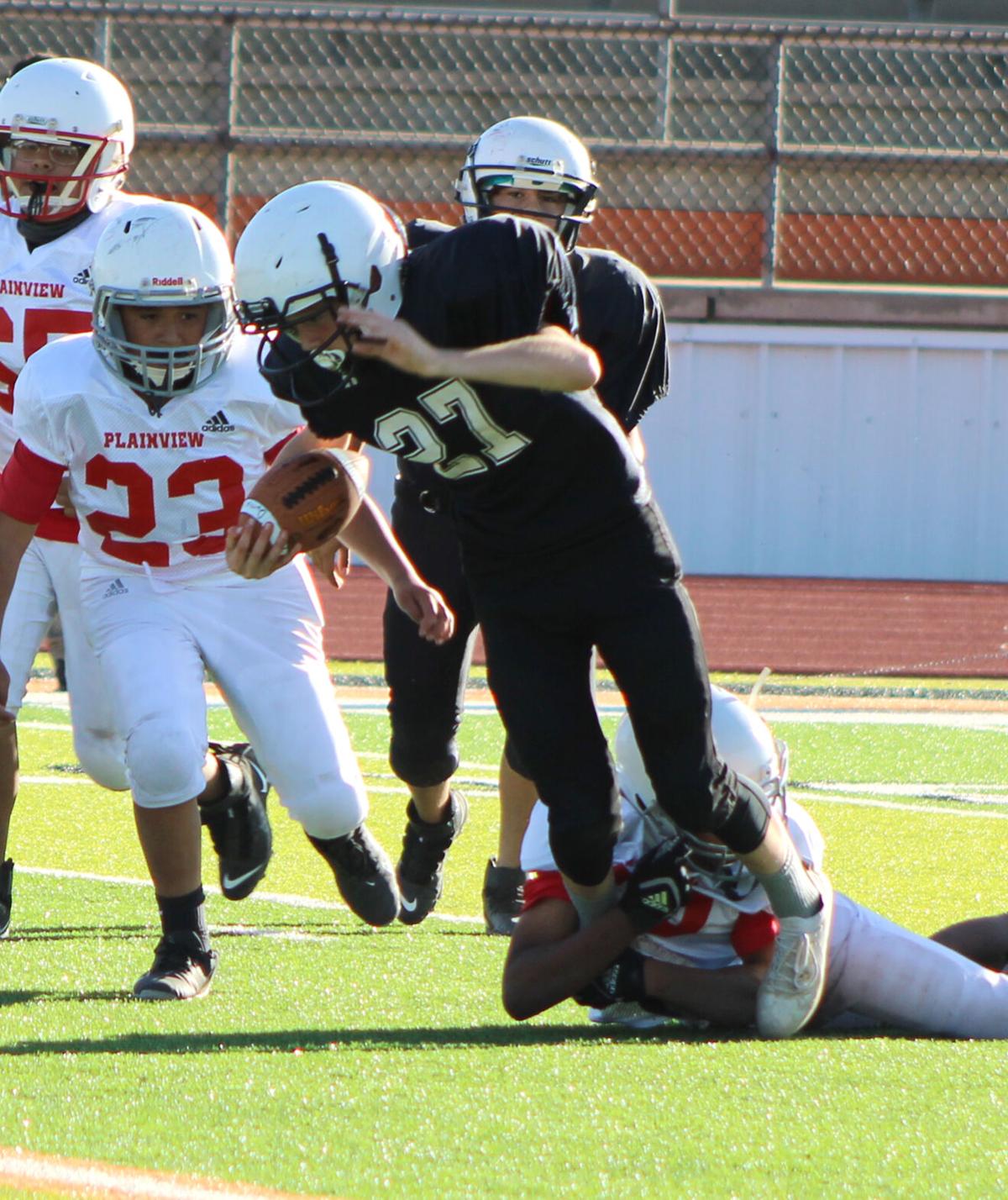 The eight grade Black team offense found the endzone plenty during the matchup with Plainview Coronado on Tuesday, Oct. 13, at Demon Stadium.

First up the eighth grade Black team exploded on offense for an impressive 68-0 blowout; scoring eight touchdowns and converting on seven, two-point conversions. The Demons kept their foot on the gas pedal all day, rushing the ball for 154 yards.

On Defense the Demons were led by Eh Ler Htoo, who had five tackles and one interception which he returned for a score to seal the game 68-0 for the Demons.

Next up the Orange team faced a much tougher opponent but the outcome was no different, shutting out Coronado 14-0.

The Orange team was led by quarterback Lorenzo Ibarra who completed 9-of-13 passes for 96 yards and one touchdown to Isaiah Pena. Other receivers who caught the ball were Johnny Marquez, Eidan Loera, Steven Garcia, Connor Fry, and Jorge Mendoza. The ground attack was led by running backs Eli Randol, who gashed Plainview for 124 yards with one touchdown and Chris Soltero, who had 23 rushing yards.

The Demons were once again led by Eli Randol on defense who blocked a punt for a safety to go along with four tackles on the day.

Next up the eighth grade Orange and Black teams will travel to Canyon to take on the Eagles on Tuesday, Oct.20.