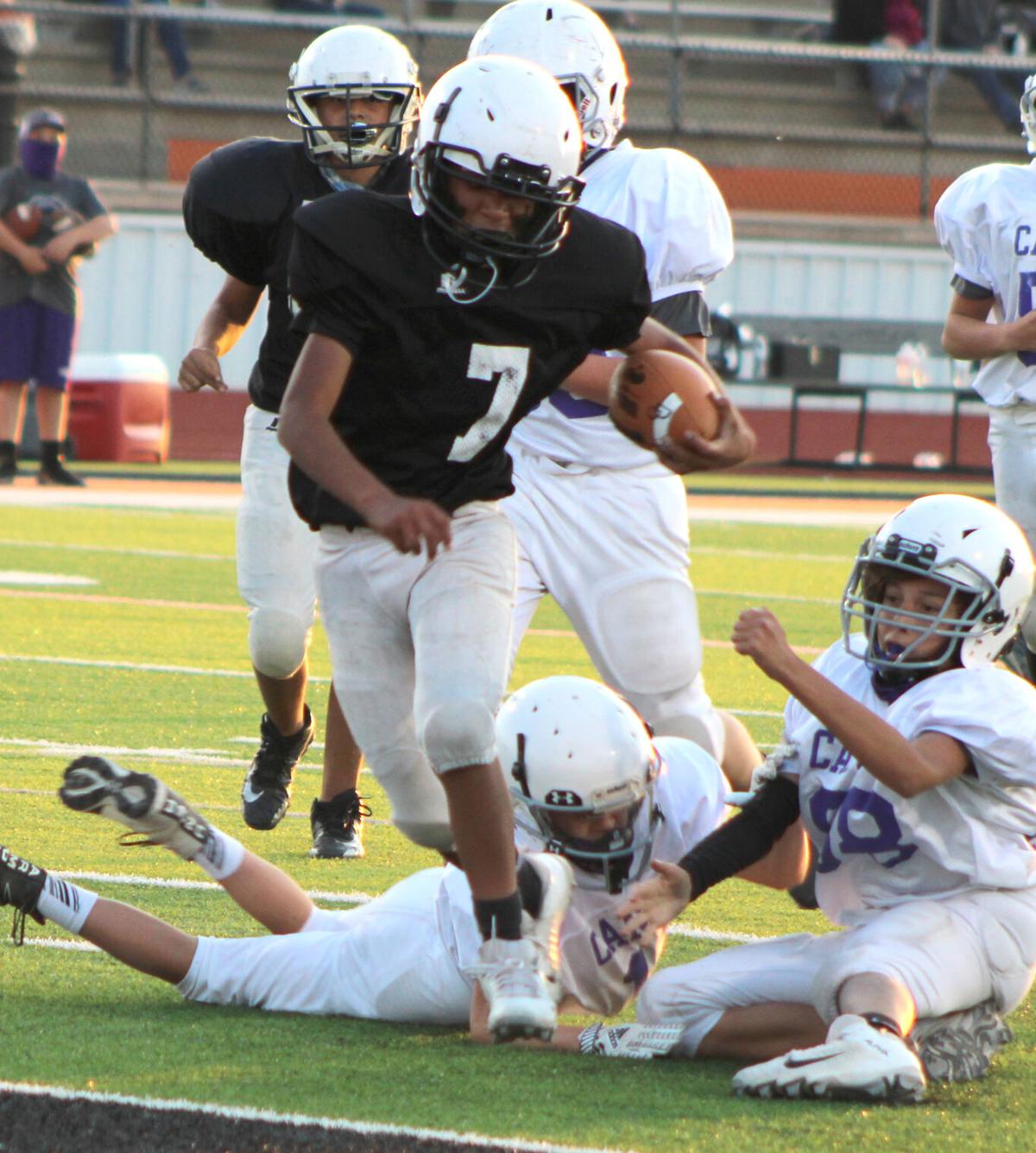 The seventh grade Black team shut out Canyon's offense on Tuesday, Oct. 20, at Demon Stadium, while the offense put up 20 points. 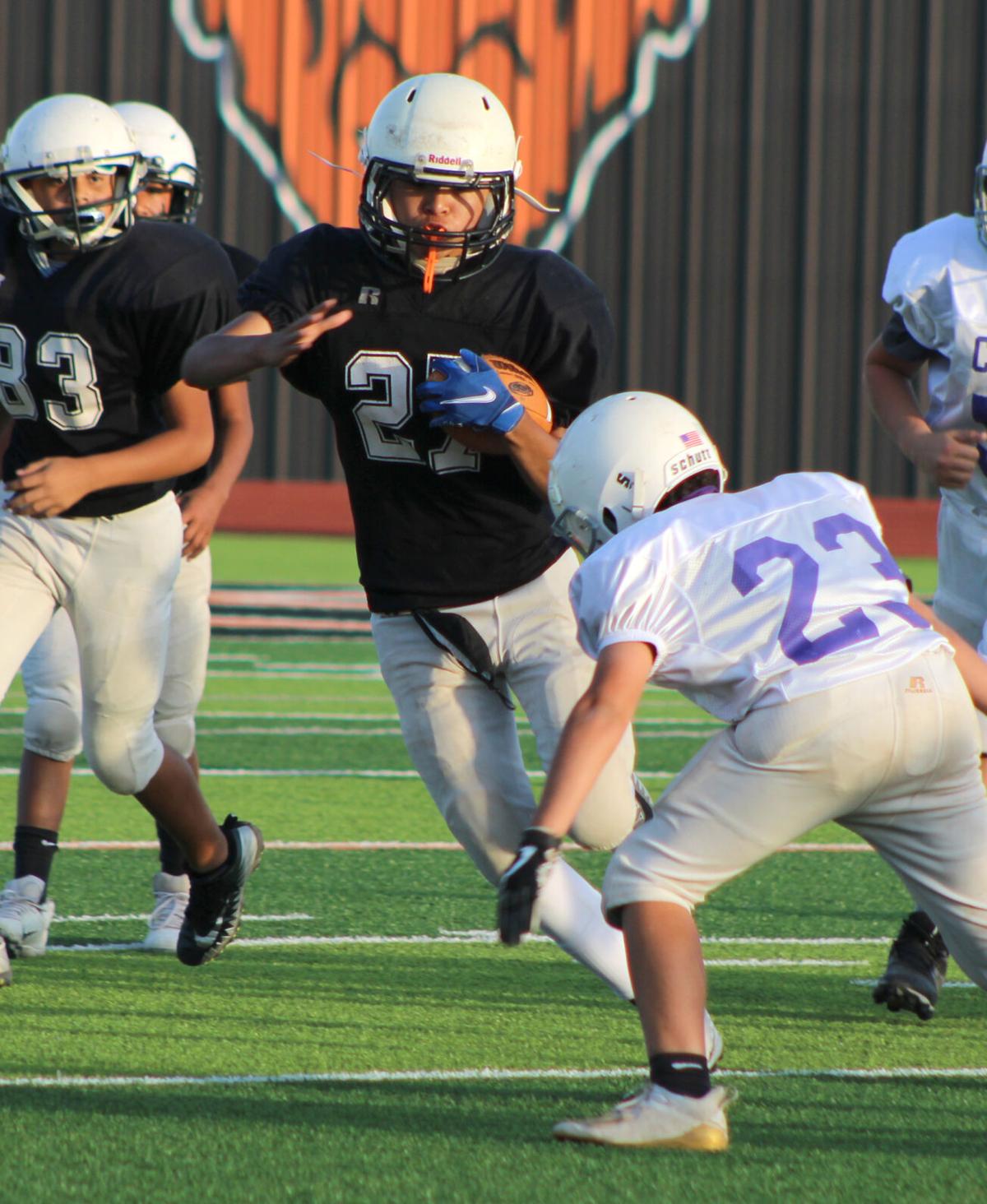 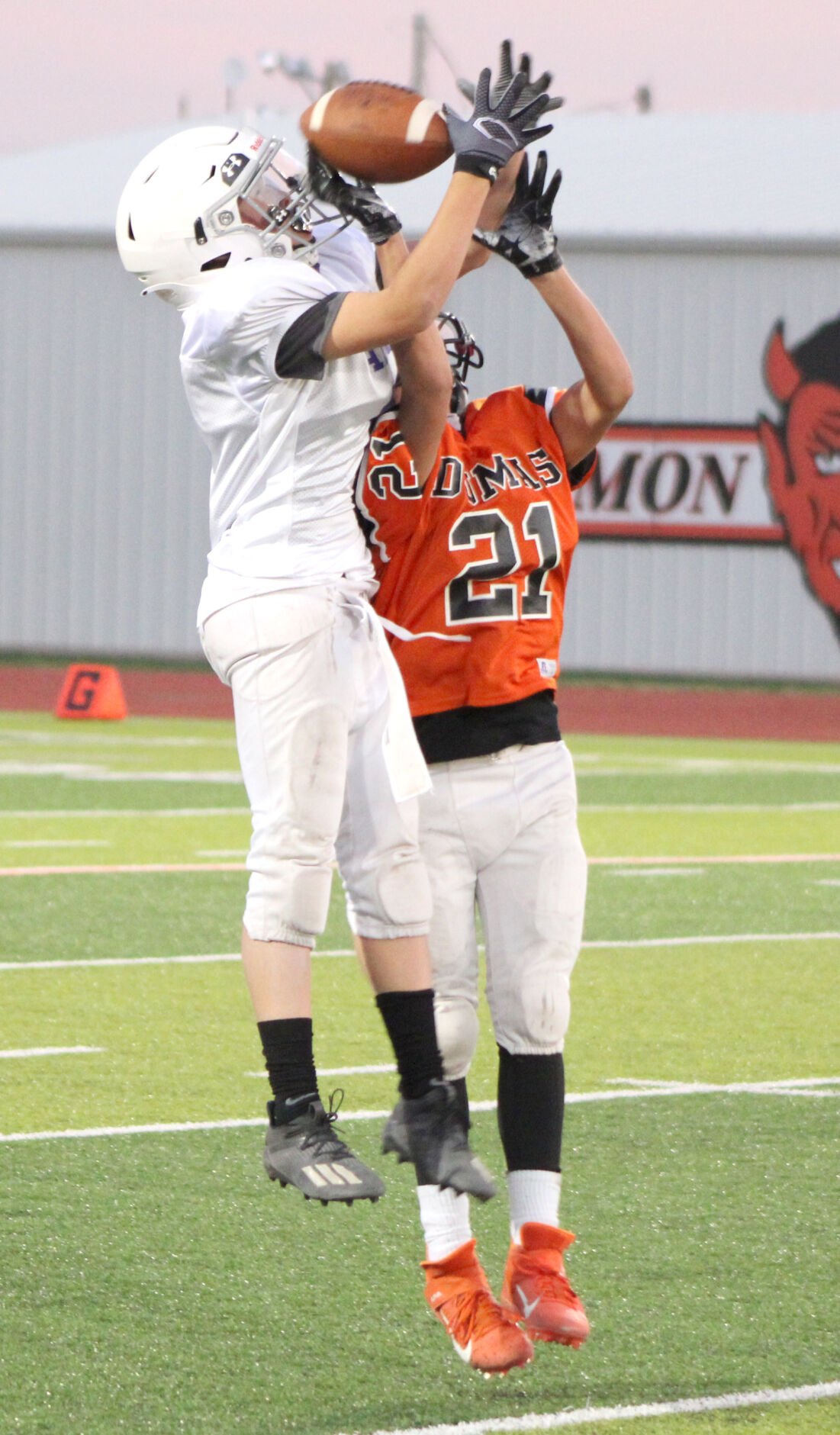 The Orange team had a little tougher time, but managed to get the win 14-12 on Tuesday. 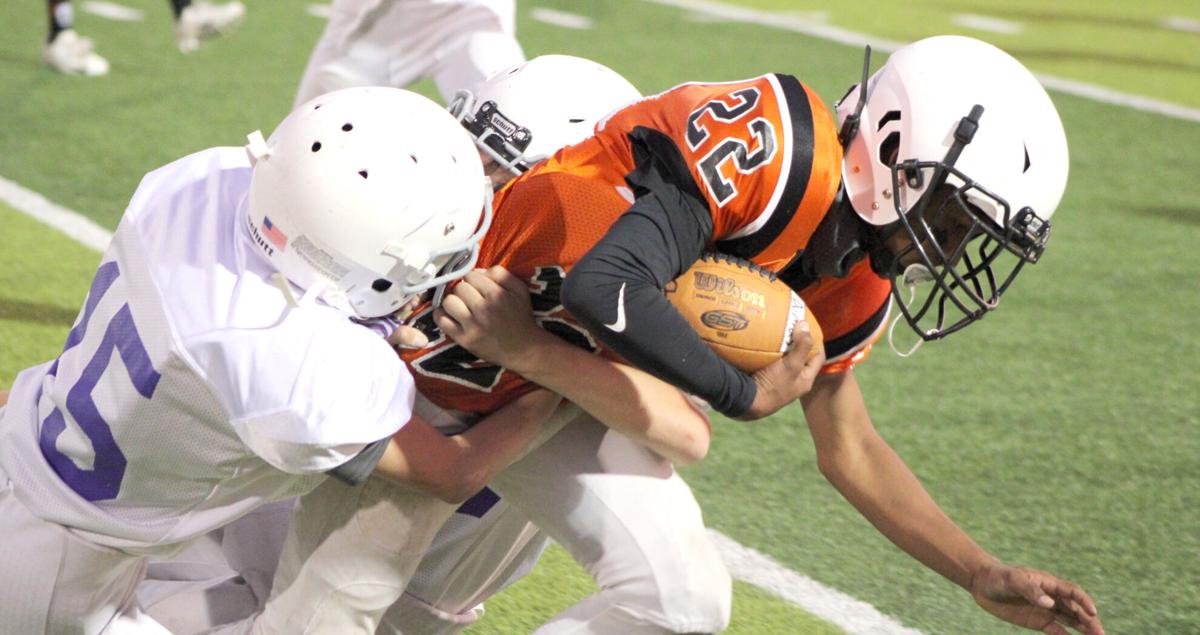 The seventh grade Black team shut out Canyon's offense on Tuesday, Oct. 20, at Demon Stadium, while the offense put up 20 points.

The Orange team had a little tougher time, but managed to get the win 14-12 on Tuesday.

On Tuesday, Oct. 20, the seventh grade Demons took on Canyon at Demon Stadium. Both the Orange and Black teams came away with wins.

The Black team won 20-0 led by quarterback Jojo Ortiz, who rushed for 133 yards, including touchdown runs of 39 and 15 yards. He also completed an extra point pass to Aaron Murga for two points. Rayce Thornburg rushed for 75 yards, and A Bee rushed for 55 yards and another Dumas score.

The Orange team won an exciting thriller 14-12. Shine Sopya stood out with 142 rushing yards and a rushing touchdown. He also returned a kickoff for 35 yards. Quarterback Briggs Satterfield rushed for 85 yards and a score. He also completed 5-of-9 passing attempts for 93 yards. His receiver for all of the completions and yards was Daniel Acosta. Zyeer Garcia rushed for 40 tough yards and a two-point conversion which turned out to be the difference in the game.

The Demon defense had a very strong showing Tuesday. The Dumas Black team produced another shutout on the year with a big game from our linebacker core. Rayce Thornburg, David Pena, Andrew Trejo and Alejandro Lugo tallied several tackles on the day. Jo Jo Ortiz and Elijah Chavez dominated the defensive backfield, shutting down any passing attempt thrown their way.

The Orange team defense held a very small lead for the Demons late in the game for the final six minutes, playing their hearts out to do so. After the half, the Demons trailed by four points until Jorge Murga put his team on his back and caused three turnovers solely on his own. Jorge forced and recovered two fumbles, and then intercepted a short pass to set up the Demon offense for a quick go ahead score. Leading by two points in the fourth quarter, the demon defense had to stay strong and hold the Canyon offense out of the endzone the last six minutes of the game.

As Canyon continued to take shots to the endzone, pressuring the quarterback was Chris Jimenez, Zyeer Garcia and Jayden Gutierez. The Demon defensive backfield was tested heavily all night and nothing changed late in the fourth quarter. Briggs Satterfield, Shine Sopya, Oliver Garcia and Ayden Sanchez played great coverage on the Eagles. With 45 seconds left on the Dumas 15 yard line, Canyon's attempt to the endzone was intercepted and ran back 70 yards to the Dumas five-yard line by Shine Sopya, setting up a victory for the Demons. The Demon defense showed great grit and determination to win on Tuesday.