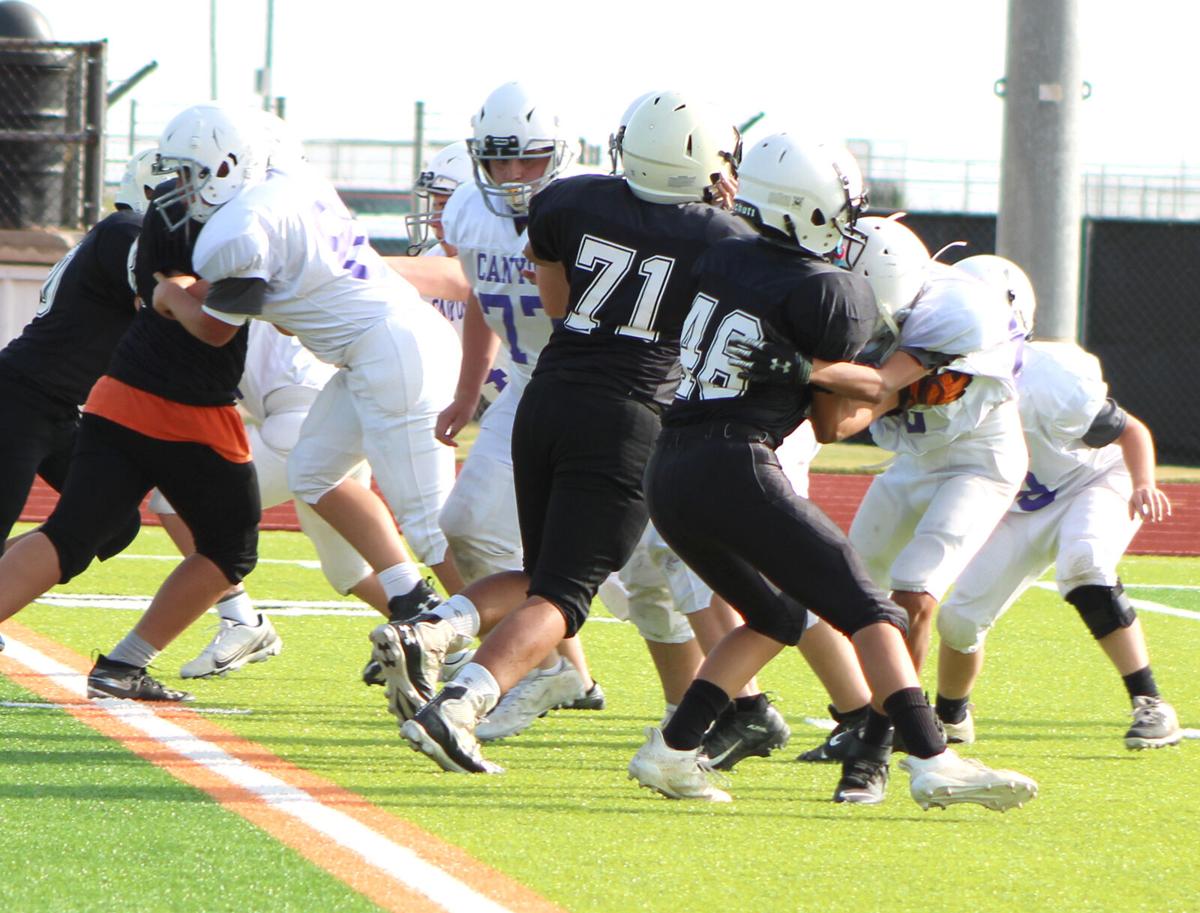 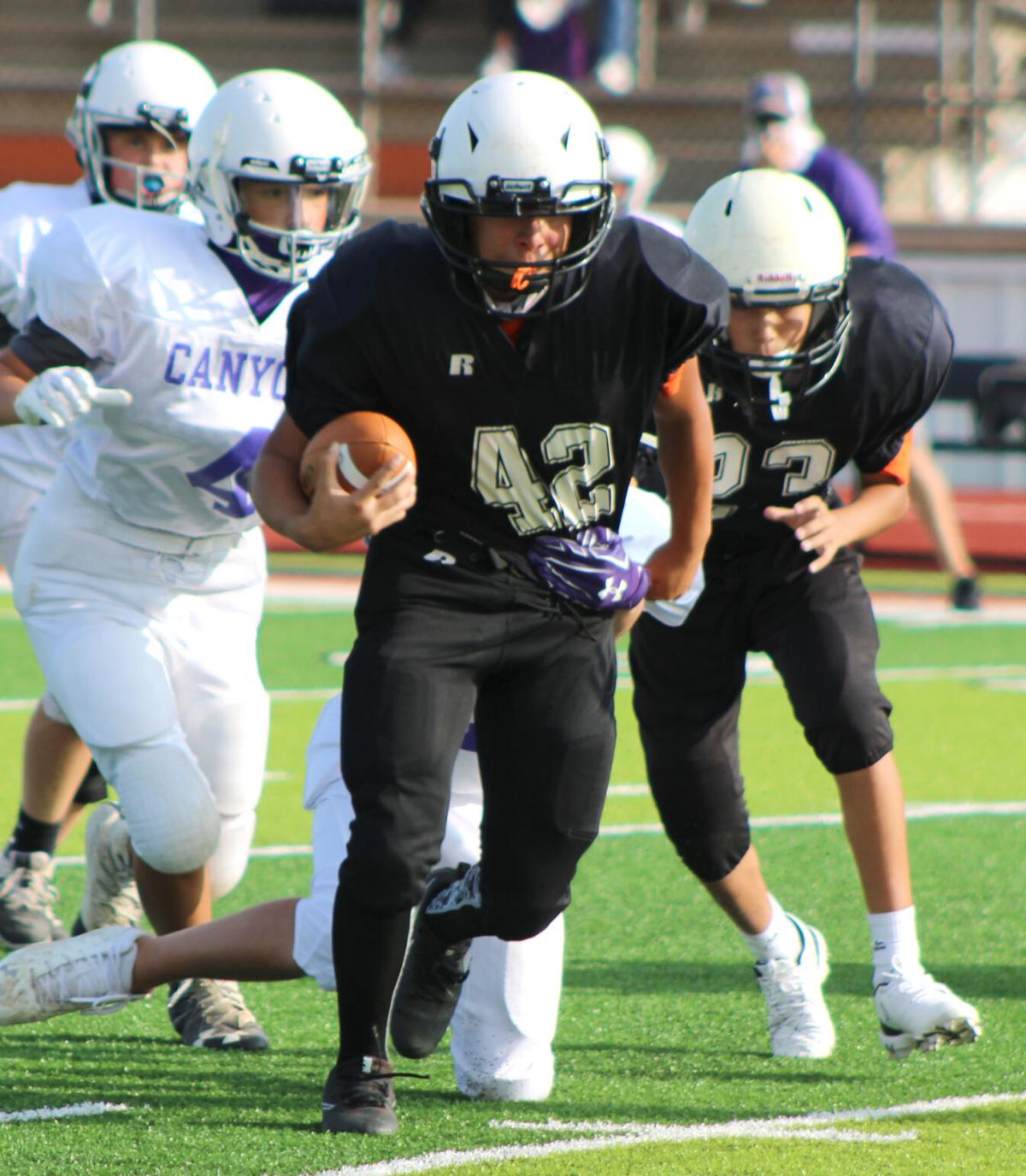 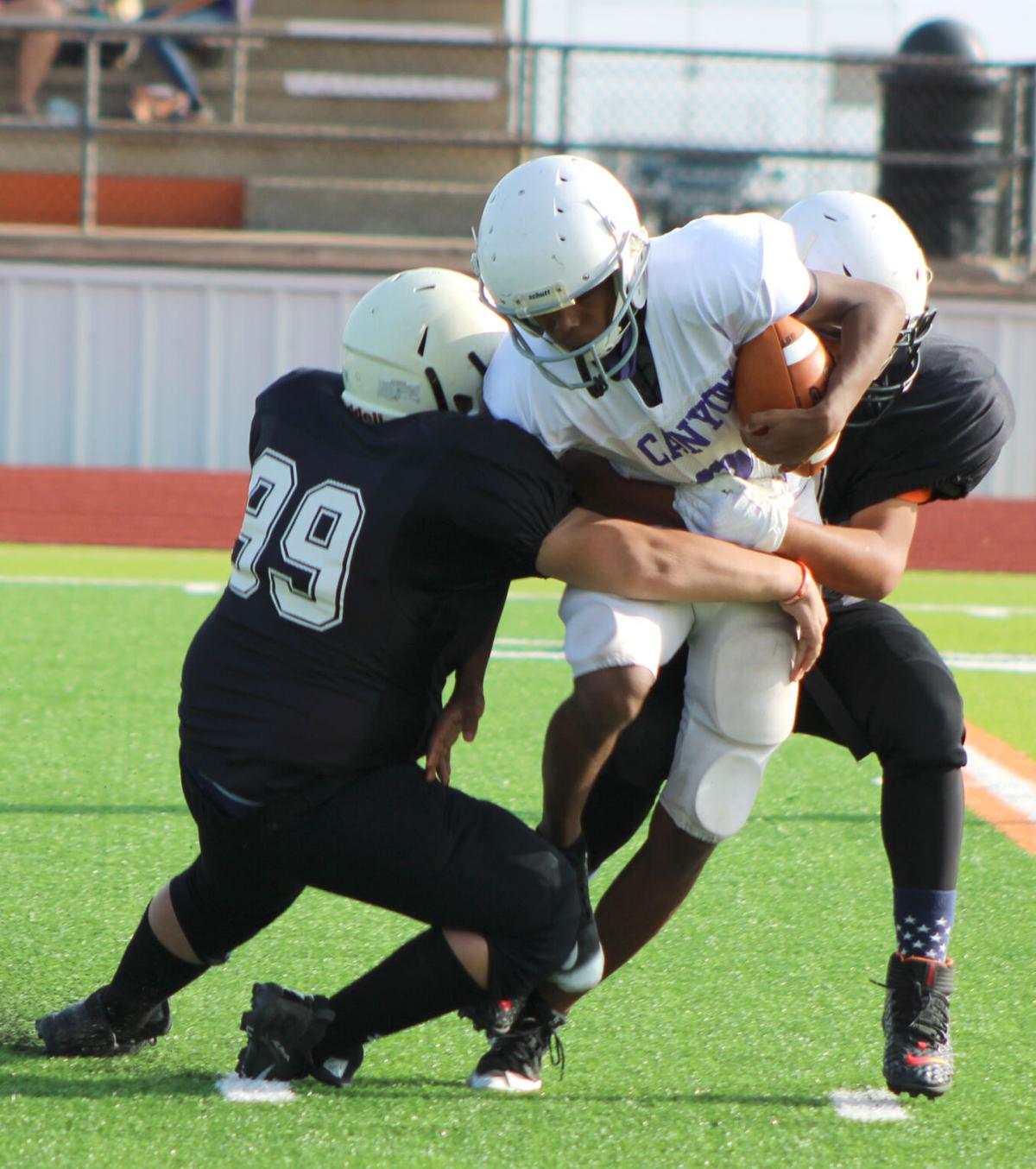 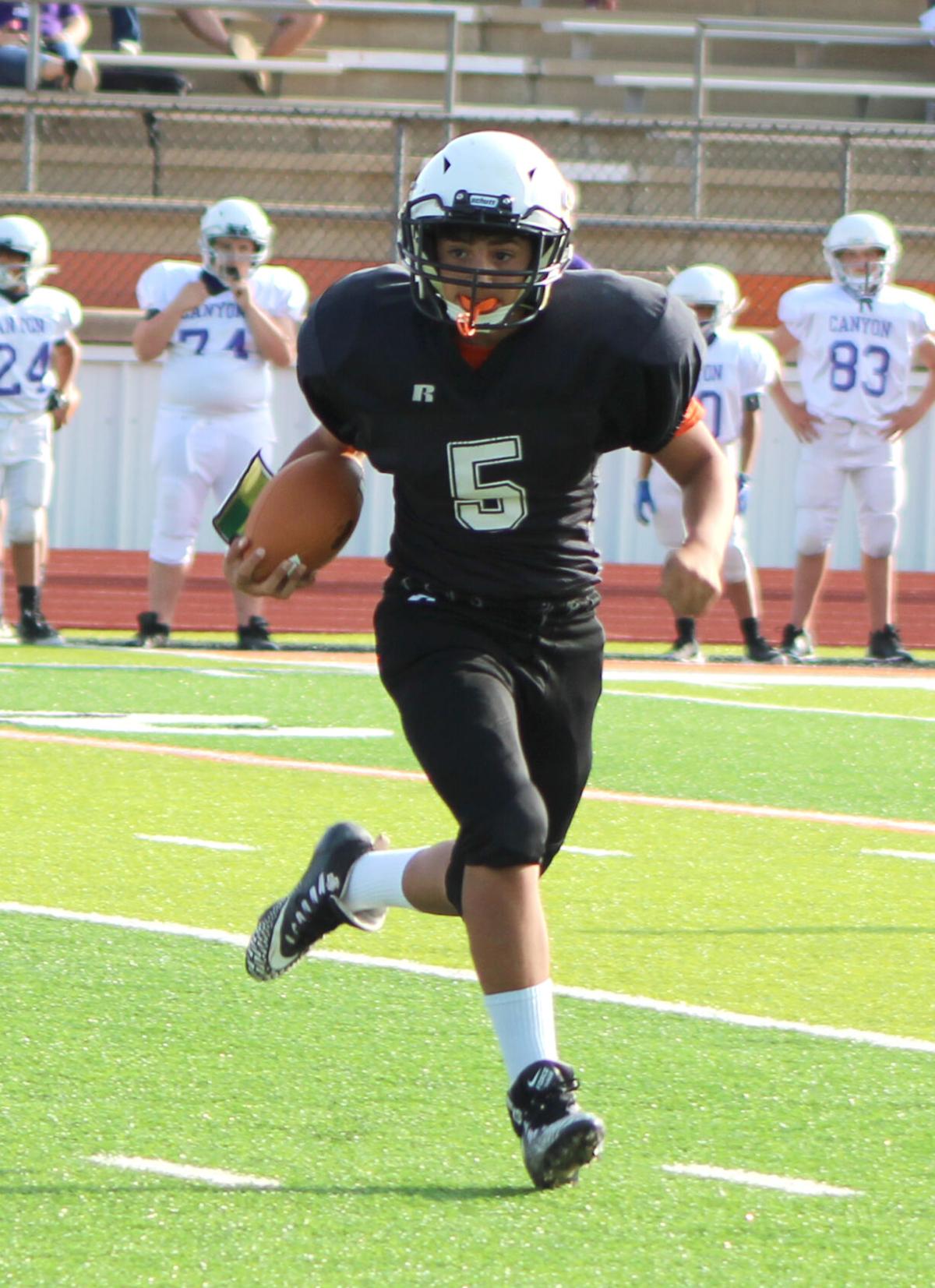 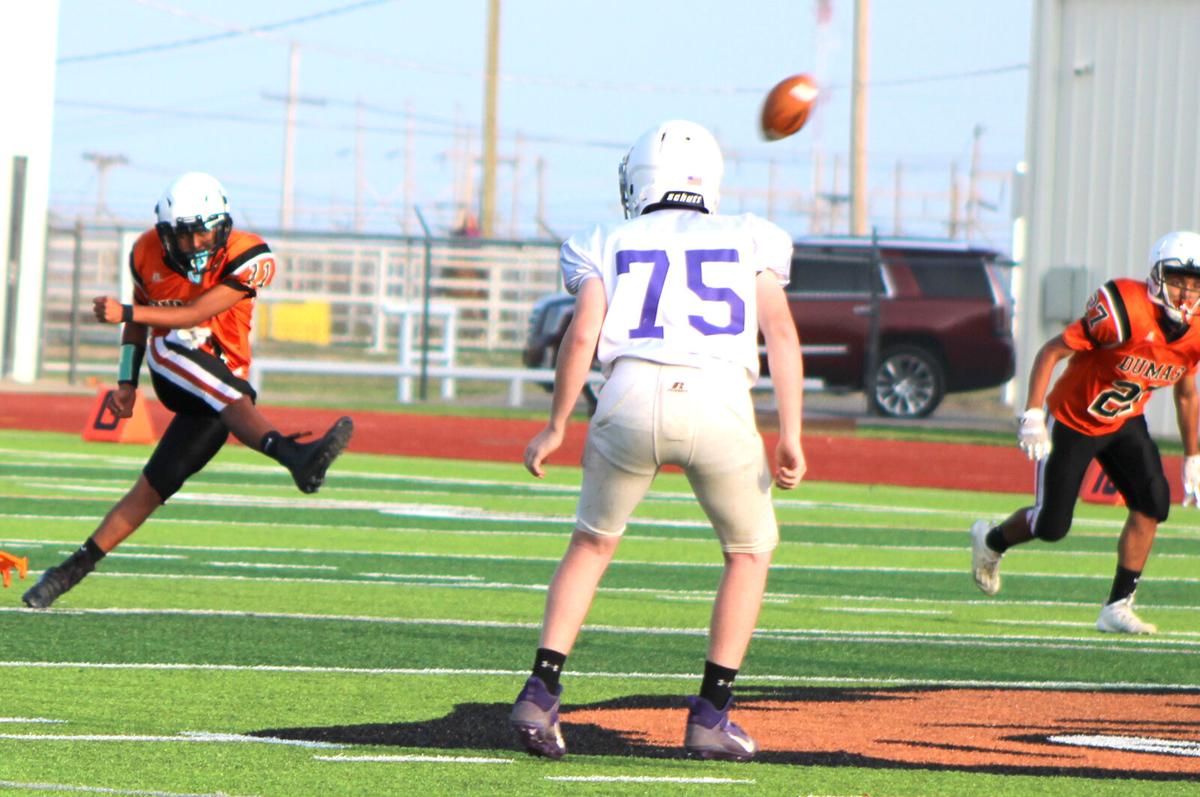 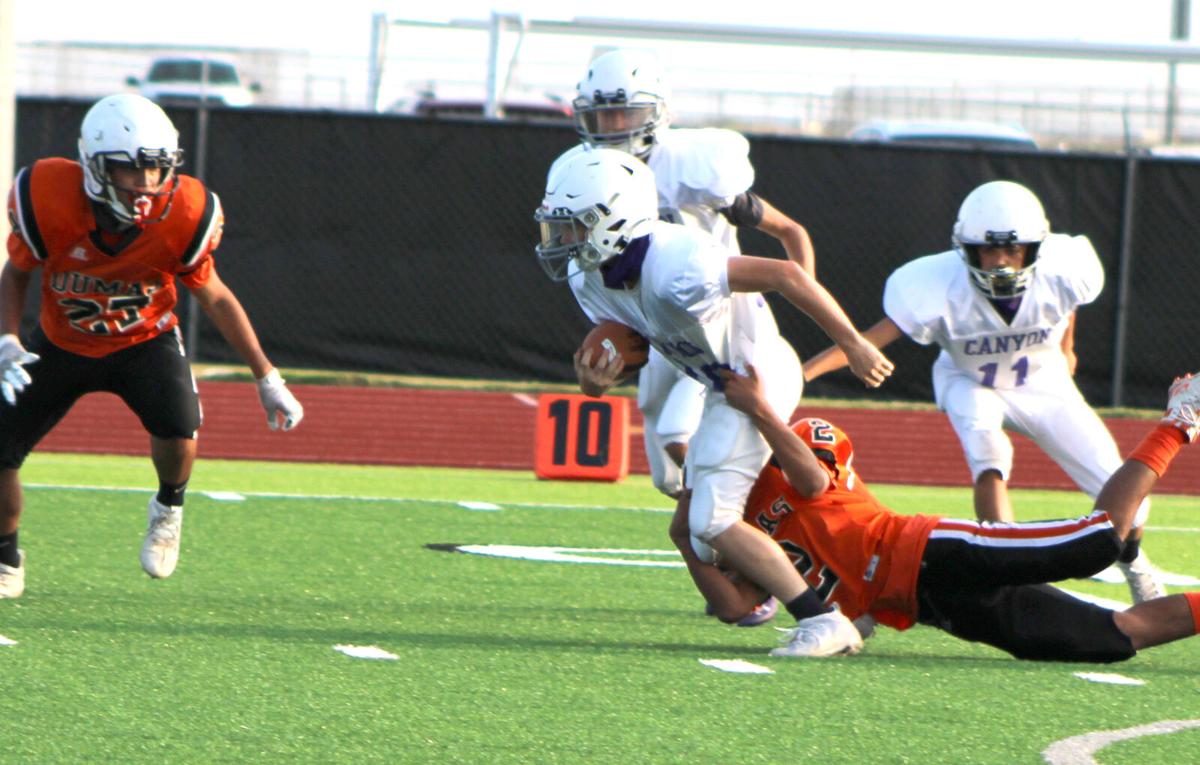 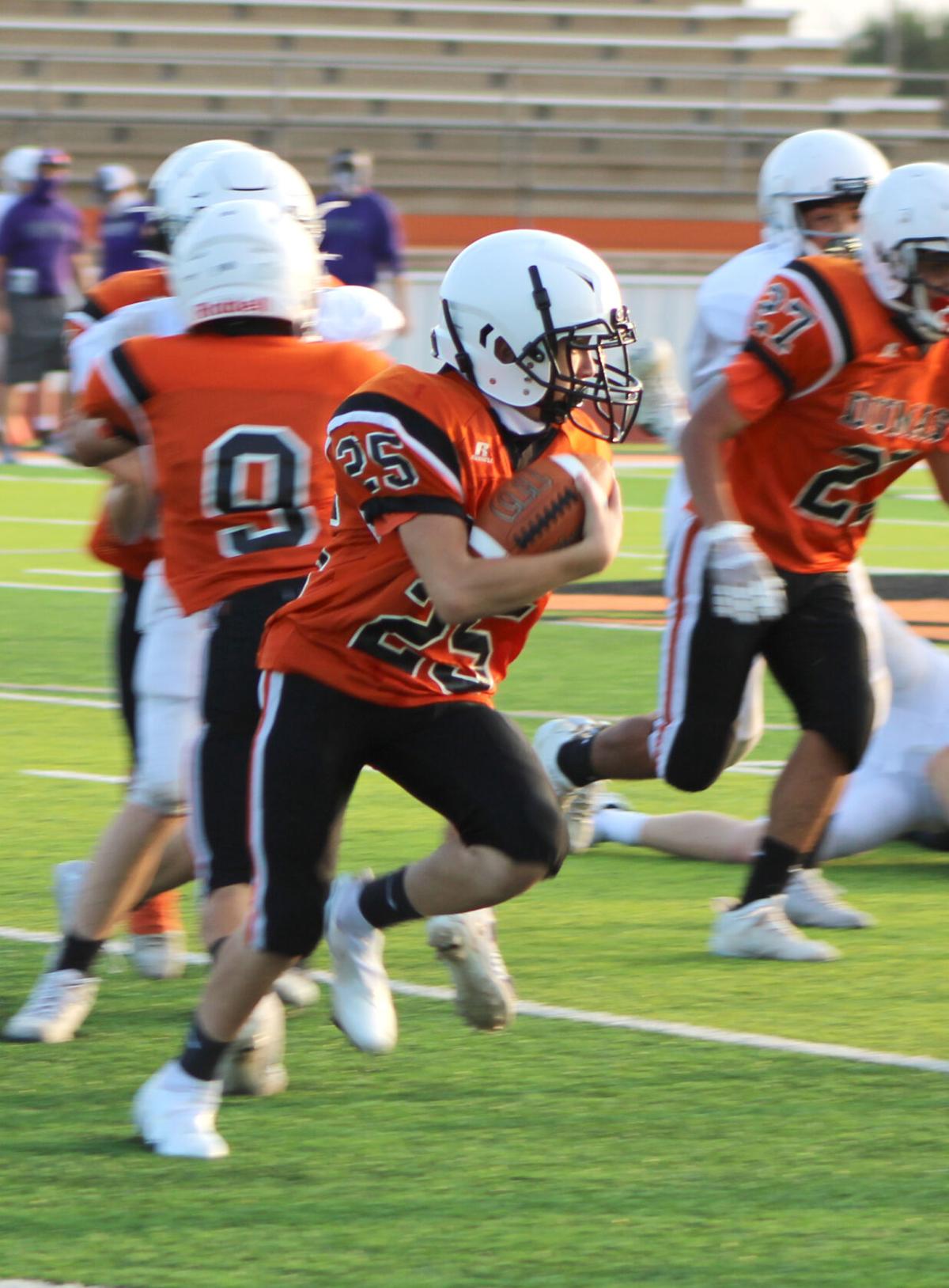 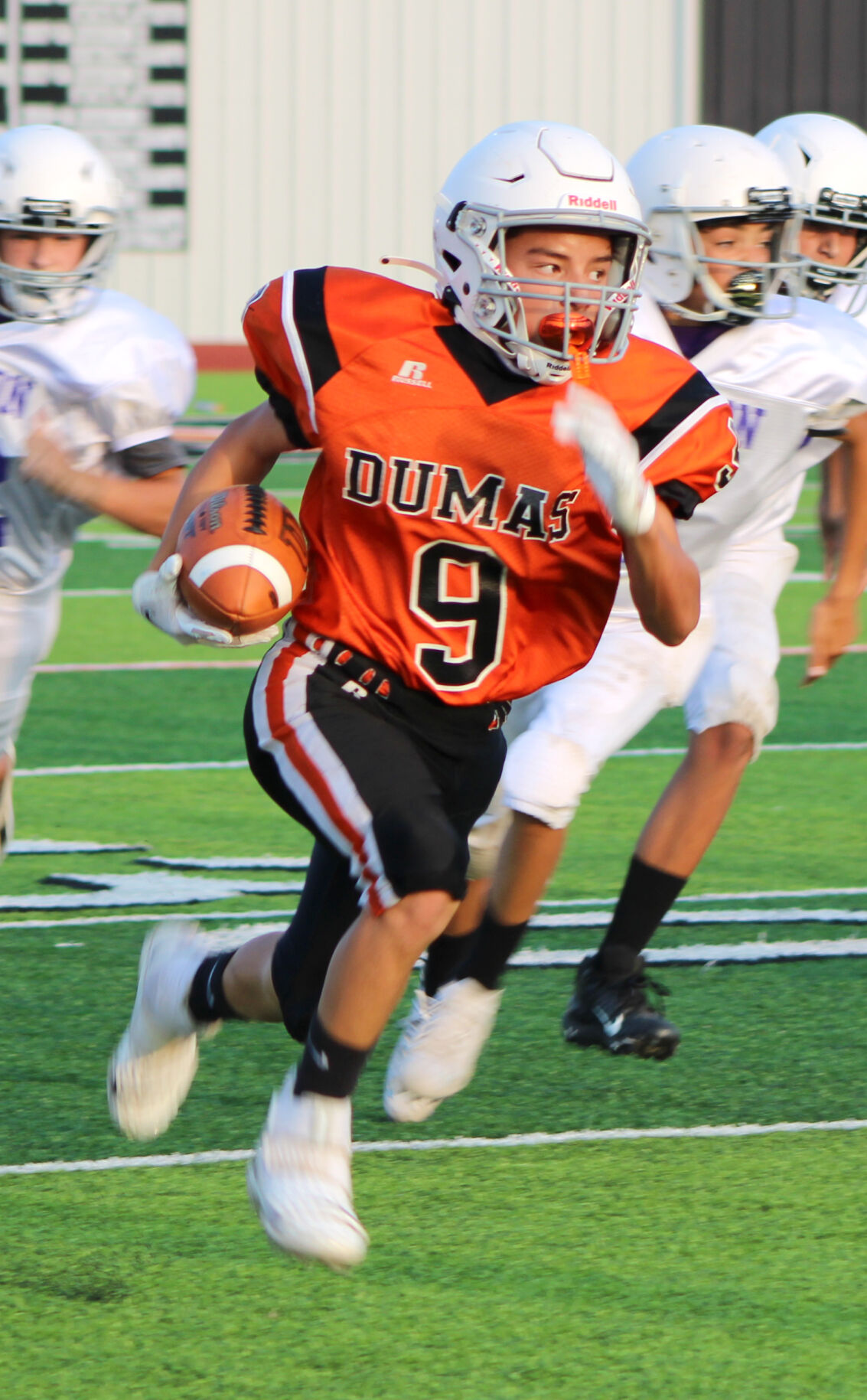 On Tuesday, Sept. 15, the Dumas Junior High School eighth grade football team took on the Canyon Eagles and had a bittersweet day, going 1-1.

First off, the Dumas Black team exploded for a 54-0 shutout. Led by quarterbacks Sadler Wieck, Arron Orrantia and Brennen Cox, the Demons scored seven touchdowns and converted on six for two point conversions. Wieck had himself a good day rushing for 75 yards and a 25-yard touchdown pass to Peyton Powers. Orrantia also chipped in 40 yards rushing, with one TD and two completed passes to Cade Weatherford and Cade Torrez. Also scoring for the Demons were Ezven Venzor, Zephaniah Garcia, Edward Martinez, and Xzavian Sartain, who blocked and returned a punt for a touchdown. The defense was led by coach Brok Diffendafer, who had their third shut out of the year.

The eighth grade Orange team fell behind quickly, but was able to claw themselves back into the game. Unfortunately, Canyon's lead was just too much as the Demons fell 40-38.

The Demons still had good things to build off of. Quarterback Lorenzo Ibarra went 8-of-14 with 102 passing yards and three touchdowns for the day. Jorge Mendoza, Eli Randol and Chris Soltero ran the ball well behind a good blocking by the offensive line for 151 yards and one score. The Demons wide receivers were led by Jimmy Estrada who had three receptions for 46 yards and one touchdown. Also making some nice stages were Johnny Marquez with two receptions for 32 yards, Edian Loera with two receptions for 15 yards, and finally Conner Fry who had one reception to go along with 11 rushing yards and a 75-yard kickoff return for a TD.  Defensively, the Demons were led by Dustin Coey who had eight tackles and one fumble recovery returned for a touchdown.

Next up, the eighth grade team will face off with Plainview Coronado at home on Tuesday, Sept. 22.