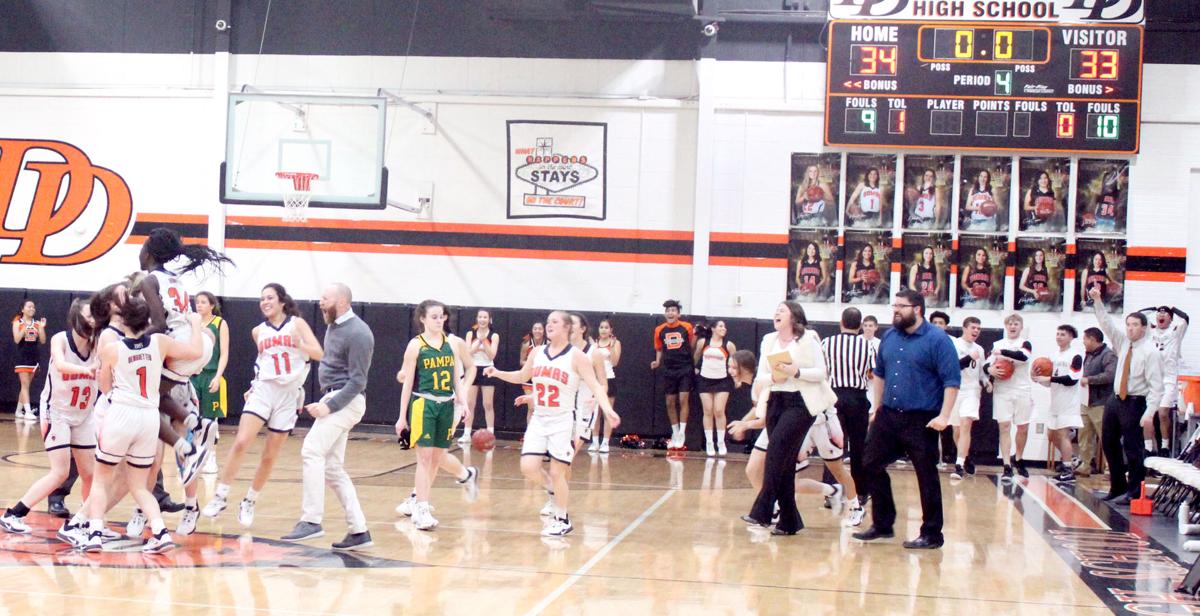 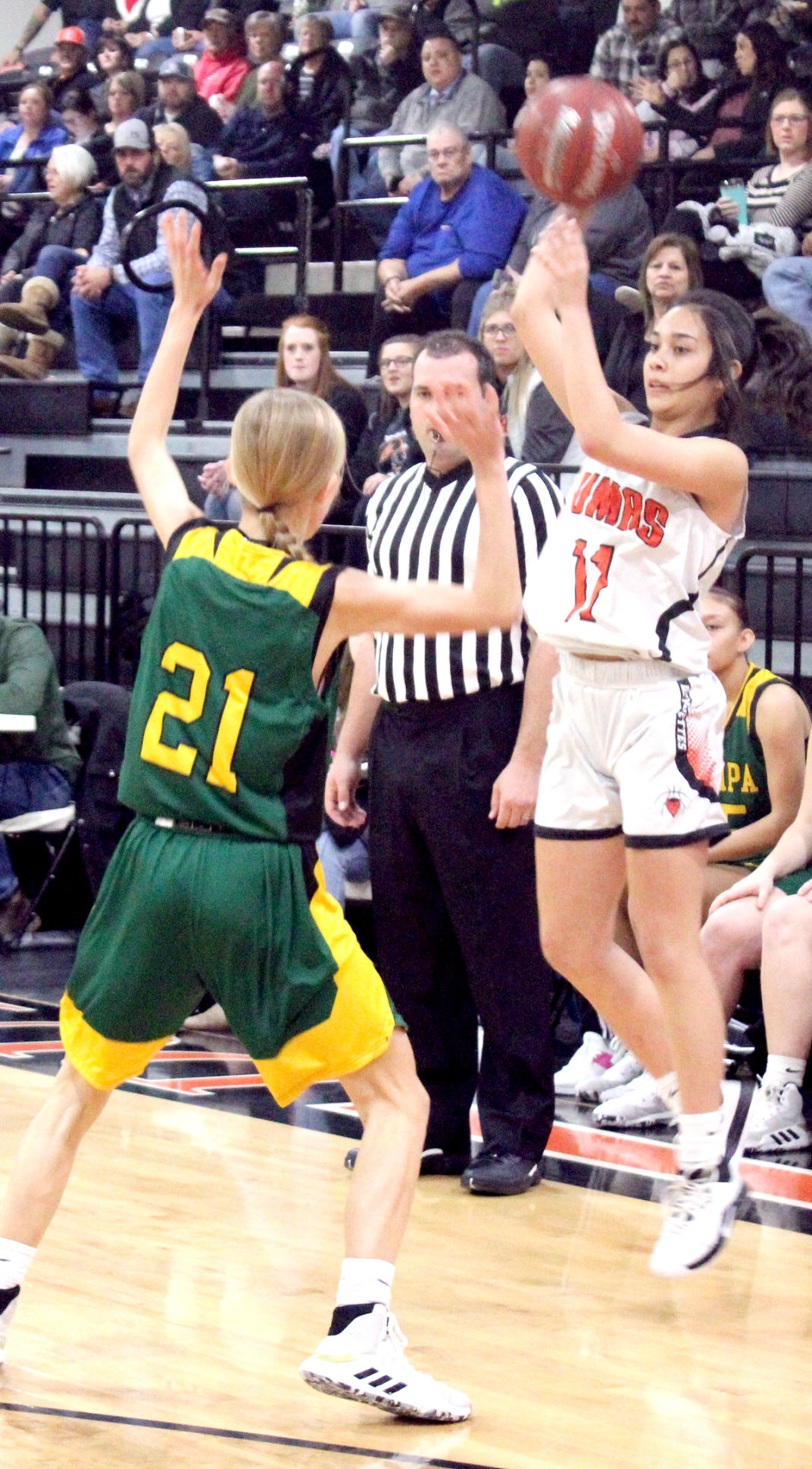 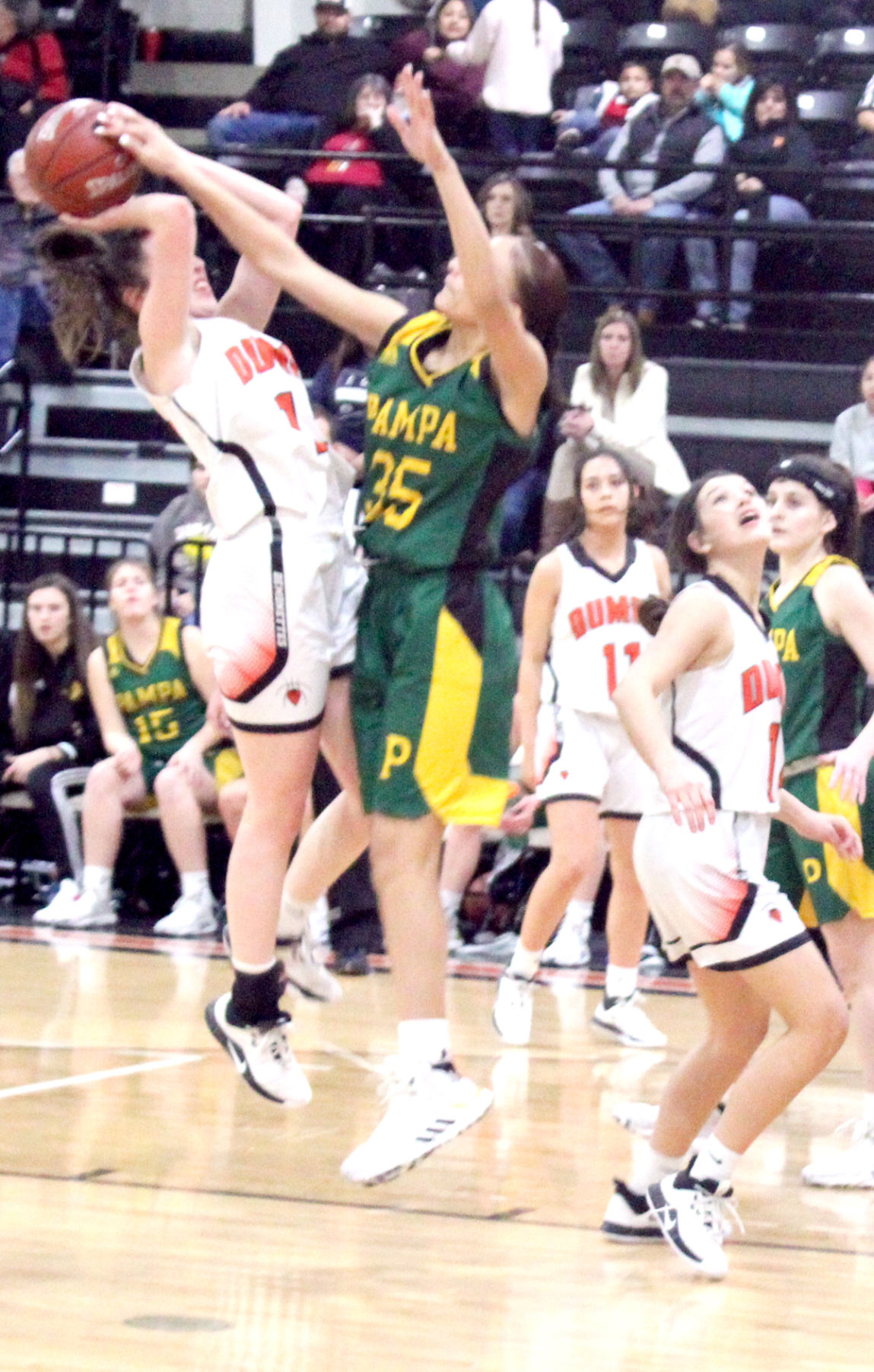 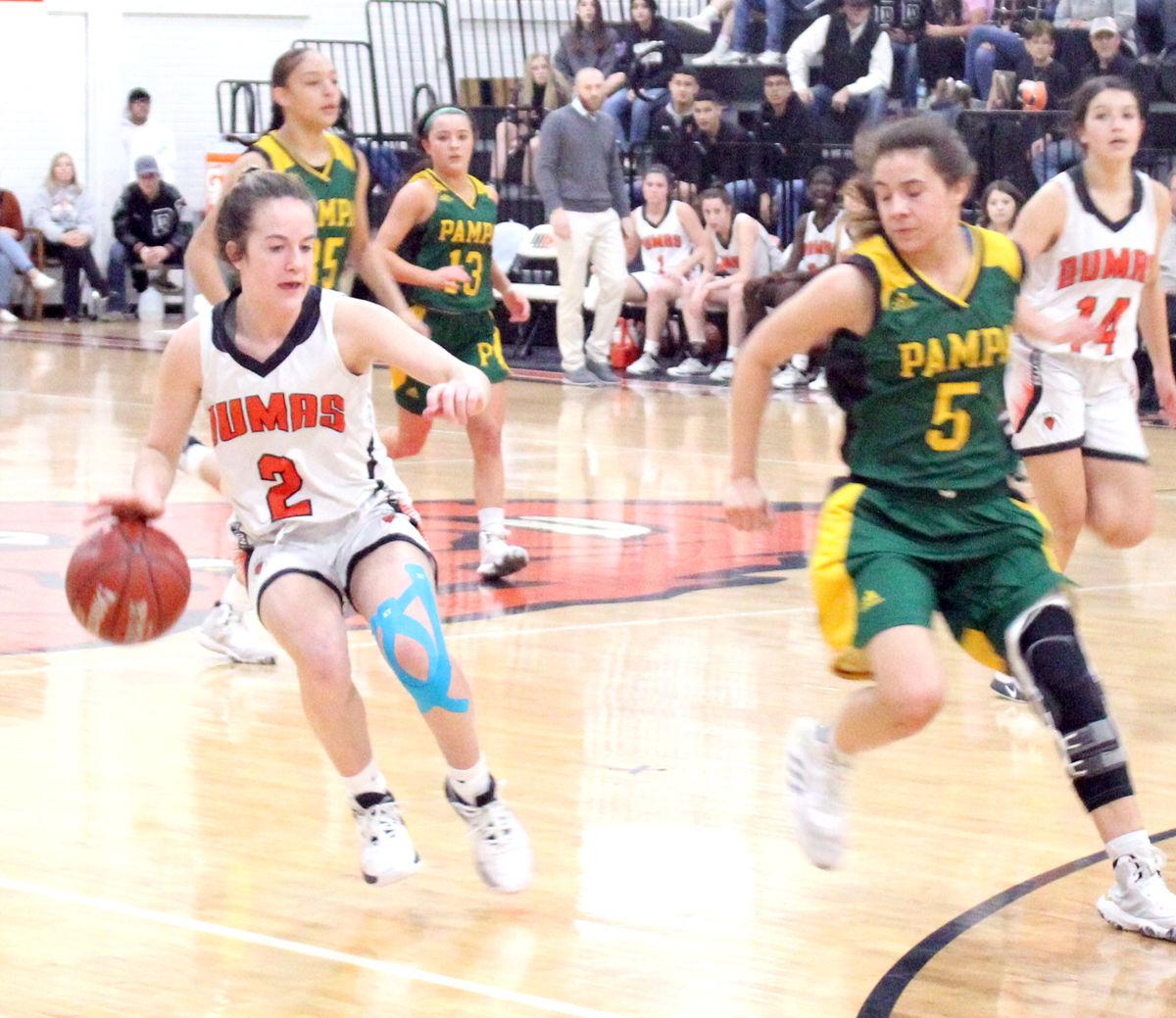 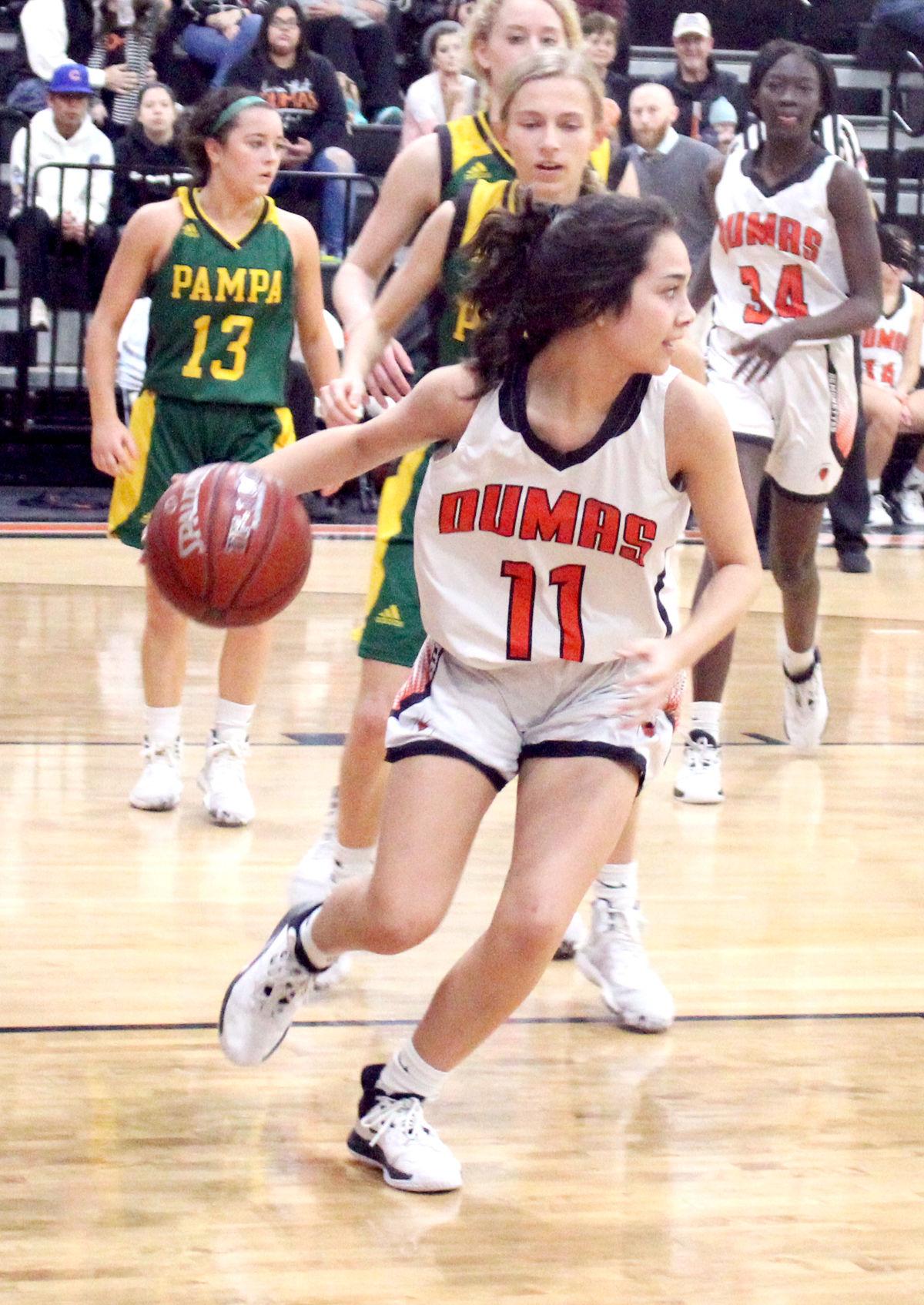 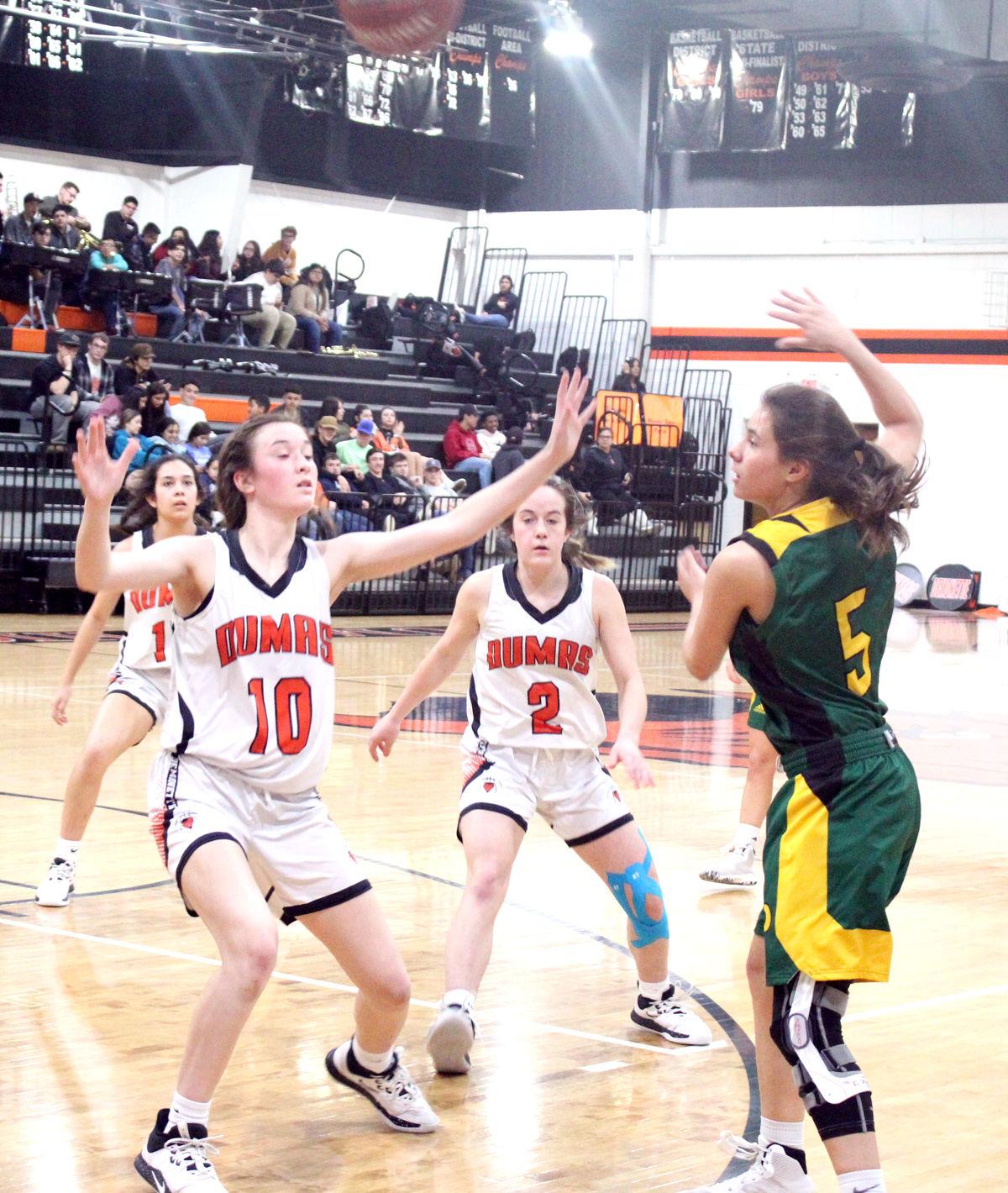 In the final game to close out the regular season, the Dumas Demonettes hosted the Pampa Lady Harvesters. It was a tight matchup throughout the contest with each team edging out their opponent by one at the end of each of the first two periods.

Pampa got on the board first and Dumas quickly tied the game at two. At the end of one, the Lady Harvesters were up 8-7 over the Demonettes. It was a low-scoring second half, but enough to give Dumas the edge as they went up 12-11 at halftime.

It became a battle in the second half as each team kept the score tight, with Dumas still leading by one after three periods of play, 23-22. Pampa came back and tied the game at 28 half way through the final period. They took the lead late, with just under three minutes to play.

Brenley Rodriguez regained the lead for the Demonettes with a two-point shot, 31-30. Later, Macie Medrano hit a free throw to go up 32-30 with 26 seconds on the clock.

After a Pampa time out, the Lady Harvesters scored a three from the outside and led 33-32 with six seconds in regulation.

The Demonettes made quick work of their next possession as Medrano drove down the court, and with a bounce pass, Sheda Madit shot the buzzer beater to get the win over the Lady Harvesters.

With the win, the Demonettes sit at .500 (15-15) on the regular season with a 6-2 district record and possible first place seeding in the district depending on the outcome of the contest between Dalhart and Perryton. Playoff action for the girls is set to begin on Monday, Feb. 17.