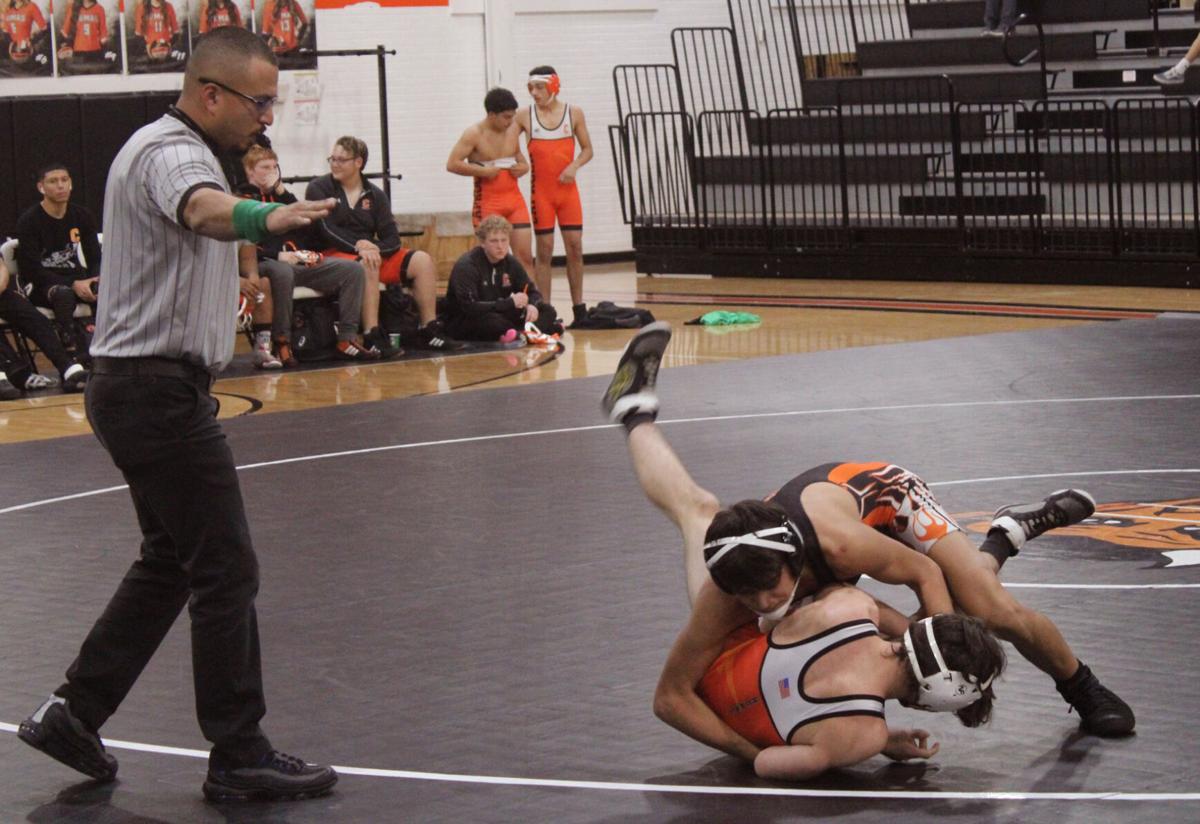 The Dumas Demon boys wrestling team kicked off its busy weekend as they fell to the visiting number one ranked Caprock Longhorns 38-28, Thursday, Dec. 9.

The Demons then traveled to Weatherford, along with the Demonette varsity wrestling team to compete in the Weatherford Triangular Duals Friday, Dec. 10.

The Demons walked away with a victory over Weatherford, 70-9, and South Grand Prairie, 40-35.

The Demonettes also came away victorious as they beat Weatherford 48-10 and South Grand Prairie 30-13.

On Saturday, Dec. 11, both the Demons and Demonettes traveled Burleson to compete in the Spartan Tournament of Champions.

The Demonettes were once again victorious and walked away tournament champions.

Brandon Smith walked away with second in 120 lbs, and Cannon Speck placed second in 182 lbs.

The Demons and Demonettes will see the mat again when they participate in the Colbot, Arkansas Tournament Dec. 17-18.